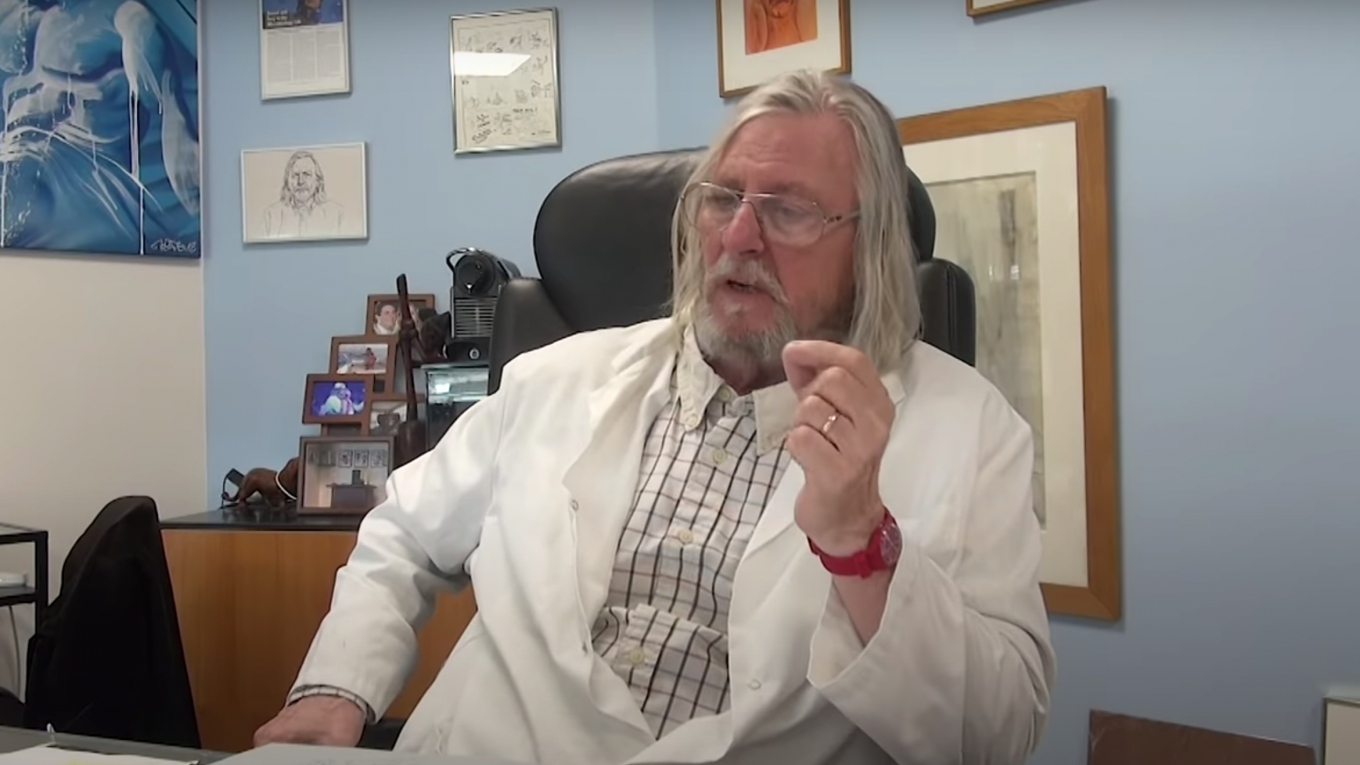 In this new interview, Professor Didier Raoult, of the Marseille University Hospital, talks about the evolution of the pandemic, which according to him is drawing to a close in Marseille, about the absolute need to treat sick people, about the ineffectiveness of the governmental response, about the ineffectiveness of two medications – lopinavir and remdesivir – and their associated clinical trials, and the issue of dealing in the medium and long term with undiagnosed pulmonary fibrosis in patients who recovered from the disease.

This is a transcript of the video below, in French, featuring Professor Didier Raoult, ranked the world #1 expert in infectious diseases by expertscape.

Q: Professor Didier Raoult, where are we at with the epidemic?

Here here in Marseille, we see that it is disappearing with a single case detected yesterday, despite the fact that we have tested more than 1,200 cases. So we can clearly see that things are stopping. The shape here has a bell curve. This bell shape in Marseille may be such because of the fact that we have systematically diagnosed and treated people. We know that treatment decreases the duration of viral carriage. In Marseille, the bell lasted on average half as long as what we see in most countries.

France and Italy have an average duration which is rather longer than that of half of the countries. They follow the same trend and we see that almost everywhere things are coming to a close, whether they are detected cases – on condition of knowing or not if we have all the detected cases – and the cases that are hospitalized and in intensive care. The dead will be a little longer because unfortunately there will be a few dead who are currently in intensive care, who will appear in the data, and we see that this episode is being resolved and that there is no second wave or camel back.

It’s the banal bell shape curve, and there will be some sporadic cases that will appear here or there eventually, if there is someone who is super contagious, there will be some cases around it, yet all that no longer translates a dynamic epidemic.

The epidemic is ending. (in Marseille)

Q: Regarding the therapeutic choices that can be made, what can inform the actions to be taken?

What we can already see is that, over time, with an epidemic like this one, there are things that should not be forgotten. In particular it is an epidemic with a virus that we do not know, that we did not know. So most of the speculation that was made about this virus was false. It’s a different disease, a different respiratory disease from the others. It reaches the lungs deep rather than above the surface, which means that the respiratory signs come very late, just before the intensive care stage.

Secondly, the fear of this epidemic, which seems to have invaded everything, must not end up replacing what is normal medicine, that is to say we must treat people, not leave them at home untreated. And besides, this is what has emerged both in Iceland and in Sweden, where they have very low mortality rates, and they prioritize the fact that they take care of the patients. That is, if you treat people, even if you don’t have the specific drug that kills the viruses, they will get better in the end, and there will be fewer deaths.

Our mortality rate, in people who were hospitalized at the IHU hospital, is 0 8%. So if you also use the treatment that is believed to work best, you will further decrease this mortality rate, particularly in the most vulnerable subjects. But already taking care of people, treating them, giving them oxygen when they need it, monitoring them – in this case it was also necessary to give them anticoagulants as this disease gives bleeding disorders – observing as you go, treating people. We cannot, in an epidemic, say “we don’t treat people.”

So I think there is something that is very surprising when we do not treat people, and then we prohibit people from prescribing drugs that could work, and we forbade doctors to do so. This does not prevent the people who were the richest and the wealthiest from finding out how to care for themselves. It’s the poorest, those who didn’t have networks, who didn’t get the medications.

These epidemics must not make us lose our nerves to the point that we forget what is medicine. Medicine is to take care of the sick, to treat them, to hospitalize them when they are not doing well, to correct their oxygen levels and, as knowledge becomes available, to improve the quality of care.

For therapeutic strategies, all of this became also confused because of a large scientific evaluation project, which is perhaps the reason why we did not want to treat people while waiting for there to be a therapeutic trial arriving, of which we will know the results when there won’t be anybody sick any longer, with molecules of which one was very unlikely to work. Lopinavir was by the way very quickly seen not to work.

The other medication probably could never have been used because it is not on the market, it could probably not be produced in France, is remdesivir by Gilead, and in any case it has a toxicity such as in 10 % of cases treatment has to be stopped. There is still no published evidence that remdesivir saved a single life. So you have to be careful before you throw yourself into things like that.

On the other hand, there is now more and more work which come from China, which are the only ones which have published very large series with us now, which show that hydroxychloroquine makes it possible to decrease the viral load, improve patients, avoid going into intensive care and increase life expectancy. In a study, 50% more people are saved in the observed situation. The only drug for which there is evidence published in reviews, with randomized studies that everyone seems to favor, is hydroxychloroquine, and the other two have never been proven to be effective. Never. I now know that journalists do the scientific analysis, but facts are not like that. Voilà.

What this also showed, this crisis, is that regarding the organization of care, and perhaps that is one of the reasons for which such decisions were taken, we were unable in this country to develop the systematic testing strategies that have been carried out in other countries. Yet it is commonplace. There are lots of people willing to do the tests. There has been an attempt to monopolize the ability to diagnose people, which is very deeply anti-medical. There is a real reflection to have, and we will have to think about the future because we cannot say: we do not treat people. We can’t ban doctors from treating people. We cannot prevent people from making a diagnosis, if we have the means to make it. There is really work to be done on this.

And finally, the real lesson is, to be ready for new diseases, you have to be quick, you have to be organized, and you have to have an open mind, because this disease has taught us a lot of things about respiratory damage, about coagulation. Now what we are seeing, and what we will have to organize, is dealing with sequelae, fibrosis in particular, which are in numbers that are not at all negligible.

What we are going to do now, what we are doing now, is to make a plan to detect as soon as possible the people who are going to have fibrosis. Because at early stages, there are therapies that can be implemented. Given the large population of people who have been infected and undiagnosed, I do not know how we can access these people who have not been diagnosed and have had this condition and may develop fibrosis.

This is another point on which we will certainly have to reflect, to know which is the best strategy, and I hope that it will be closer in any case to what I believe to be the right way to proceed than it has been so far, since my advice so far has not been followed and has not had much effect.

Transcript: please refer to the original video in French.