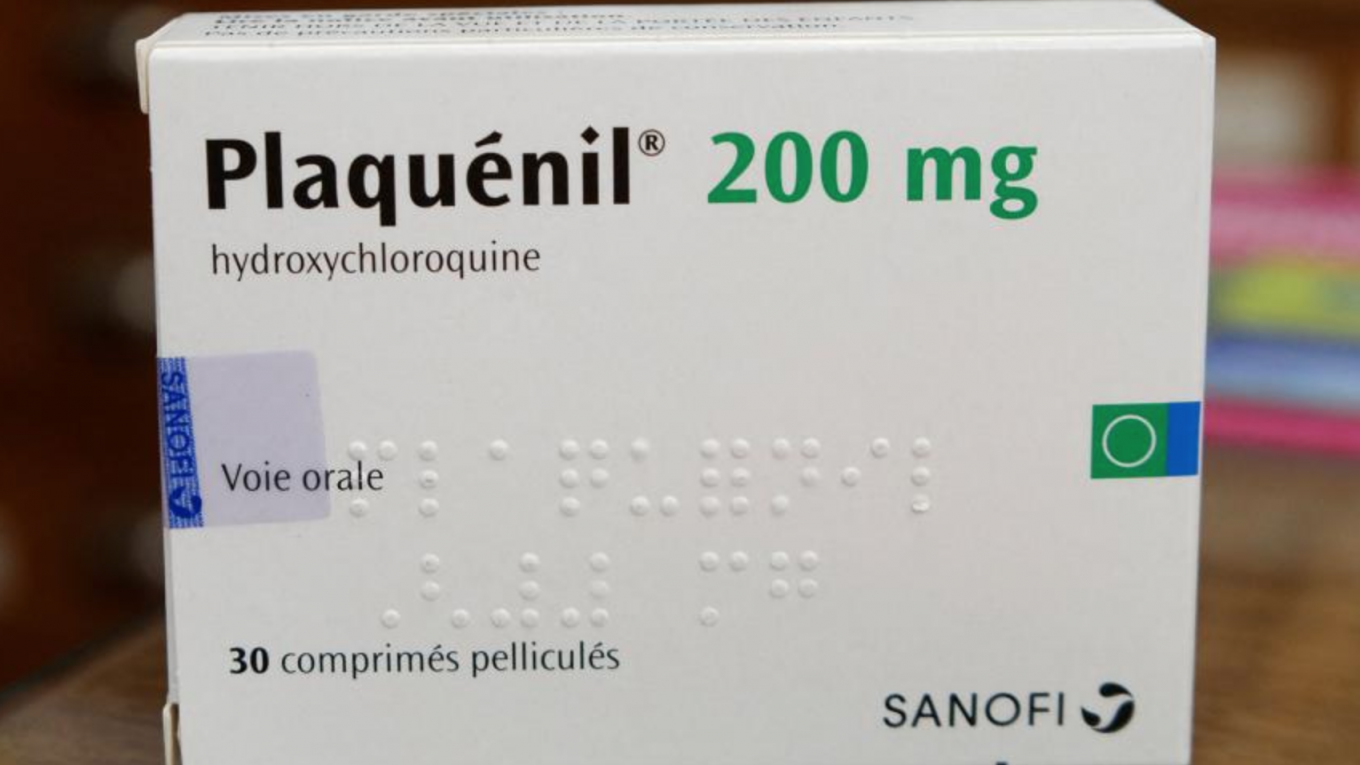 Note: this article is dated March 28, just days after the RECOVERY trial was announced. See linked below the follow up to this article, dated June 5, and which shows how irresponsible that trial was in the first place – as it was already known that there were better available therapies, combining hydroxychloroquine with azithromycin and zinc.

Here is brief analysis of the information available about the testing coordinated by Oxford University, and for which first patients have already been recruited.

This analysis covers only the most obvious flaws, that are blatant for an observer like me, who has both a science and economics background, with particular skills in policy analysis, not in infectiology.

What are my « credentials » regarding this. Well first I am French-speaker, so I understand the various articles, videos and information originating from the Infectiopole de Marseille, where Professor Didier Raoult and his team work. I also read lots of statements regarding therapies by distinguished French medical doctors confronted with the current health crisis.

While the initial research on treatments was mostly undertaken in China, what is going on right now in France is of considerable importance in solving this pandemic.

My second credential is that I have learned to take with a grain of salt the great scientists of this world. I have seen so much nonsense over the years, so that yes, I dare challenging scientists, even if they are from Oxford – a place where I thoroughly enjoyed studying but which is by no means always right, even if it’s often ranked as the #1 university in the world.

The UK approach to deal with the pandemic has fortunately improved, when compared with the beginning where infection seemed to be more a goal, to achieve herd immunity rapidly, whatever the huge costs in human lives.

Today, social distancing measures are now much more serious, and the prime minister may even display a bit more humility from now on, as he is himself infected with the virus.

Why is the study flawed? For several reasons. First, the study will use « placebo patients. »

While the research aims to compare 4 treatments — Lopinavir-Ritonavir; Interferon Beta; Low dose corticosteroids; and Hydroxychloroquine —  , it relies on a  so called « treatment arm » called « no additional treatment. »

In other words, those hospitalized patients in the « no additional treatment » category will be given a placebo.

If you are not fully aware of what it is, a placebo is just an inert substance or treatment which is designed to have no therapeutic value. It’s like a sugar pill.

In the Patient Information Sheet and Consent Form used for the research, patients are told that « There are no drugs of proven value against COVID-19.»

In the FAQs, one can read « We do not know if any of the treatments being tested will have additional benefits. Your study treatment may or may not help you personally, but this study should help future patients. »

Both assertions are clearly contrary to the results of the two studies conducted in France by Professor Didier Raoult’s Team, where a vast majority of participating patients were clearly helped by the hydroxychloroquine / azithromycin therapy.

For sure, the second study, released March 27, which had 80 patients and concluded that « we confirm the efficacy of hydroxychloroquine associated with azithromycin in the treatment of COVID-19 » was not available when the RECOVERY UK Trial was designed.

The previous study by the same team, however, available online since March 20 — https://www.sciencedirect.com/science/article/pii/S0924857920300996 — should have been taken into account and patients should have been informed that at least one of the treatments was better than no treatment.

Actually, the study, authored by Gautret et al., is cited in the references, but its findings are not taken into account in the actual research protocol.

One of the findings of the March 27 study is that « virus cultures from patient respiratory samples were negative in 97.5% patients at Day5. »

Will those researchers and medical doctors conducting the RECOVERY study refrain from telling the patients they recruit that if they take the same treatment as the one tested in France, they essentially have about 97.5% chance to test negative at Day 5?

Not telling them would seem to me like a gross violation of the Hippocratic Oath. It’s full unethical.

How could medical professionals give placebo sugar pills to patients when they know – or they should know – that one of the treatment is likely to cure them, while the placebo  « no additional treatment » « arm » will most likely lead to no improvement, to further deterioration of the condition of the patient and possibly to death?

Professor Didier Raout alluded recently to this very bluntly  – suggesting that some study methodologies are designed in a way that it would be like asking parachutists to prove the efficacy of parachutes, by participating in a double blind study, agreeing to jump, but only half would actually have functional parachutes on them. And then the scientists could count the death.

There are further issues with this research protocol. What will be tested for hydroxychloroquine is not what is recommended by Professor Raoult and his team. The hydroxychloroquine dosages are much higher at the beginning in the the RECOVERY protocol, while the French scientists were questioned about possible toxicity.

But what’s much more important is that the UK treatment does not seek to combine hydroxychloroquine with the azithromycin antibiotic, which delivers the best results in the French research. This was the treatment in the March 27 study that clearly achieved the best efficacy.

So the UK patients will not be provided the best hydroxychloroquine-based treatment available.

The higher efficiency of the hydroxychloroquine / azithromycin combination was already known on March 20, so the Oxford scientists should have taken that into account in their research protocol, which is dated 2020-03-23, but they didn’t, and rather came up with a higher initial dosage of hydroxychloroquine.

A final major problem with the RECOVERY protocol, when it comes to the hydroxychloroquine « arm » of the research protocol, is that it focuses on people who are already hospitalized, which means that a number of them may already be at an advanced stage of the disease.

The FAQs on the RECOVERY website reads « patients may be included in this study if they are at least 18 years of age, have COVID-19 confirmed by a laboratory test for coronavirus, and are in hospital. »

The study may even include patients under respirator, according to the Patient Information Sheet and Consent Form, to be signed by those volunteering to be patients for this research.

While many of these patients may benefit from an hydroxychloroquine-based treatment, this does not take into account a major finding of the French team of scientists, who stress that it’s important to treat patients early.

Some patients in the UK trials may already be hospitalized for a certain period of time and be in such a bad condition that it’s less likely the treatment will work. This does not mean that they should not be given the treatment.

Hydroxychloroquine will however likely be found less effective than if it was given as treatment to patients at the recommended stage of development of the disease.

The RECOVERY trial is an extremely important one, as it is aimed at guiding the UK government, and therefore the kind of treatment that will possibly be given to millions of citizens that will contract the virus in the coming weeks and months.

There are hundreds of thousands of lives at stake.

Today, the UK government is waiting for research results before authorizing chloroquine and hydroxychloroquine, or other treatments.

« Until we have clear, definitive evidence these treatments are safe and effective for the treatment of COVID-19, they should only be used for this purpose within a clinical trial. » stated the UK government in a March 25 media release.

Hopefully, the RECOVERY protocol will be totally revised to take into account the French research, which has considerable implications in terms of coronavirus therapy, once the flaws of the UK approach will become obvious to researchers and decision makers in the country.

But don’t hold your breath, and don’t forget, time is the essence. There is no time to waste on flawed research endangering the lives of patients.

While this articles focuses on the UK RECOVERY research, it appears that similar protocols have been adopted for the European-wide DISCOVERY program – no we are not out of the woods!

By the way, even if the Brits and the French tend to always have their differences, the human body and the physiology of the British people is the same as that of the French people.

The use of the hydroxychloroquine / azithromycin is now authorized in French hospitals, even if further research is being conducted in parallel.

The availability of an effective treatment is expected to have considerable positive effects for saving lives and for fighting the pandemic.

To be stressed here is how patients cured from the disease, at an early stage, don’t need to go to emergency rooms and can be discharged from regular hospital beds pretty fast, typically within a week.

This will considerably reduce pressure on hospitals, on medical and other staff working in hospitals. That alone would save numerous lives.

Regarding all those working in hospitals and other medical institutions, who too often contract the virus, it constitutes a very concrete therapy that can be dispensed to those testing positive and developing symptoms.

In my opinion, the best course of action for the UK would be to immediately embrace the French research results, after of course checking them for any unlikely flaw – the research is conducted by some of the best researchers in the world.

The hydroxychloroquine / azithromycin treatment should be made available as soon as possible, to all patients, shortly after positive testing for the virus, and the therapy should be administered with close medical supervision.

For sure, like the French, the UK should continue with clinical trials, but only safe trials, not with « placebo patients » and only to build on the current therapeutic knowledge, so that everyone can have access to a treatment that is at the very least as effective as the hydroxychloroquine / azithromycin therapy.