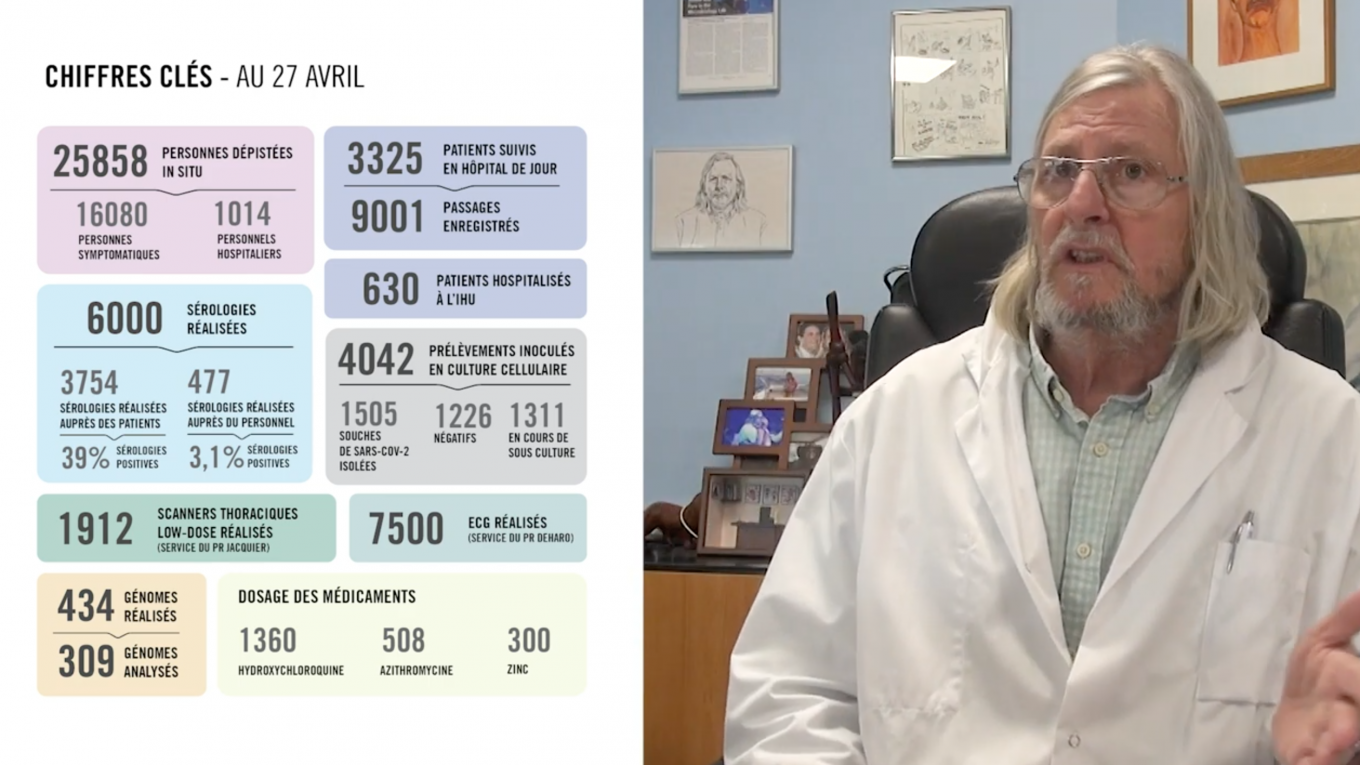 Here are some notes from the groundbreaking interview of Professor Didier Raoult of April 28 which covers the evolution of the epidemic, including its slowdown in various countries / regions; what we know today about the disease and its different phases; what is known about early treatment with hydroxychloroquine, including the risks; what is the role of medical doctors; and the progress made in France for intensive care treatment.

In the interview, Professor Didier Raoult, ranked number 1 among the world’s infectious disease experts, comments on the media treatment of the early treatment he recommends.

“Hydroxychloroquine, chloroquine, these are incredibly used drugs … I don’t even know how the media could have gone mad around this story. It is a real madness disconnected from reality … It was just needed to speak to any doctor to know that the plaquenil is harmless … All of a sudden, we learn it’s a toxic product . It is appalling, it is completely delusional … We must return to reason, reason must regain its rights, and we must stop considering that this drug, which was discovered 80 years ago, and which has been used since, became toxic in 2020.”

For Professor Didier Raoult, the majority of doctors reacted very well to the need to treat the disease. However, concerning doctors who do not intervene quickly and let the disease progress without treating it, he says that it goes against the principles of medical practice since … Hippocrates.

(note: these are notes taken quickly and then translated into English – please refer to the original interview in French)

Evolution of the Epidemic

In this new interview, the Professor first discusses the evolution of the epidemic.

The Phases of the Disease

Professor Raoult then comments on treatments for the coronavirus. He insists that now we know this disease well, and that there are several phases.

He first gives some figures:

Treatment of the Disease

Thanks to considerable experience with treatment and a database of 3,500 patients, here are Professor Raoult’s comments.

The Role of Medical Doctors

Regarding the role of medical doctors today in the crisis, here are the comments of Professor Didier Raoult.

About Treatment in Intensive Care