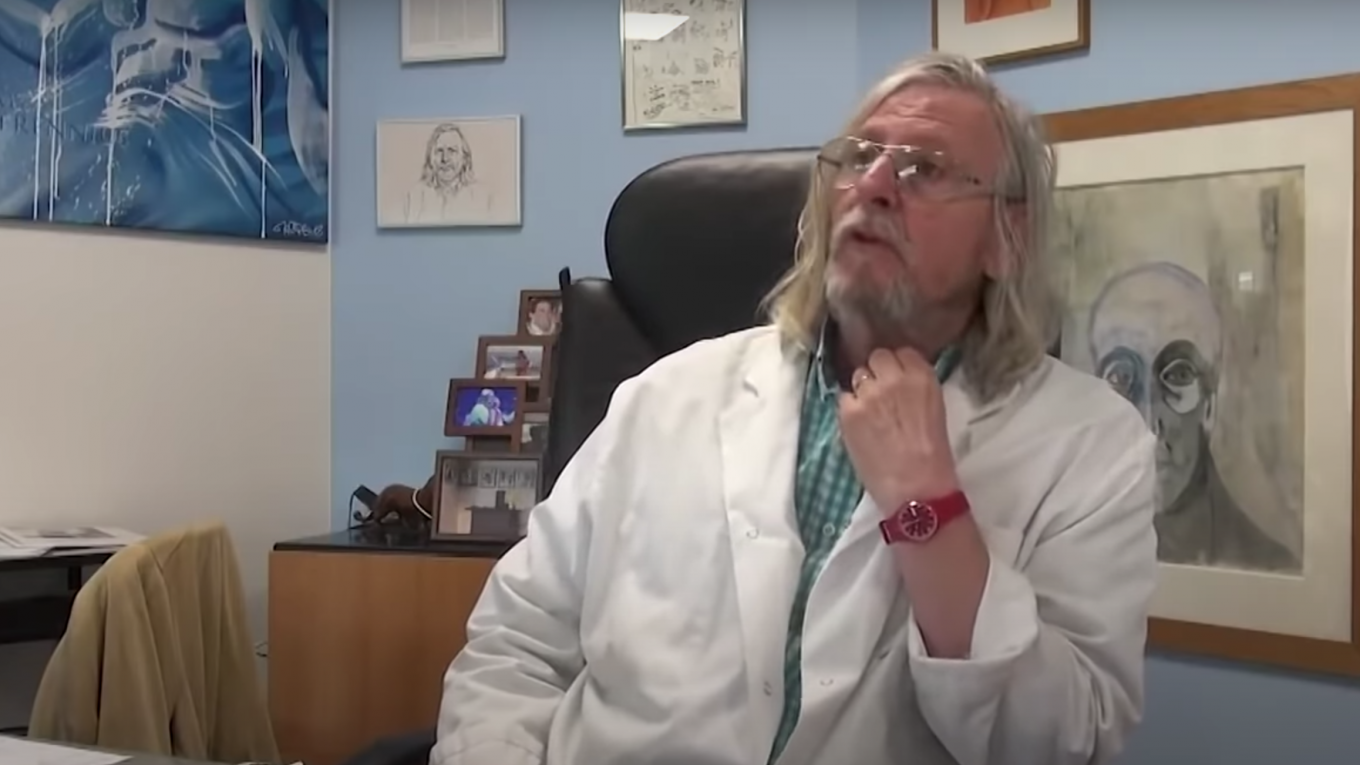 In a video interview today, Professor Didier Raoult blasted the recent publication in The Lancet that argues that hydroxychloroquine is neither safe nor effective.

The Lancet article made huge international headlines. It also prompted France’s Health Minister to urgently require a review of the permissible use of hydroxychloroquine, which is already substantially constrained in France.

Here are a few excerpts of Professor Raoult’s video, translated from his interview in French.

“The Lancet article’s opinion is a bit crazy”

“I understand people have some difficulties: politicians and journalists who hear one saying this, and the other saying that, but this is not my problem.”

“Here we have had nearly 4,000 patients. You don’t think that I will change my mind because some people do some big data analysis.”

“It’s a completely delirious fantasy, relying on data of unknown quality, mixing everything, and mixing treatments for which the administered dosages are unknown.”

“It’s certain that if you take too much hydroxychloroquine, you can commit suicide with it. Same thing with doliprane (paracetamol / tylenol) in fact, as it’s actually more dangerous than hydroxychloroquine. It’s the first cause of intoxication in modern countries. Yes, doliprane is dangerous.”

“How could you imagine that a foolish study relying on big data could change what we have seen by ourselves. We have done 10,000 ECGs here, all of them have been seen by a professor in heart rhythm, i.e. a cardiologist who specializes in the electrical analysis of the heart.”

“Maybe there is a drift in medical research journals, similar to that in the general media, where reality, where tangible things, that one can observe, are twisted in such a way that what is being reported has nothing to do with the observed reality.”

“We have finished our first large study with over 3,600 patients, which allows us to have a clear view of what’s going on. The majority of our patients were treated with the association of hydroxychloroquine and azithromycin.”

“Within that group, the case fatality rate was 0.5%. This is the lowest in the world.”

“I don’t know if elsewhere, hydroxychloroquine kills, but here, it saves many people’s lives.”

France’s health minister Olivier Véran, a neurologist by training, did not wait for Professor Raoult’s perspectives about The Lancet study.

This past Saturday, just hours following The Lancet publication, he gave 48 hours to France’s highest health authority – the “Haut Conseil de la santé publique” – to propose a tightening of the rules for prescribing hydroxychloroquine in the country.

Minister Véran’s reaction is highly controversial, as the existing rules for prescribing hydroxychloroquine in France are already seen by many medical doctor and observers as too strict, absurd and a cause of numerous deaths because preventing effective early treatment in most situation.

The study by Mandeep R Mehra et al, titled “Hydroxychloroquine or chloroquine with or without a macrolide for treatment of COVID-19: a multinational registry analysis” made the headlines around the world.

The study claims hydroxychloroquine has not only unproven effectiveness but is also associated with “decreased in-hospital survival” as well as cardiac issues.

The authors claim that hydroxychloroquine should not be used outside of clinical trials.