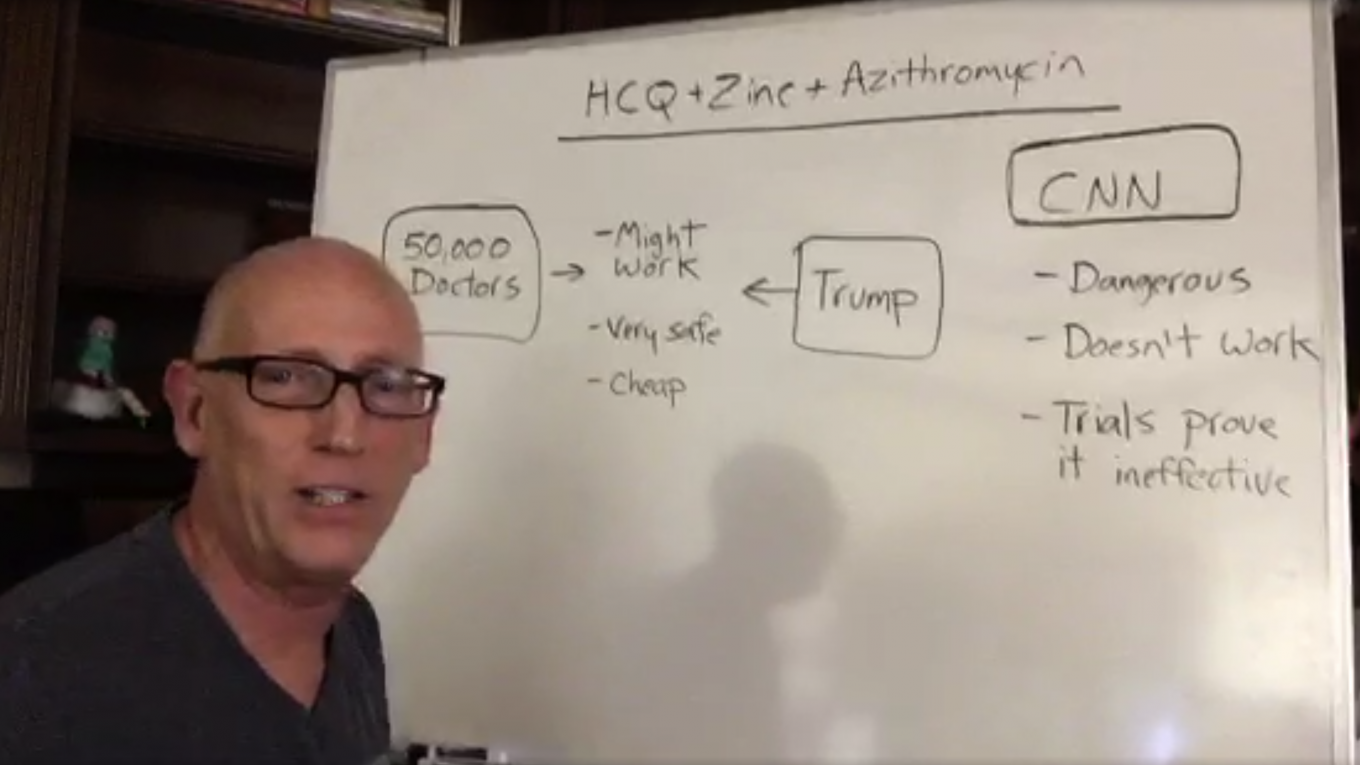 Scott Adams, the creator of the Dilbert, has a following of half a million on Twitter. On July 30, he published a 12 minute long periscope video, questioning the role of CNN in pandemic, in relation with the network’s stance against hydroxychloroquine.

“They (CNN) have chosen the risk management that would kill tens of thousands of innocent Americans just to screw Trump. Think about that. They have actually chosen, consciously, a decision they are selling as ’Trump being incompatible with the science’ when in fact he is 100% compatible with doctors, most of them … CNN’s position is opposite to the doctors … “

Scott Adams is the creator of the Dilbert comic strip, and the author of several nonfiction works of satire, commentary, and business. Adams worked in various roles at big businesses before he became a full-time cartoonist in 1995. He writes in a satirical, often sarcastic way about the social and psychological landscape of white-collar workers in modern business corporations. (Source: Wikipedia)