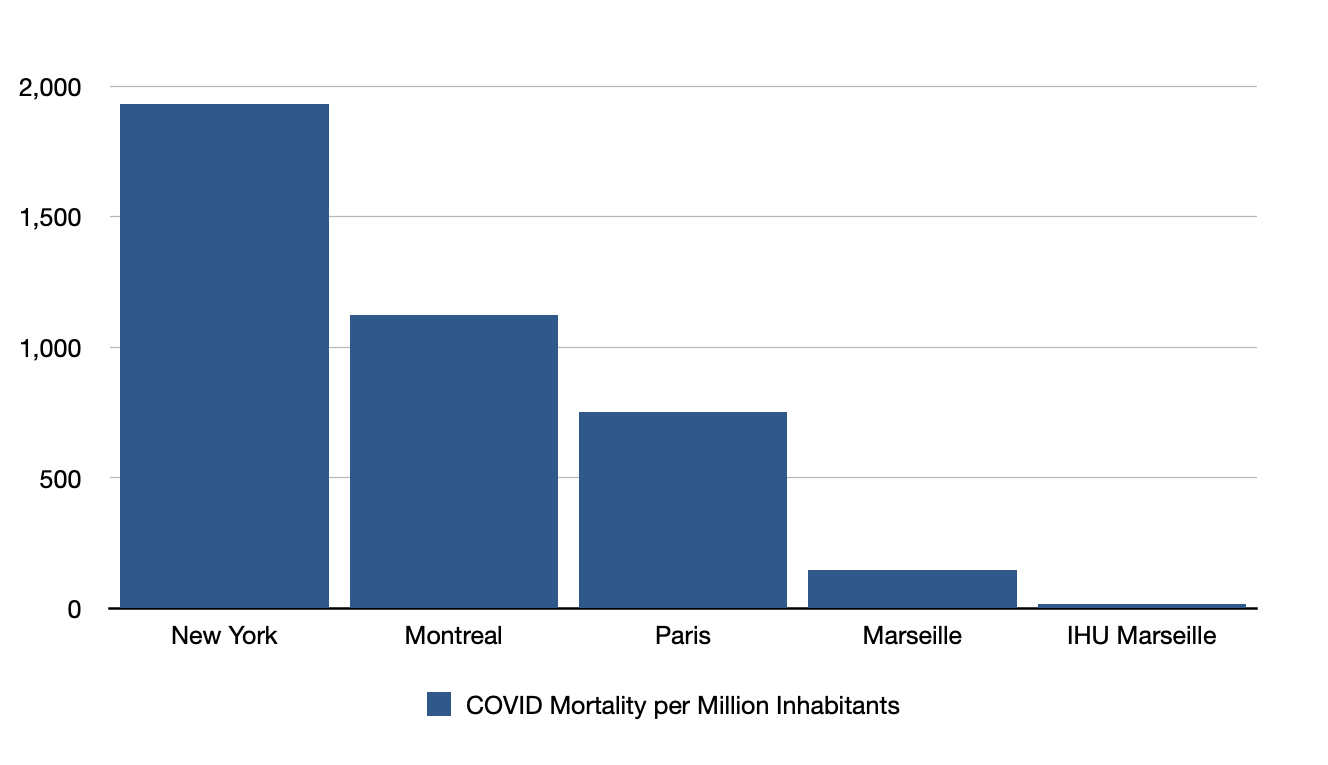 While the numbers for Paris are clearly bad, those for New York and Montreal are even worse, as we analyze in the second section of the article.

The table compiled by France Soir shows that, in Marseille, 3295 COVID patients were treated with the hydroxychloroquine – azithromycin bi-therapy, while 1564 were not.

In Marseille, the case fatality rate among those treated with the bi-therapy was 0.52%, while it was 8.63% for those who did not receive it.

Contrasting Mortality in France with New York and Montreal

While Professor Raoult opined that the mortality rate in the Paris area was considerable, it is still lower than those in New York and Montreal. Here are some numbers:

In New York City, the epicentre of the outbreak in the US, the death rate attributed to COVID-19 reached 1932 deaths per million inhabitants.

In Montreal, the outbreak epicentre in Canada, as of May 19, the COVID-19 mortality is estimated at 1125 deaths per million inhabitants.

In Marseille, for those treated at Professor Raoult’s IHU, it’s 0.52%.

In other words, the case fatality rate is about 20 times higher for COVID patients in New York or Montreal than for those treated at Professor Raoult’s university hospital in Marseille.