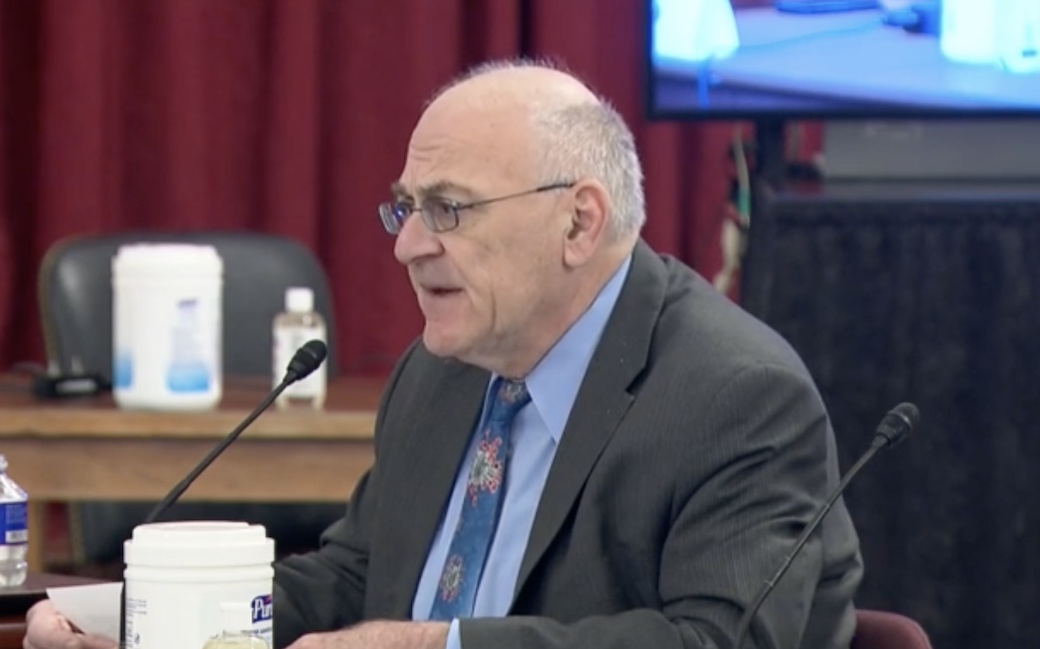 “Hospitals have become dangerous places for sick people. Patients must do whatever they can to avoid the hospital” – Professor Paul Marik, MD

Professor Paul Marik made a powerful testimony today at a panel convened by US Senator Ron Johnson and titled “Second Opinion.” (see extensive video excerpts of Prof. Marik’s remarks below)

The panel featured several prominent experts, including Robert Malone, Peter McCullough, Pierre Kory and several others, and sought to listen to their opinion about 4 aspects of the pandemic response: 1) limiting the spread; 2) outpatient treatment; 3) hospital treatment; 4) vaccination.

With COVID-19 becoming endemic and the pandemic waning, this Second Opinion panel looked more like an ex-post evaluation, a “post-mortem” of all what went wrong during the past 2 years in the US with the response to COVID-19.

There was certainly no expectation among the panelists that any corrective action will be taken by US medical authorities to address any of the identified flaws, as these are deeply entrenched into the system controlled by the NIH, FDA and CDC.

The panelists were extremely critical of the governmental response, which mostly focuses on measures seen as ineffective to limit the spread, and on vaccines now widely seen as ineffective, even if still recommended, for the current strains, particularly Omicron.

Also, an underlying theme was corruption, with many direct allusions for example to perverse economic incentives leading to ineffective hospital level treatments and in turn to unnecessarily high hospital-level mortality, and even to some governmental employees benefiting from vaccines sales.

To understand the big picture, one needs to refer to the discovery of early treatments back in March 2020, by Professor Raoult in France, Dr. Zev Zelenko in NY State, and some other medical doctors around the world.

The study of Dr. Zelenko’s practice, by Derwand, Scholz & Zelenko, revealed an 85% reduction in hospital admissions, with a simple early treatment protocol comprising 3 agents (HCQ, AZI & Zn) and being administered according to a risk stratification.

Since March 2020, the repression of early treatment has been intense in the US, first focusing on hydroxychloroquine and later on ivermectin. To this day, just a few hundred doctors in the US dare prescribing such early treatment protocols in the country.

The many constraints to their practices and the threats to their licenses, i.e. to their right to practice medicine, are still to this day very real, as was discussed not only by Professor Marik, who talked from direct personal experience about this, but also Aaron Kheriaty, MD, an expert in medical ethics who previously worked as a professor of psychiatry.

While Senator Johnson had already convened sessions on early outpatient treatment and on vaccine (lack of) safety, the topic of hospital level treatment had barely been covered before.

Here, Professor Paul Marik, who is an established medical authority when it comes to ICU level treatments, presented a genuine indictment of the hospital level treatment of COVID-19.

Particularly targeted by his testimony is the use of remdesivir, including the perverse financial incentives offered by the federal government to use this drug, which he considers ineffective and toxic.

Professor Marik expressed the perspective shared by others on the panel that hundreds of thousands of people, in the USA alone, lost their lives because of the failed governmental response, denying early outpatient treatment and essentially forcing ineffective hospital level treatment.

In his remarks, Professor Marik refers to Dr Fauci’s “sale” of remdesivir on April 29 2020 to then president Trump in the Oval Office.

This was a move we immediately questioned at the time, as it was relying on such flimsy grounds.

Quote: “Will this speech by Dr Fauci go into the history books as the proof that a therapeutic route now exists for COVID-19, or just as one of the most high-powered ever display of questionable scientific practice?”

Professor Marik also targets in his testimony the low-dose dexamethasone, which came out from  an Oxford trial, and which he also sees as a cause of unnecessary deaths because of the inappropriate, “homeopathic,” recommended dosage.

It must be noted that the highly questionable combination of remdesivir and low-dose dexamethasone is used as standard of care for the hospital-level treatment of COVID-19 not only in the US but also in countries such as the UK, Canada and Australia. Such countries are also known to actively repress early outpatient treatment and the use of cheap generic drugs for COVID-19.

Professor Marik then tells the audience how he was unsuccessful in his lawsuit against his former employer —  where he was just seeking the right to use the drugs he felt were the most appropriate for his patients.

Despite his amazing credentials, Professor Marik was terminated.

Here is a clip of his testimonial followed by a clip of one of his interventions in the Q&A period.

You may want to watch our December 2020 webinar with Paul Marik about COVID-19,