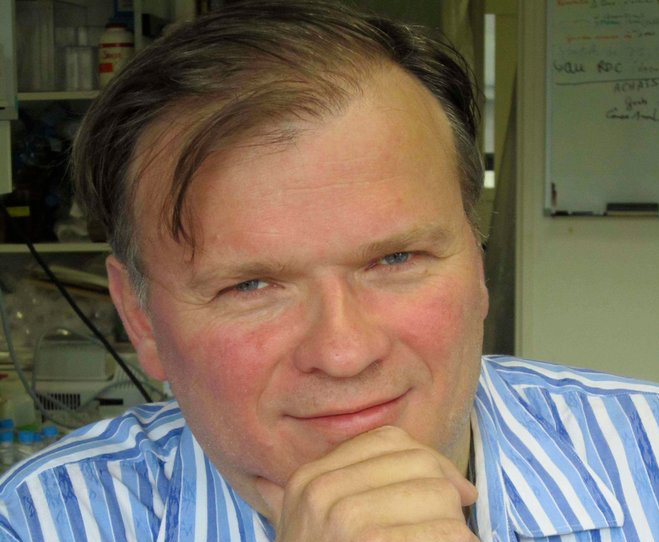 South Korea is often mentioned as an example of jurisdiction – and there are very few of them – where the COVID-19 outbreak was successfully brought under control.

We are now lucky that a comprehensive report, also available in French, was published about it. It’s titled “How did Korean democracy tame Covid-19? Analysis and narrative January 10, 2020 – April 15, 2020” and is authored by François Amblard, Physicist and biologist, former Research Director at CNRS and Professor, Ulsan National Institute of Science & Technology, South Korea Institute for Basic Science – CSLM.

Below is a graph to illustrate the South Korean success, which is not in Amblard’s report. It was produced using https://ourworldindata.org/ It contrasts new cases per million inhabitants in South Korea with France (a key element in Amblard’s report), Canada (where the author of this blog is located and where the South Korean experience is little known) and Sweden (a country now regularly put forward as an example because of its herd immunity strategy). The contrast is stark. The epidemic started much earlier in South Korea, yet the total number of case per million inhabitants is considerably lower than in the three other countries, where, unlike in South Korea, the total number of confirmed cases continues to substantially increase everyday.

The author, François Amblard, originally from France, provides a comprehensive review of what brought South Korea to have remarkably low fatalities, even if it was hit early, and pretty strongly. He insists that the South Korean success “is not due to the cultural or political peculiarities of this faraway country.” Rather, he sees this success “perfectly in line with the original spirit of our Western democracies, and with the respect for scientific knowledge that has underpinned the economic development of the West.”

“I hope that I have provided material that will enable the reader to neutralize many misconceptions about Korea, and prejudices that often quench our curiosity. Korea’s success in the fight against the pandemic is not due to the cultural or political peculiarities of this faraway country, but to the fact that it was ready to respond, with laws adapted to coherent and very rapid action, with a solid health infrastructure, and with a powerful industry. But that is not all, the practical implementation of these tools has been successful because of the massive support and cooperation of civil society with regard to the whole range of exceptional health measures. In accordance with the democratic spirit, this popular and transparent adherence was all the more natural and effective because action for the general interest was guided by medical and scientific knowledge, and with a fixed course of action under the command of health professionals. Political actors also played a very important role, which will be analysed in the second part of this report, to be published shortly. This recipe is perfectly in line with the original spirit of our Western democracies, and with the respect for scientific knowledge that has underpinned the economic development of the West. So how can we think for a moment that it could not be transposed to France? Why wait longer to do better ?”

This is a comprehensive report, that anyone interested in the pandemic should read. Below is the summary. You can access part 1 of the report here. Part 2 is expected to be published shortly.

South Korea contained Covid-19 by placing its Korean Center for Disease Control (KCDC) at the heart of the health crisis response. By law, the KCDC is mandated to manage the totality of health operations and enjoys for the purpose of its mission exceptional executive powers, with authority over the police and judiciary. All actions against the pandemic (screening, tracing, isolation, hospitalisation, etc.), as well as all the necessary administrative and legal tools, are thus placed under a single management. This remarkable cohesion has enabled a very rapid and vigorous response. Finally, currently under the direction of a woman, a Professor of medicine who had experience in fighting the previous epidemic, the KCDC enjoys a relatively independent authority recognized by all, as it is based on scientific knowledge, professionalism as well as transparent actions and communication. Being perceived as a politically independent body, its action has remained away from one-sided political criticism.

The rapid and massive implementation of the now well-known screening-tracking and isolation doctrine was made possible by this original legal and political context, not forgetting the mobilization of the health industry for the design of the tests in the first half of January, approved for marketing on February 4, i.e. 14 days before Covid-19 explodes in South Korea. The tracing of persons only concerns individuals who are proven to be carriers; it is strictly retrospective and only concerns the two weeks prior to the test. Apart from the telephone health follow-up, twice a day, of any person who tests positive during two weeks of isolation, there is no procedure for tracing, neither particular nor general. The database, hosted outside the government, is subject to a strict access control; all requests for information are recorded and will be destroyed at the end of the Covid-19 crisis. This April 15, 2020, the day of legislative elections under high health protection, no lifting of the measures in force has been announced. The school system is completely closed, and courses are gradually being switched to online or television. No re-opening is planned, and tens of thousands of digital tablets have been given to the children of families who have no internet accesses. As long as a vaccine or therapy do not exist, the KCDC will continue its role of pilot and keep its exceptional powers. To prepare for life during this waiting period, the Korean government is working with the companies and the education system in order to imagine more acceptable temporary and consensual modus vivendi yet refusing to compromise with the anti-Covid-19 doctrine.

The following is an account of a personal experience of the epidemic in South Korea. From first-hand documents and witnesses collected on site, it provides an in-depth analysis of the epidemiological, legal and medical tools implemented against Covid-19, as well as prospects for “exit”.