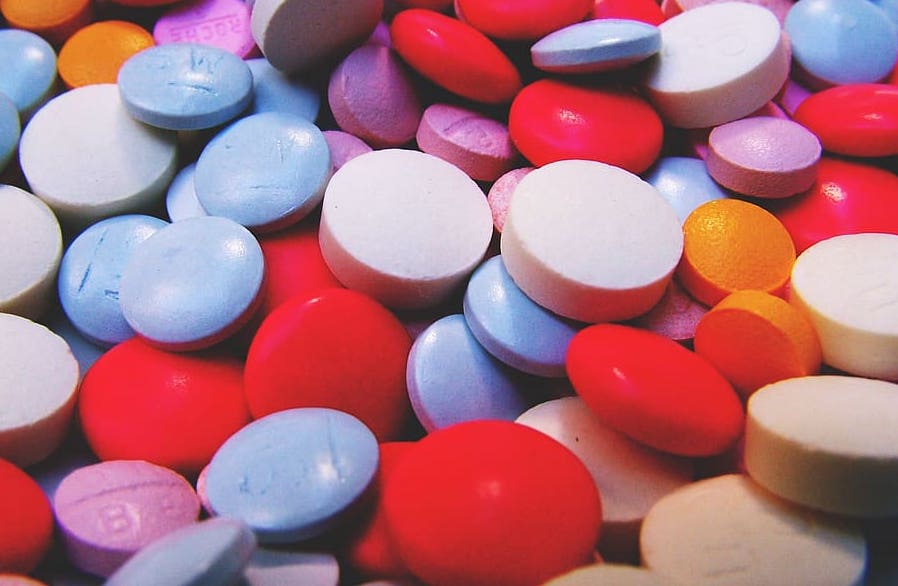 Randomized controlled trials are usually seen as the gold standard when it comes to scientific research. With the COVID-19 crisis, they are now at the forefront of numerous efforts globally to find a cure to the deadly virus. But randomized controlled trials are not without flaws. With the COVID-19 crisis, are they really what we need to rapidly progress towards effective treatment to be widely administered? The answer is no, and here is why.

The first obvious reason is that they take way too long. Many of the trials will be completed only somewhere in the summer. Others may take even more time. This is a totally unacceptable time frame to respond to the current epidemic and the escalating number of deaths. The Canadian province of New Brunswick took action last week and launched a provincial-wide treatment strategy, based on already available research. A key reason for doing so was that randomized controlled trials take too long and that « the storm would be over » by the time the results are available.

Second, randomized control trials typically assume that no effective treatment exists. It’s the crux of the vast majority of protocols. Two situations are compared: with or without treatment. But there is evidence, reached through other scientific methods, that effective treatment already exists. The research by French Professor Didier Raoult and collaborators relies on historical / retrospective analysis, and found hydroxychloroquine combined with azithromycin to be effective. Professor Didier Raoult justified recently his methodology, stressing that, historically, randomized controlled trials had not been of much help in the field of infectious diseases.

Third, randomized control trials are not agile enough, don’t provide much flexibility for the researchers to seek the best treatment possible. Today, findings by individual medical doctors, such as Dr Anthony Cardillo out of Los Angeles, who found that the combination of hydroxychloroquine with Zinc works very well for the patients he treats, move us faster towards effective treatment than large, long and expensive trials, with protocols often elaborated several weeks ago when knowledge was not as advanced as today.

Fourth, there is a huge ethical issue with having « placebo patients » in the controlled groups. In randomized controlled trials, up to 50% of patients will not receive any treatment at all. They will receive placebo, i.e. sugar, instead. When the Marseille research team learned from the Chinese that there were strong indications that hydroxychloroquine-based treatment was working, they concluded it was unethical, contrary to the Hippocratic Oath, contrary to the very role of the medical doctor, to administer placebos and thereby deny treatment to any patient volunteering to be part of a  research.

Fifth, volunteer patients can be grossly misled by the researchers and institutions conducting the randomized trials. This is made clear in the consent forms they have to sign to participate. For example, in the UK-based « RECOVERY » research by Oxford University, under the umbrella of the « DISCOVERY » initiative of the World Health Organization, patients are asked to approve of statements such as  « There are no drugs of proven value against COVID-19. » This is a falsehood if the Marseille and Chinese research are taken into account. « We do not know if any of the treatments being tested will have additional benefits. Your study treatment may or may not help you personally, but this study should help future patients, » reads the RECOVERY website.  Of course, who would consent to receiving placebo treatment if the full available information, including the therapeutic successes achieved in various parts of the world, was provided! Many people in these trials are in a very weak situation, are sick, are afraid to die, and yet they want to do the right thing, hoping to save lives. They are heroes. But they unnecessarily, and unknowingly, risk their lives by participating. It’s just amazingly sad this is all happening in the hands of medical doctors, especially when other medical doctors, in other parts of the world, are achieving in their medical practice successful therapeutic outcomes with hydroxychloroquine-based treatment.

Sixth, the ethical issues are even deeper when researchers undertake studies on particularly vulnerable patients. The most outrageous example probably is the « hycovid » trial by the Anger university hospital in France.  This has nothing to do with the Marseille research. There is a total of 1300 patients in this trial. There are 650 placebo patients who will receive glorified sugar candies. The other 650 patients will receive a treatment, but it’s not even the most effective treatment currently available. These patients will receive Hydroxychloroquine alone, without the recommended addition of Azithromycin. According to https://clinicaltrials.gov/ there are two key « inclusion criteria » in the research: either being 75 year old or older or having a peripheral oxygen saturation (SpO2) ≤ 94%. These are obviously highly vulnerable patients. The scientists, in their public statements, claim that the research will close the debate about hydroxychloroquine, which is an utter nonsense. In fact, hundreds of lives are at risk in this trial. Meanwhile, the researchers are appealing to the general public for generous research donations.

Seventh, beyond the inhumanity of many of these trials, there are major methodological flaws. What is typically being tested here is hydroxychloroquine, or a combination of hydroxychloroquine and azithromycin, administered in a hospital setting under close medical supervision. There is ample consensus that, under such conditions, the risks are extremely low, especially if prescribed by a doctor.  Hence, even treating a hypothetical patient who would have a bad cold, have tested positive to COVID-19, but with treatment under a doctor’s prescription ie outside a randomised study), even if the Covid-19 test were actually a false positive, the treatment should not be a danger to the life of the patient.  Indeed, if the treatment could even save say 50 or 60 percent of patients, (who would have otherwise not been successfully treated), that would already be great great outcome, in the absence of other treatments.  When it comes to seasonal flu vaccines, there is never an expectation that they would immunise over 95% of the vaccinated people. In 2019 for example, the flu vaccine was estimated to have achieved 45% efficacy. That’s much better than nothing. Flu vaccines are used, even if they never achieve a very high efficacy. See a discussion of flu vaccines on the CDC website. Researchers for COVID-19 treatment, on the other hand, typically seek a very high level of confidence (eg 95% or maybe even 99%).  In other words, they want to avoid a Type 1 error of more than 5% or even 1% (respectively) , which is the statistical risk of rejecting a hypothesis about the effectiveness of a treatment, when in fact the hypothesis would have been valid in the whole population.  Whether or not such type-1 error probabilities are suitable depends on what the ambition is of the null hypothesis about the effectiveness of a treatment. If the null hypothesis is over ambitious, like “Treatment improves outcomes for over 95% of patients,” it will require not only very large samples and control groups, but also will reject the treatment even if it is say effective for 80% of treated patients, which would already be a very helpful outcome and much better than what is found acceptable for a flu vaccine. The achievement of lower and lower type-1 error probabilities require potentially large samples, with very large control groups, including very large placebo groups, with the deadly consequences already outlined.  And they also make the studies last a long period of time – time that is not available with the current crisis. It is vital that the design of treatment trials are mindful of what the treatment target (null hypothesis is), what the exact treatment protocols are (dosages, concurrency with other drugs, timing of application etc), and not make erroneous conclusions about the efficacy of others’ research. “Wasting” human life, in the name of science, by indulging in ever increasing samples of controlled trials, especially when it’s for treatments which have not yet even had anecdotal evidence of success, is unethical, and is seen by some as smelling of the behaviours of Nazi Germany. The « one size fits all » approach of the randomized control trials is not serving at all the fight against COVID-19.  Sadly, much of this research appears to be flawed, influenced by competing opinions and vested interests of zealous scientists or sponsoring drug companies, yet it’s spreading all over the world, nearly as fast as the virus itself.

Eight, it looks like the large, and slow, randomized controlled trials are also favored for the self-interest of research institutions. A week ago, I received this message from the University of Oxford, where I studied: « COVID-19 research requires an unprecedented response. Your gift today will have immediate impact, allowing us to accelerate time-critical research to develop solutions.  Please support our research. » The response on Linkedin was instantaneous: « fantastic news », « donated! », etc.  Yes research is big business. For and non for profit organizations alike are seeking the reap benefits from the crisis. Oxford University is the key institution behind the above mentioned « RECOVERY » trials, which mislead patients about already available therapies for COVID-19. Randomized research protocols are spreading all over the world. It’s big business, both commercial and philanthropic. In France, the macabre « hycovid » research alone secured 850,000 euros! Lots of the research may already be obsolete, as just implementing what was decided at a WHO sponsored meeting in mid-February. Yet, as donors have no clue, they provide generous funding. Everybody will be fine and feel good about this, except of course for the existing and future patients who need treatment now.

Ninth, while countries such as the UK are scrupulously waiting for the results of the randomized controlled trial research before making any decision, to the point of possibly letting their Prime Minister, now in intensive care unit, die from COVID-19, there are other countries where hydroxychloroquine-based treatment is widely used, such as Italy, Spain and USA. An increasing number of doctors worldwide know that hydroxychloroquine works, even if many of them logically seek clearer guidance and additional information. A recent international survey of 6200 physicians showed that 37% of medical doctors responding ranked hydroxychloroquine as their number one therapeutic choice against the disease, out of a list of 15 options. In Canada, in late March, medical regulators introduced sanctions against doctors hoarding hydroxychloroquine and azithromycin. Yes, some doctors had been caught stockpiling the medications, for their families, for their friends and patients. They were not stockpiling placebos! They were stockpiling the medication, very probably because they already suspected it worked. In the US, while the country has already stockpiled 29 millions of doses of hydroxychloroquine, there is still vast pushback. But there is a bit of hypocrisy in the air too. Two of the most prominent proponents of large randomized control trials are White House Health Advisor Dr Anthony Fauci and Columbia University Epidemiology Professor Ian Lipkin. Despite the systematic pushback he exerts against the president regarding Hydroxychloroquine, Dr Anthony Fauci admitted in an interview that, of course, he would prescribe hydroxychloroquine to coronavirus patients. For his part, Dr Ian Lipkin, also famous for having served as medical advisor for the Contagion movie, actually took hydroxychloroquine himself as a cure for COVID-19.

This is actually a real poll! 87% say the official messaging is false! It looks like the twitosphere is very far from being convinced by what the Canadian health authorities are claiming, namely vaccines’ effectiveness & the need for more boosters, including for pregnant women.