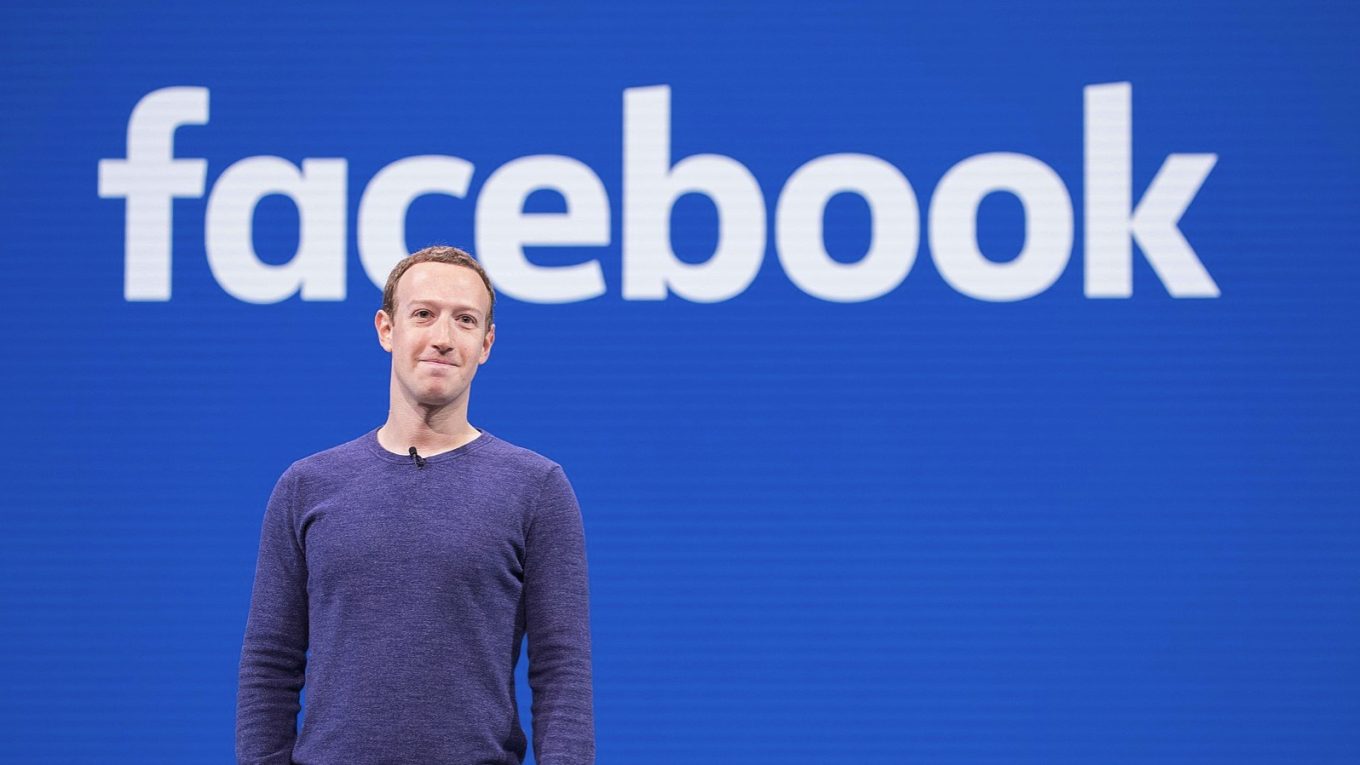 You may have heard of Facebook’s oversight board, which announced on December 1st that it will review 6 cases, including one about hydroxychloroquine – a case submitted by Facebook. Over 20,000 cases were referred to Facebook’s Oversight Board.

While this friendly oversight board created by Facebook seems unlikely to pose a real threat to the ongoing suppression of medical information regarding the early treatment of C19, a real lawsuit, filed in The City of Philadelphia, on December 11, may require more of Facebook’s attention.

Defendants are not only FACEBOOK, INC. and MARK ZUCKERBERG, but also FACTCHECK.ORG, a Pennsylvania corporation; POYNTER INSTITUTE, a Florida corporation; LEAD STORIES LLC, Colorado company and DOES 1-20.

This is a 179 pages long and complex lawsuit. Here are extensive excerpts of its introduction.

“Plaintiffs sue Defendants for their deliberate use of suppression, censorship and “known lies” to infringe on Plaintiffs’ Constitutional rights in agency with the U.S. government. Defendants have irreparably damaged Plaintiffs sacred obligations to fulfill their duty as Americans to share important health care information with their fellow citizens THAT COULD HAVE PREVENTED MANY DEATHS.”

“Treatments beginning at the earliest stage of COVID-19 infection were preempted by Facebook’s “fact checkers” preventing important life-saving information from getting to Americans including physicians, nurses and health care workers, and their elected representatives. Sadly, censorship is so comprehensive and withering, that Plaintiffs are forced to create an insuppressible record, in a protected federal court docket, in the Cradle of Liberty, in this very unusual case, so that it may be able to be seen and shared with other Americans.”

“This is a case about the most powerful monopoly on Earth, Facebook, which acquired its monopoly over the American public square through fraud and artifice by offering “free” services that were not free in any sense. All Facebook users were adversely impacted on October 1, 2020, when Facebook breached its contracts and claimed total dominion over their users’ content and an unfettered right to separate users from and to confiscate their content.”

“Defendant Facebook monopolized the public square as it acquired total dominion over users’ content. It surveilled users while they were not using Facebook and imposed speech codes on the public square in violation of the Constitutional rights of its users. The Defendants monitored, censored and libelously branded Plaintiffs as purveyors of false, misleading and dangerous information to curry favor with politicians who were positioned to protect Facebook’s monopoly, immunities, anti-competitive position and content dominion, most notably, its monopoly and its continued immunity under Section 230 of the Communications Decency Act”

“Facebook branded Plaintiffs’ life-saving informational posts false, curating content and differences of reasonable opinions, and reframing issues in deceptive ways to benefit their “government overseers,” who would benefit if Facebook diverted Americans to their own brand of “government approved” opinions that they sought to promote. To appease these government overseers, Facebook destroyed the public square and stripped Plaintiffs of their Constitutional Rights while converting itself to a publisher, or an “information content provider” under Section 230(f)(3). Through in house “mods” that included artificial intelligence moderators, and with a constellation of Orwellian “factcheckers,” including co-defendants Factcheck.Org, Poynter Institute, and Lead Stories LLC, Facebook suppressed and censored life-saving information from being discussed and shared while it published its own erroneous false information as an “information content provider.””

“Our system of government is premised on an informed citizenry. Nowhere did the Constitutional Framers outsource from local citizens the job of determining “the truth” to government overseers. Nor did the Constitution outsource to government overseers authority to define the parameters of objective truth or outsource control over the public square to private agents like the Defendants, to enforce government “official” or “approved” truth, in a manner that would be forbidden by U.S. Constitutional law. Violating Plaintiffs’ Constitutional rights, Facebook made a mockery of any definition of “good faith curation” 3 that warrants it’s retaining its immunity under Section 230 of the Communications Decency Act (“Section 230”). For financial gain and to protect its Special Immunities, Facebook became a promoter and developer of false information that displaced Plaintiffs’ content in the service of its government overseers and helped inflame the COVID-19 pandemic creating a dangerous echo chamber for elected officials, physicians and nurses trying to save lives.”

“While the economy was being shut down, COVID-19 patients were being packed into nursing homes, and Americans were forced to socially isolate indoors, skip funerals, and to wear masks, Defendants muted Plaintiffs from discussing cheap and available preventative and treatment solutions for COVID-19. Vibrant discussion on the public square on Facebook would have been a reasonable communal response. Instead, Facebook and the government overseers had other agendas. As discussed at length below, the Government’s lead agent, Dr. Anthony Fauci, promoted a conspicuously fraudulent “Lancet” study showing that HCQ (off-patent) did not work while simultaneously and shamelessly promoting Remdesivir (on-patent), a risky antiviral drug with minimal efficacy and dangerous side effects. Facebook, as a U.S. government agent, under the guise of stamping out “misleading” information, promoted false information approved or ideologically consistent with its government overseers by gagging Plaintiffs. This sabotaged all Americans because physicians and nurses were robbed of the life-saving tools of their trade.”

“Government overseers actively partnered with Defendant Facebook, one of today’s leading “printing presses,” that achieved its monopoly status, in part, because of its willingness to infringe on Plaintiffs’ Constitutional rights and censor Plaintiffs’ speech critical of government policy. The framers were familiar with the English struggle and enacted the First Amendment to establish and preserve the right of the People to full information about the doings or misdoings of their government. … This case mirrors the framers’ concerns. The government cannot accomplish indirectly what the Constitution forbids it to do directly.”

“How could this travesty have occurred? How was a multi-billion-dollar monopoly incentivized to squelch Plaintiffs’ First Amendment Rights as agents of government overseers while holding Plaintiffs’ content hostage to erasure and confiscation of their property in violation of the Fourth and Fifth Amendments? How did an “interactive computer service provider” engage in bad faith curation as an “information content provider” disqualifying its qualified immunity under Section 230 and shattering its “good Samaritan” exceptions? How was a social media monopoly permitted to engage in a fraud scheme where it provided its services for “free” yet simultaneously sold those services based on total surveillance it never disclosed while asserting total dominion over Plaintiffs content? To understand what happened, and the immense harm that was done to the Plaintiffs and to Americans in general, we file this in the cradle of Liberty, the City of Philadelphia.”

There are 8 Causes of Action presented in the lawsuit and there is a demand for a jury trial.

The lawsuit was filed on December 11 by Bradford L. Geyer; FormerFedsGroup.Com LLC from Cinnaminson, NJ.

The full document can be found at:

As we recently reported, Facebook is a member of the “Trusted News Initiative” which runs a “Rapid Alert System” not only for COVID-19 but also elections, including the recent US presidential election.

Remember, COVEXIT.com had a large and active Facebook group, that was taken down. Facebook never responded to requests to review the status of the group, which gathered nearly 4,000 members at the time.

After an attempt on Minds.com we moved our discussion group on MeWe – you are welcome to join! https://mewe.com/join/covexit