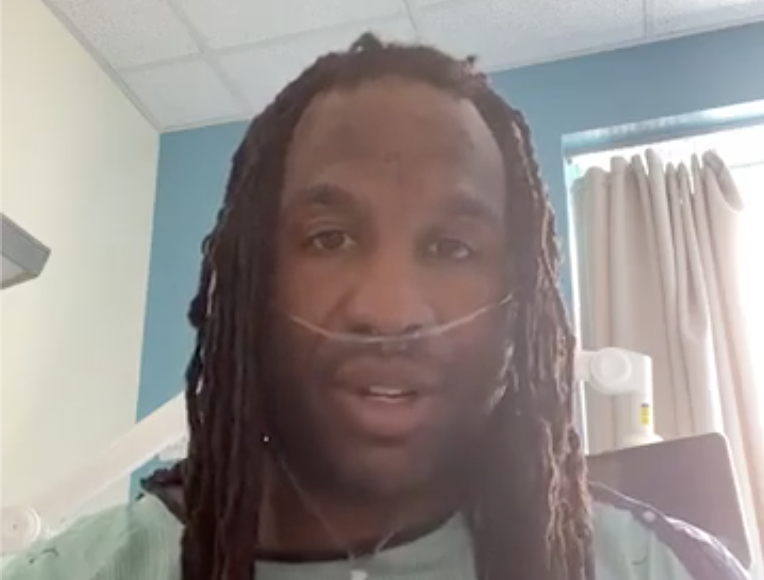 Laraque explains in two videos his experience with how he was treated, which was pretty terrible in the beginning. He explains how he was sent back home. He fortunately suspended his his volunteer work with the elderly, as he believed he might be infected.

Despite having retired from the NHL, Laraque remains in great shape and was actively training for his third Montreal marathon. In his most recent video, he is feeling much better he says.

A key message from Laraque: think twice before returning your kids to school in Québec, where the pandemic is raging, yet where the provincial government has decided to reopen pre-schools and primary schools on May 11 or 19, according to regions.

Laraque, whose kids are in Edmonton, Alberta, where schools will not reopen before September (like in most other Canadian provinces) predicts a second wave of infections following Québec’s premature return to school.

In Québec, even with the deficient testing, there are officially some 1,000 new cases per day, and there are days where the number of deaths exceeds 100.

Out of a total of 31,865 cases at the time of writing this article, there were only 7,258 patients having officially recovered, while there were 2,205 deaths, according to official figures.

We have covered in our article about New Brunswick, where there are no new cases now for two consecutive weeks, and where not a single death has been recorded, that schools will not reopen before the fall.

Note that Laraque talks about 2 months of school left, but it’s actually closer to one month, and June has plenty of official vacation days and is usually not taken that seriously, especially in pre-schools and primary schools.

There is anxiety about this premature return to school in the province of Québec, not only with parents, but also with teachers and daycare workers, who will be prime candidates for new infections.

Highlights of his Videos:

Note: in Canada, hydroxychloroquine is not authorized for the early treatment of COVID-19. It’s presented by the governmental department “Health Canada” as a very risky medication.