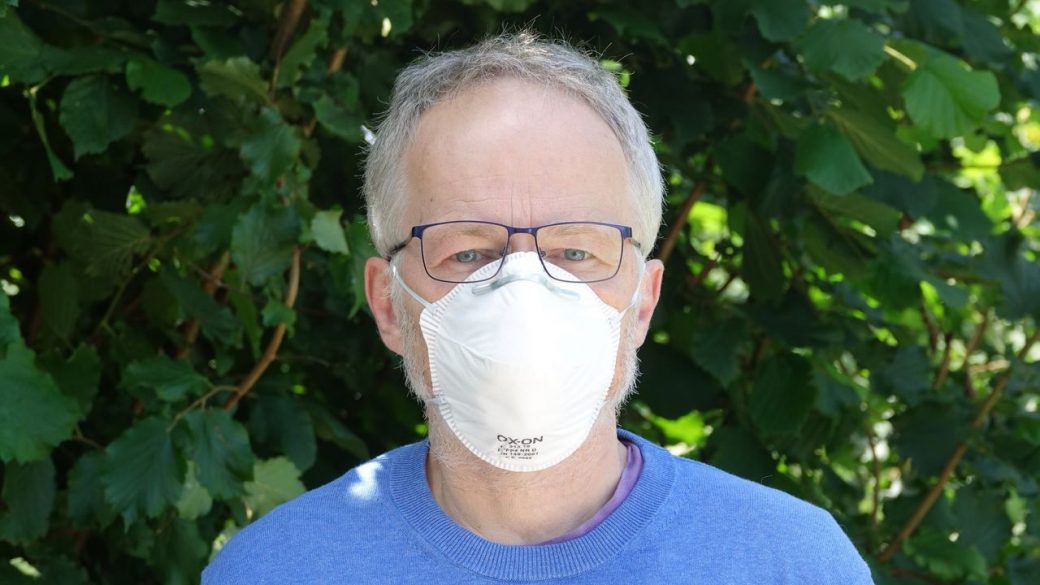 Coronavirus specialist Marc Wathelet (in picture) proposes a “straightforward plan that would eradicate the new coronavirus from Belgium in less than six weeks.”

Belgium is a well known bad student when it comes to COVID-19, with the highest death rate per capita in the world (if one excludes the microstate of San Marino). Like in many industrialized countries, the majority of deaths occurred in nursing homes, where no treatment was provided to the residents sick with C19, and where hospitalization was mostly denied too.

Belgium is a small country, with 11 million inhabitants. The country counts not less than 4 ministers in charge of public health – 3 at the regional level and 1 at the federal level. Current federal minister is socialist Frank Vandenbroucke, who succeeded on October 1st to Maggie De Block, who was better known for her waist size than her effective action against C19!

Actually, one of the largest studies on low-dose hydroxychloroquine was done in Belgium, in hospital settings, by Catteau et al, on some 8075 participants, and showed a lower mortality compared to supportive care only.

Despite widespread use of HCQ, often in conjunction with azithromycin, in hospitals, Belgium was one of the first countries to obey the recommendations of the World Health Organization to suspend clinical trials with HCQ, following the publication of a fraudulent study by Mehra et al in The Lancet.

While the controversy over the drug was, and is still raging South of the border, in France, most medical doctors in Belgium stopped using the drug, which was never used on any significant scale on an outpatient basis.

Some Belgian MDs endorsed the prophylaxis and early treatment protocol developed by Dutch MD Rob Elens, relying on Bromhexine, a derivative of the Adhatoda vasica plant, Quercetin, Zinc, Vitamin C and Vitamin D, but this represents a very small minority.

On December 21, Marc Wathelet, PhD, coronavirus specialist and consultant, came up with a “Plan to eradicate SARS-CoV-2 from Belgium and Emergency Trial proposal for Ivermectin,” published in English on LinkedIn.

“I propose a straightforward plan that would eradicate the new coronavirus from Belgium in less than six weeks, which would be enormously beneficial at all levels: sanitary, economic, social, psychological and political! We could resume all economic activities and schools within three weeks, masking would become unnecessary in most contexts by the sixth week.”

Wathelet insists that the plan “requires seeing the opportunity of Ivermectin facing us, and the political will to take the necessary decisions to convert this vision into reality for Belgium. It will require tremendous leadership at the very top.”

The plan of action and its rationale are, in summary:

“1) The drug itself must be made widely available in all our pharmacies, and any regulatory red tape that would delay the rapid distribution of Ivermectin for oral administration must be circumvented expeditiously.”

“2) The relevant authorities in all hospitals must be involved for the rapid organization of the prophylaxis trial among health care workers, and the treatment trial for the severe cases. The criteria for randomization, including specific occupation of these workers, must be defined and the randomization and drug distribution must be carried out promptly. The faster we act, the quicker we will be able to lead a life unencumbered by this virus.”

“3) A register must be opened to collect data from the use of Ivermectin by general practitioners.”

“4) Testing must be increased so that we are below a 3% positivity rate. Clusters must be traced rapidly and Ivermectin delivered to infected individuals and their daytime and household contacts promptly. Dedicated teams must be ready.”

“Independently from Ivermectin, populations most at risk of severe disease, due to their age or comorbidities would benefit from supplementing their diet with vitamin D (2,000 to 5,000 UI daily), vitamin C (500 mg daily) and zinc (50 mg daily). This message should be sent loud and clear, and repeatedly, to these populations and to those caring for them.”

The strategy refers to the four pillars, already highlighted by Dr Peter McCullough in a covexit.com article.

The plan recommends the use of Ivermectin as a prophylactic:  “Crucially, transmission can also be curtailed, or completely suppressed, by the use of an effective prophylactic.”

It also recommends early treatment: “The early treatment of sick people has been largely absent in Belgium. Nothing has been recommended outside of paracetamol. We need a better option like Ivermectin.”

To achieve this eradication of SARS-CoV-2 in Belgium, an agressive strategy is recommended:

“Independently from Ivermectin, these populations would benefit from supplementing their diet with vitamin D (2,000 to 5,000 UI daily), vitamin C (500 mg daily) and zinc (50 mg daily). This message should be sent loud and clear, and repeatedly, to these populations and to those caring for them.”

The author also recommends that a “very large randomized clinical trial of Ivermectin for prophylaxis among as many healthcare workers as possible is urgently needed to remove any doubts about its effectiveness in that application; with an exception for those working in nursing homes for the vulnerable who should all start on Ivermectin without delay.”

In early April, the undersigned forwarded similar proposals, based on the Raoult protocol (only early treatment protocol available at the time) to the authorities of Wallonia – the Southern and second most populated region of Belgium – but was not heard. The proposals sent at the time are similar to those sent to the Québec province in Canada – where prophylaxis and early treatment were never implemented either, with also substantial subsequent mortalities, especially in nursing homes.

Want to learn more about how Ivermectin can help for overcoming COVID? Check the prophylaxis and early treatment protocol developed by Dr George Fareed for nursing homes, and our webinar with Professor Paul Marik.