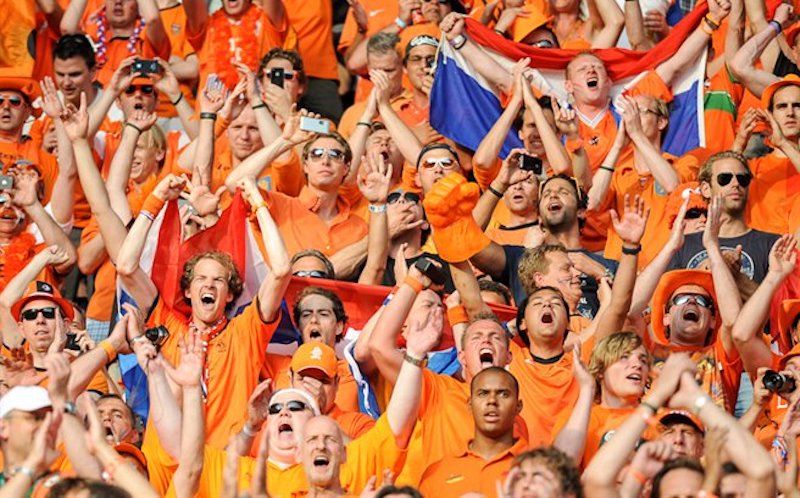 Since April 7 2020, Australia was comfortably sitting on top of the world when it comes to nonsensical regulations regarding the use of generic drugs for the early treatment of COVID-19. But things have changed now, with the Netherlands taking a clear lead!

Note: let’s clarify here that, if someone develops COVID-19 symptoms and has not been vaccinated, it’s too late for any vaccine to be administered. What’s important then is to adopt the most effective therapeutic approach, which is precisely early outpatient treatment, during the viral replication phase of the disease, prior to any cytokine storm and thrombosis.

The Netherlands’ Health Inspectorate announced in a press release on March 25 that stiff sanctions would be given to any medical doctor who “prescribe medicines that are in conflict with the treatment recommendations for corona.”

The media release claims that “all professional groups for doctors in the Netherlands have indicated that it is not recommended to use (hydroxy) chloroquine and ivermectin for the prevention or treatment of corona. This applies to both general practitioners and hospital specialists.”

This assertion is not really true as there is an early treatment initiative in the Netherlands, called “Zelfzorg Covid19” and that gathers medical doctors and health care professionals who advocate for the early outpatient treatment of the disease. The initiative is led by Dr Rob Elens, a general practitioner in the municipality of Meijel, who was prevented from using hydroxychloroquine by the authorities.

This level of fine is immensely higher than what Queensland, Australia, decreed in its April 7 “Order for “Prescribing, Dispensing or Supply of Hydroxychloroquine Direction.”

The Queensland court-imposed penalty can amount to up to AUS$13,345 or 6 month imprisonment.

Clearly, The Netherlands beat Australia in this nonsense, and by far. Sorry Crocodile Dundee!

Remember, both drugs are widely used internationally for COVID-19,  in combination with other agents such as Doxycycline and Zinc Sulfate. These are generic, extremely cheap drugs, with an extremely well known safety profile. They are used only for very short period of times for the treatment of the coronavirus, contrary to their typical use for malaria, rheumatoid arthritis and lupus.

In many countries, the drugs are available over the counter, without any prescription. The Netherlands, a former colonial power with former territories actually using these drugs today, has opted for the most radical stance on these two drugs.

The Netherlands is not doing great at all with the pandemic, with continued daily infections and some 200 new hospitalizations per day in the past months. The alert threshold is set by the authorities at 40 per day!

Oh by the way, did anyone in the Netherlands figure out that, with early outpatient treatment using hydroxychloroquine, ivermectin and other drugs, one can precisely reduce by 80% or more the need for hospitalizations?

It would take just a few weeks to bring down new hospitalizations for COVID-19 to around 40 per day in the country, if general practitioners were authorized to treat the disease early, using a range of early treatment medications, including those now exposing doctors to penalties of up to 150,000 euros!

As we analyzed previously, the high number of hospitalizations for COVID-19 is typically not due to the virus, but to the misconceived response by the authorities to the virus.

Influence of the European Medicines Agency?

The Dutch position was issued in the heels of the position of the European Medicines Agency (EMA) on ivermectin, dated March 22nd. The agency is located in Amsterdam and has some 800 employees.

In its media release, EMA claims to have “reviewed the latest evidence on the use of ivermectin” but there is zero accompanying report, analysis, list of studies, meta-analysis etc.

It’s not clear either if the EMA has been formally requested by anyone to come with such position statement. One of the theories floating around is that the French national medication agency may have asked for EMA to issue such position, as a way to avoid having to conduct its own analysis.

Following this “review of the latest evidence,” the EMA came up with the same recommendation as the NIH in the US, prior to January 14, that the drug should only be used in clinical trials. Note that the current position of NIH is neutral, i.e. neither for nor against.

It appears clear that the Dutch and European positions are just precursors of a negative position by WHO regarding Ivermectin, expected to be announced shortly, and which may have terrible consequences, similarly as the WHO decisions on hydroxychloroquine that followed the publication of the fraudulent Lancet / Mehra study.

To be noted is that WHO consultant Dr Andrew Hill is presently under fire, attacked by a French organization for “scientific fraud” regarding the meta-analysis he conducted about Ivermectin.

Wait, what? Who made this decision this quickly and why weren't they fixed up?