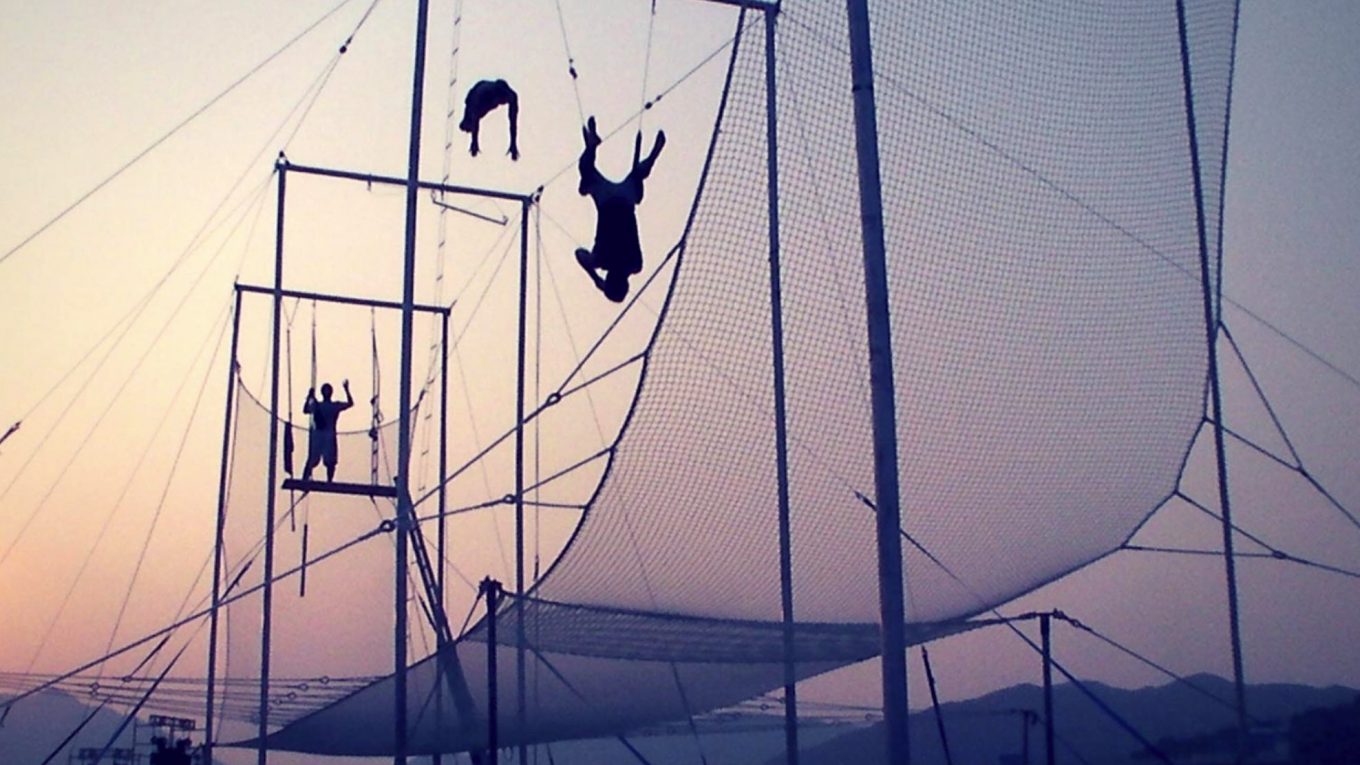 Imagine a moment you want to become a trapezist.  First thing you need is a safety belt.  But it’s not enough.  That’s why there is a safety net.  Your risk still exists but becomes minimal. // voir version française ici.

Let’s do an analogy.  Your immunity is your safety belt.  But now let’s provide you not just one but three safety nets, stacked over each other, to protect you from C19.  Do you think you are still at high risk of severe disease or death?

This article focuses on prophylaxis, which is still little known, and little used, yet is now shown by several studies to be effective to largely prevent C19, including in its severe forms.

Results of a new study out of Argentina have been released and show a substantial prophylactic effect of ivermectin combined with Iota-Carrageenan, administered in 6 sprays per day.

The study was carried out by the ministry of public health of the Tucuman province, with as principal investigator Dr Rossana E Chala, MD, Ph.D., an employee of the ministry.

This is a randomized controlled trial with 234 health care workers participants, half of which received the treatment of Ivermectin orally 2 drops of 6 mg = 12 mg every 7 days, and Iota-Carrageenan 6 sprays per day for 4 weeks.

The 4 participants in the treatment group who got C19 only developed a mild form of the disease. This contrasts with the placebo group, where out of the 25 participants who were found infected, six developed moderate symptoms and 3 developed severe symptoms.

What’s even more important is to analyze the risk reduction of developing a severe form of the disease, and while the study size is not sufficient to properly estimate it, it is 100% according to the presented data.

The study confirms non-randomized results obtained previously in Buenos Aires in a study by Prof. Hector Carvallo, who developed the concept of an ivermectin + carrageenan cocktail for the prophylaxis of C19.

Note that the relevance of using carrageenan is well established, even if it’s unclear how much it adds to the protective effect of Ivermectin.

The results of this prophylaxis study are very important as they show how such innocuous and cheap treatment can considerably reduce the likelihood of developing C19, especially a severe form of the disease, which is exactly what needs to be avoided.

While a weekly dose of Ivermectin is a convenient frequency for taking the drug, one drawback with the protocol, however, is the 6 sprays per day that are foreseen. It’s unclear how adherence to these frequent sprays can be adhered to in practice.

How is this study comparing with others? A particularly interesting one was carried out by Tarek Alam et al. in Bangladesh.

The study involved 118 health care workers, with 60 in the control and 58 in the treatment group. The treatment consisted of a monthly dose of Ivermectin, of 12 mg, i.e. a dosage about 4 times lower than with the new Argentinian study.

The treatment was studied for 4 months. There was no usage made of iota-carrageenan.

Note that with Ivermectin, it’s not only the dosage that counts, but also the frequency, as the agent has a particularly short half life, usually estimated at less than a day.

In the control group of this Bangladesh study, a very large number of participants — 44 out of 60, or 73.3% – became symptomatic and confirmed positive via PCR testing.

On the other hand, in the treatment group, there were only 4 out of 58 health care workers who got infected (6.9%) – a major difference that was found statistically significant.

The study does not comment on the severity of symptoms in the control group, yet indicates that all 4 infected in the treatment group “had mild symptoms with low grade fever, dry cough and  weakness.”

Regarding the reduction in the risk of developing a severe form of the disease, it appears, like with the Argentinian study, and with the same caveats, to be 100%.

There are other studies about Ivermectin-based prophylaxis, as listed at https://c19ivermectin.com/#prep

All of this points at a genuine protective effect of ivermectin as a prophylactic agent for C19. As emphasized by Kory at al, and others, the drug has a strong safety record with rare side effects.

Ivermectin is a generic drug listed by the World Health Organization as an essential medicine. The drug is so safe that it has been used for mass treatment of onchocerciasis (river blindness) in Africa, including for children and for pregnant women.

While there is strong evidence of Ivermectin being a potent prophylactic, there remains some uncertainty about the best treatment dosage and frequency, and the added value of carrageenan.

But some experts also suggest, informally, lower doses to be taken twice a week, to address the issue of the short half-life of Ivermectin.

Note that the colleague of Dr Kory, Professor Marik, who is the author of the iMask+ protocol, currently recommends 1 dose every other week, but that’s a revision from a previous recommendation of one dose per month.

In Professor Marik’s protocol, the 12 mg dosage corresponds to an individual of 60 kg, at 0.2 mg per kg of bodyweight.

There are of course issues with precise dosages, as the pills typically come in 3 or 6 mg.

More studies are needed to determine more precisely all the parameters, yet, as Ivermectin is such a safe and well-known agent, it is entirely possible for medical doctors to issue, today, prescriptions for prophylaxis, by relying on the best available literature.

With the clear effectiveness of Ivermectin as a prophylactic agent, the use of placebos in studies should be avoided, for ethical reasons that should be obvious to everyone. The emphasis should rather be put on different dosages, frequencies and combinations with carrageenan and possible other agents.

For high risk individuals, Ivermectin offers the opportunity of a first safety net, a bit like vaccination, yet much less expensive, with a much better known safety profile, and much easier to roll out on a large scale.

As discussed extensively in this blog, in the rare cases prophylaxis would not prevent the disease, an early outpatient treatment protocol, such as the one developed by Professor Thomas Borody, combining Ivermectin, Doxycycline and Zinc, can be started, within days of first symptoms. Early treatment is the second safety net.

And then, in the unlikely case the disease has not yet been stopped, the third safety net, constituted by hospitalization, can then be activated.

With effective prophylaxis (or vaccination), early treatment and hospital treatment, we have three safety nets to combat C19.

If these safety nets are being properly taken advantage of, it seems highly unlikely anyone would fall through the three of them.

Hospitalization for C19 would then become highly uncommon, contrary to now, where it’s used in most countries as a first, yet high mortality and extremely costly, safety net.

The core problem in the fight against C19 in most countries is that they rely either exclusively, or mostly, on ineffective measures such as lockdowns, and on high mortality hospital treatment. These countries have so far denied the population, including high risk individuals, both prophylaxis and early outpatient treatment.

The infection reported today of 7 nursing home patients in Montreal, having already received a first shot of vaccination, is a reminder that we are still very far from vaccination to provide widespread protection and prevent mortality.

Implementing targeted risk-stratified prophylaxis and early treatment is probably what’s most urgent to fundamentally modify the trajectory of this pandemic, to prevent the disease to become acute, to reduce contagion, to reduce hospitalizations and to reduce mortality.

And along with the immunity to C19 that is steadily building in the population, in addition to vaccination, this would provide a much faster and much less deadly way out of the pandemic.