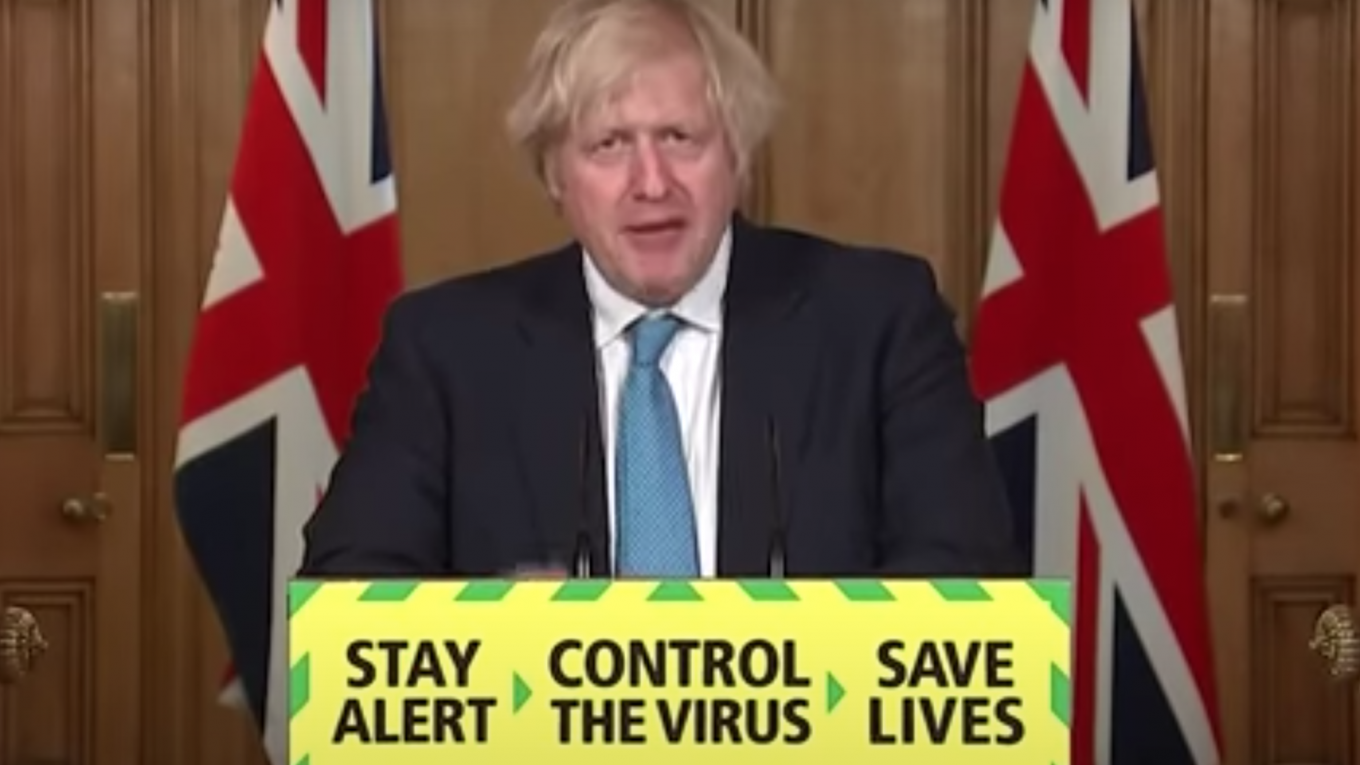 At a media conference this Tuesday, COVID-19 survivor and UK prime minister Boris Johnson announced “the biggest breakthrough yet” regarding therapies for the coronavirus.

“This drug, dexamethasone, can now be made available across the NHS, and we have taken steps to make sure we have enough supplies, even in the event of a second peak.”

Such reductions in death rates are minimal and have to be put into the context of the very high mortality rate of about 25% for hospitalized COVID-19 patients in the UK.

The side-effects of the drug, when used in ICU, were not mentioned doing this PR exercise, which contrasts with how hydroxychloroquine has been treated in the media over the past months. Steroid administration may have a deleterious effect on the critically ill patient, including hyperglycaemia, hypernatraemia, immunosuppression with increased risk of nosocomial infection, psychiatric side-effects and ICU-acquired weakness.

For certain, the problem of the high UK hospital-level death rates will not be resolved by using dexamethasone, one of the corticosteroid drugs already commonly used for advanced COVID-19 patients around the world.

We already analyzed how ludicrous were the Oxford claims, as much more effective therapies for COVID-19 exist, and actually prevent most patients from reaching this advanced stage of the disease where the odds of dying, at least in UK hospitals, are about 1 out of 4.

To provide a contrast, at the IHU-Marseille, the hospital level mortality rate is 5%, i.e. 5 times lower than in NHS hospitals.

The Oxford research announcement was actually not only praised by the UK prime minister, but also by the WHO.

“This is great news and I congratulate the Government of the UK, the University of Oxford, and the many hospitals and patients in the UK who have contributed to this lifesaving scientific breakthrough,” said Dr Tedros Adhanom Ghebreyesus, WHO Director-General.

Incidentally, the WHO also announced it was dropping hydroxychloroquine from its SOLIDARITY research trials, a move that was expected, as the RECOVERY clinical trial results offered an opportunity for WHO for doing so, even if many observers now know that the research protocol of the RECOVERY trial, which was giving hydroxychloroquine alone, and at a late stage, was flawed and unlikely to yield any positive therapeutic results.

Note that neither the hydroxychloroquine nor the dexamethasone research by the Oxford scholars has been peer reviewed or published, and there is insufficient data made publicly to thoroughly verify their work. That did not prevent both the UK government and the WHO to fully embrace their findings.

As we have extensively analyzed in this blog, the most effective therapies for COVID-19 involve early treatment, with molecules such as hydroxychloroquine, azithromycin and zinc. Such treatments remain totally disregarded by countries such as the UK as well as by the World Health Organization.

The most extensive research on such hydroxychloroquine-based treatments was conducted on thousands of patients at IHU-Marseille, and demonstrated not only safety, but also considerable effectiveness, with mortality rates below 1%.

Yes, there are research results of HCQ-based treatments on large cohorts of patients showing mortality rates inferior to 1%, while the UK government and the WHO brag about clinical trials, with thousands of patients, where mortality rates are considerably higher.

In two articles, the French newspaper France-Soir thoroughly criticizes the Oxford research, and even points at possible criminal wrongdoing by the researchers, one of them actually sharing the podium with the UK prime minister.

France-Soir has adopted an innovative journalistic approach, relying on collaboration with high level scientists to “decrypt” the various scientific announcements and policy decisions during this COVID-19 crisis.

In the first article, called “CovidPapers, Recovery, the Oxford Connexion” France Soir covers a range of considerations, of which we point to a few in the present article.

To be kept in mind is that hydroxychloroquine is not only a competitor to remdesivir, but also to vaccines. With the pandemic waning in many countries, a number of experts now think there won’t be any need for a vaccine.

One of these experts is Professor Christian Perronne, a medical doctor specialized in infectious diseases, who has previously held high level positions in the French medical system and at a WHO committee on vaccines.

Professor Perronne clearly stated, in a recent interview on Sud Radio, that there was no need for a vaccine against COVID-19.

Professor Perronne just published a devastating book about the French response to COVID-19, titled “Is There One Mistake They Did Not Do – COVID-19: the Sacred Union of Incompetence and Arrogance.” He believes that some 25,000 deaths could have been avoided in France if the right therapeutic response had been implemented by the authorities.