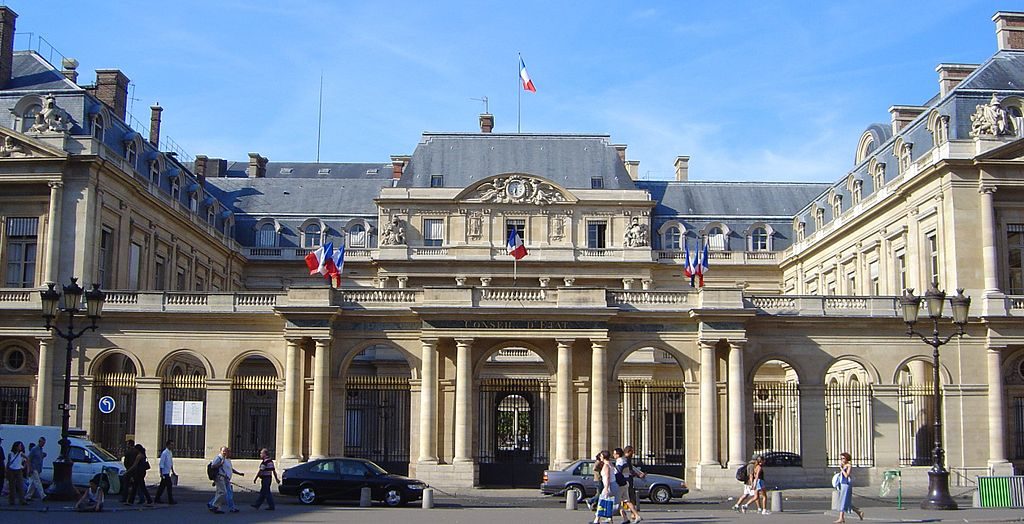 In France, like in the USA, Canada and most European countries, hydroxychloroquine has attracted huge controversy and its reputation as a drug for COVID-19 has been largely tarnished. In the eyes of many medical doctors, it has considerably lost ground as a therapeutic option for COVID-19.

Even after the retraction of the infamous Lancet Mehra et al study, based on fraudulent data, the message of most national health authorities has remained to discourage its use, because of supposedly significant cardiac risks and no therapeutic benefits.

While numerous studies have now proven the contrary, and the practical experiences of several doctors with numerous patients have shown that, as part of a package of quality outpatient care, the drug can play an important role in reducing the need for hospitalization and the mortality risk.

Vladimir Zelenko and Brian Tyson are two medical doctors having treated, in an outpatient setting, some 4,000 COVID-19 patients together , with spectacular success.

The study on the clinical work of Dr Zelenko and his team, at the beginning of the pandemic, has now been peer-reviewed, is in press and available as a pre-proof, in the International Journal of Antimicrobial Agents.

There are other such doctors treating early for COVID-19, in countries such as the US, yet there are still few of them, especially in industrialized countries.

In France, the place where outpatient treatment for COVID-19 mostly took place is the IHU-Marseille. Yes, it’s an hospital, but the vast majority of patients were treated as outpatients (“hôpital de jour”)

The IHU-Marseille was actually doing to a large extent the work of the general practitioners, who have been mostly prevented by the French authorities, since March, from treating COVID-19 patients. Some did it, however, with sub-optimal treatment protocols, as we discussed in an interview with Dr Besnainou (in French).

In France, like in most countries, outside Marseille where early treatment was provided, patients were told to stay home, without any form of treatment, and if their situation was worsening, to go to an hospital.

The resulting case fatality rates in France were humongous: they reached 18.5% at some point in the pandemic, to later subside, but that occurred in large part because of the vast increase in testing, including of numerous asymptomatic cases.

An important development occurred on October 23rd. The French national agency for medications – the ANSM, or Agence Nationale pour la Sécurité du Médicament – refused to grant an RTU (“Recommandation temporaire d’utilisation” – or Temporary Use Recommendation) for hydroxychloroquine, as demanded by the IHU-Marseille and Professor Didier Raoult.

This refusal by the ANSM, coupled with the prior authorization of remdesivir by the same agency, on July 2nd, through a more demanding ATU authorization (“Autorisation Temporaire d’Utilisation” – Temporary Use Approval), brought Professor Raoult to state that the two medications were not treated fairly, in the same way, by the ANSM medication agency.

Within days, Professor Raoult contracted the services of a specialized health lawyer, Mr Fabrice Di Vizio, who is already involved in several COVID-19 cases, including one brought by the families of COVID-19 victims in France.

In addition to being a mediatic figure, Mr Di Vizio is pretty colorful in his tweets. For example, on October 27, he declared:

“I think that chloroquine is dangerous: it makes people go crazy even when they don’t take it!”

In another tweet, he refers to those governing France as chimpanzees operating in a country that has become a jungle.

Mr Di Vizio announced that he would file cases in two settings: an administrative appeal with the State Council (Conseil d’État) and a criminal case.

The first filing is an administrative appeal aimed at invalidating the decision by the ASNM to refuse the authorization of hydroxychloroquine. The newspaper Le Parisien says this was filed last Thursday and that they saw a copy of the filing.

The second filing is aimed at the ANSM and its director, Dominic Martin, who is both a medical doctor and a senior civil servant, for “endangerment of the life of another person.” (“pour mise en danger de la vie d’autrui”).

Mr Di Vizio has made extensive appearances in the media in the past days and has explained his cases in some details. He intends to get the French justice system to figure out the real reasons why hydroxychloroquine was rejected by the ASNM, especially in light of the approval of remdesivir by the same agency.

Here are translations of some of Di Vizio’s statements. (for the precise wording, please refer to the original in French)

“The ANSM refused hydroxychloroquine, because the benefit risk balance was not found to be in favour of the benefit.  Raoult’s position is that there is no risk with this medication, used for over 50 years, with millions of doses consumed, while it was still an over the counter drug, until it was listed officially as a poisonous substance by the authorities.”

“While the authorization for hydroxychloroquine was denied, one can be surprised that remdesivir was granted a European Marketing Authorization and a Temporary Authorization (in France) while Remdesivir only has risks… Today, in hospitals, one has the right to prescribe remdesivir, but not (hydroxy)chloroquine, even if remdesivir is toxic.”

In another interview, this time with RT France, Di Vizio went a step further and talks about a possible “Mensonge d’État” or “state lie.” He reiterates that the ANSM has a contradictory position, approving remdesivir, which has proven toxicity and is “notoriously ineffective,” and rejecting hydroxychloroquine, which hasn’t such toxicity.

Di Vizio explains that “two days after remdesivir received an authorization from the medication agency ANSM, another body, France’s High Health Authority (Haut conseil de santé publique), concluded, after public debates for which transcripts are available, that it was ineffective, expensive and that no proof of clinical effectiveness had been made.”

“How could the ANSM grant the authorization, with a ‘strong presumption of effectiveness’ when 2 days later, experts concluded it to be notoriously ineffective?”

“What is this hiding? All the public health scandals start this way. … The Paris prosecution (Parquet de Paris) will have to open a judicial enquiry to find out why, since the beginning, chloroquine has been so much criticized.”

“What is this hiding? We believe, we fear, we are at the heart of a scandal.”

“How to explain that the Gilead corporation has done record, enormous, sales, by developing and marketing a treatment, in the context of COVID-19, that does not work. That is what the judicial system will need to opine on, and on what the prosecution will need to investigate.”

“What I will defend is very simple. It will be a difference in the way two molecules were treated.”

“The other is a molecule that has no notable side effects, that was previously available over the counter … What I want to know, is why there is such a difference in the treatment (of these two molecules by the authorities.)”

The latter interview discusses the role of the SANOFI corporation, which produces and delivers hydroxychloroquine in France, but is also involved into vaccines development for COVID-19.

In his interviews, Mr Di Vizio makes reference to the preliminary results of the WHO sponsored SOLIDARITY clinical trials, released on October 15, which found, among other conclusions, that in a hospital setting, remdesivir “appeared to have little or no effect on hospitalized COVID-19, as indicated by overall mortality, initiation of ventilation and duration of hospital stay.”

Professor Raoult has for months criticized the use of remdesivir, saying it was toxic and ineffective, but was unable to convince the French authorities, which actually took decisions exactly contrary to his recommendations.

The French medical profession is extremely divided both on remdesivir and hydroxychloroquine, with proponents and detractors expressing their views both on mainstream and social media.

This legal action, even if it may be lengthy, may at some point shed light on what motivated the decisions of the French authorities to favour remdesivir and not hydroxychloroquine.

While occurring in France, this legal action may have international repercussions, as what occurred in France with hydroxychloroquine similarly occurred in many other countries, including the USA, Canada, UK and most European countries.

In the US, on April 29, NIH’s director announced that remdesivir would become the standard of care in the US, on the basis of a preliminary, non-peer reviewed, results of a NIH sponsored study showing a slight reduction in hospitalization time, but no reduction in mortality.

A billion US$ governmental purchase of remdesivir followed, and NIH subsequently issued therapeutic guidelines highly favorable to remdesivir. Even in the absence of any evidence that remdesivir reduces mortality, it has become a go to drug for the treatment of COVID-19 patients in US hospitals.

In Canada, the federal agency Health Canada authorized remdesivir, with conditions, to treat COVID-19 in adults and adolescents with pneumonia requiring supplemental oxygen. The conditional approval does not rely on any specific study other than the NIH one.

The publication of preliminary results of the WHO SOLIDARITY clinical trials, concluding to the ineffectiveness of the drug, did not even bring the Canadian health authorities to reconsider its conditional approval of the drug.

Like France and the UK, Canada has taken stringent measures to prevent the use of hydroxychloroquine in the country. The only province, New-Brunswick, that had taken the courageous step to start an early treatment program, was soon brought to order, so that today, there is essentially no medical doctor in the country – from coast to coast – daring to prescribe HCQ, with azithromycin and zinc, for early COVID-19 treatment.

In the UK, there was no clinical trial done on remdesivir, in the context of the large scale, high fatality RECOVERY trial conducted by Oxford University.

Yet, on May 27, the Oxford sponsored RECOVERY trial announced that patients were already receiving remdesivir, as well as participants in the RECOVERY trial – there are over 15,000 of them – could receive remdesivir on top of their randomly assigned treatment or placebo – a weird step that would likely compromise the usefulness of these ongoing trials. Like Canada, the UK did not rely on its own research but that sponsored by NIH.

At the European level, it was a similar scenario, with again the NIH NIAID-ACTT-1 study used as a basis for the approval.

Interestingly, it appears that the legal action by Prof. Raoult and his lawyer Di Vizio will not only look at the approval of remdesivir in France, but also by the European authorities.

All of this brings us to the salient question: could hydroxychloroquine be rehabilitated in court?