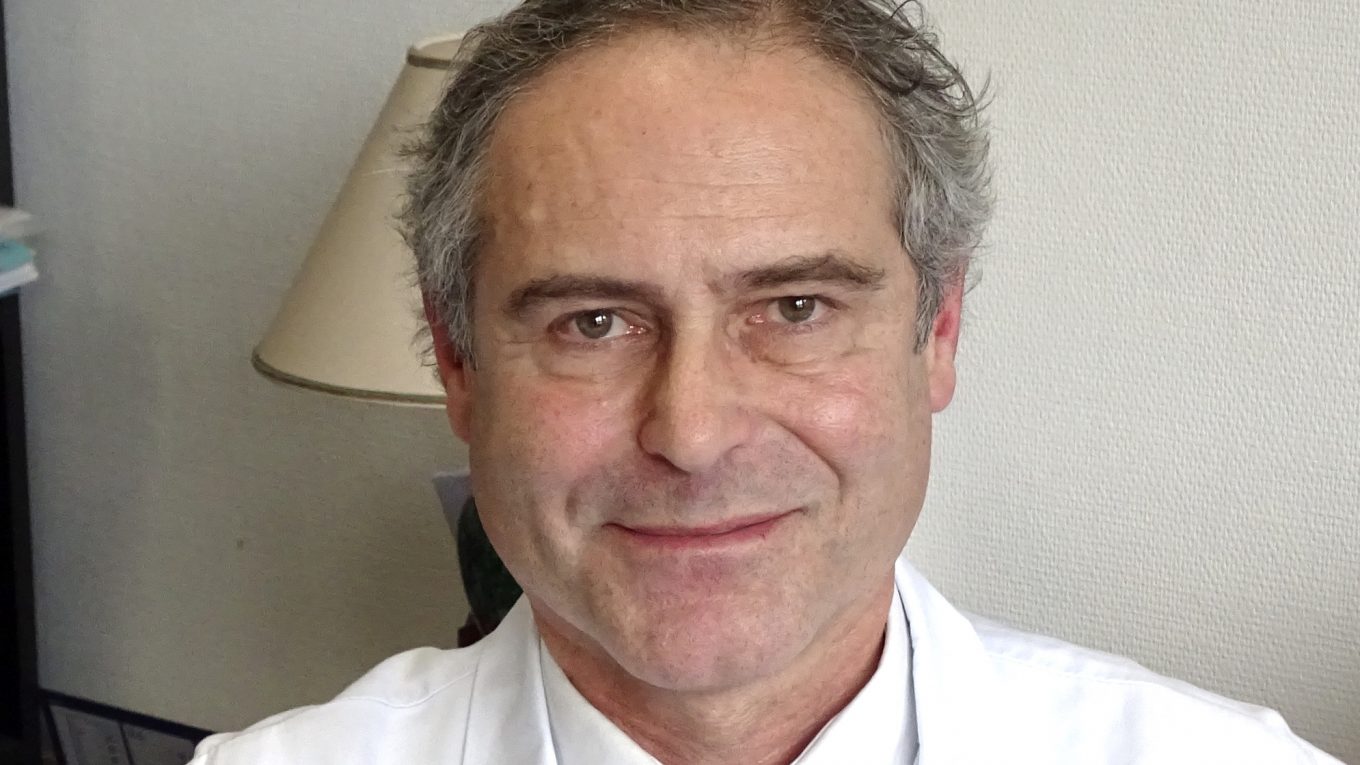 Montreal lawyer Me Dominic Desjarlais, representing a group of citizens, filed on May 25 an (amended) application for judicial review (request for declaration of nullity, inoperability and unconstitutionality) relating to the health emergency measures taken in the Canadian province of Quebec.

In particular, the court is asked to declare that the government (council of ministers) declares null and void all ministerial decrees and orders adopted since April 11, 2020, under the Public Health Act; and to declare that the Council of Ministers cannot take decisions on horizons of more than 10 days without the agreement of the National Assembly. It is also asked to declare unconstitutional a whole series of more specific governmental measures. The request is a 90-page document, excluding annexes.

The defendants and ‘mis en cause’ are: the Attorney General of Quebec, the Directorate of Public Health; Dr Horacio Arruda (National Director of Public Health of Quebec); François Legault (Premier of Quebec); Christian Dubé (provincial Minister of Health and Social Services).

We examine here the main analyzes and conclusions, that are particularly harsh with regard to the Quebec authorities, of Dr. Christian Perronne.

This analysis by Dr Perronne is in a sense a remake of his book — “Is there a mistake they did not do” – regarding the response to the pandemic in Québec.

Note that this is a translation from French of extensive excerpts of the expert testimony; please refer to the original document for any quotation of Dr Perronne.

“I note that the Government of Quebec considers that“ a case is confirmed when there is detection of SARS-CoV-2 nucleic acids ”. I believe that such a definition is not appropriate because it is too broad to assess the number of people who are contagious or develop clinical symptoms.”

“A” confirmed case “in Quebec is therefore a person who could become contagious and / or symptomatic, without the probability of becoming so being assessable.” (page 5)

“Since August 2020, the widespread practice of unreliable PCR tests leading to numerous false positives no longer allows us to have a real idea of ​​the number of cases. Most of the “cases” in many countries are in fact positive tests in perfectly healthy, non-contagious people. “(Page 6)

“Since August 2020, the only indicator that makes it possible to assess the level of severity of the COVID-19 disease is the mortality rate, ie the ratio of the number of deaths during a given period to the total population.” (page 5)

“For any contagious disease through the respiratory tract, the most essential measure is to drastically isolate the sick people, as soon as the first symptoms appear. This has not been done.”

“With regard to people residing in CHSLD nursing homes, it is a significant isolation that has been retained (more or less significant depending on the level of alert). Such isolation is quite deleterious and obviously accelerates the end of life of these populations. ” (page 61)

“The most important and largely sufficient measure is to immediately isolate any resident showing symptoms, as has always been done with severe respiratory conditions. And, of course, treat from the first symptoms, without waiting until it is too late… ” (page 61)

Editor’s Note: this has never been done in Quebec during this pandemic.

“No convincing scientific study has been able to demonstrate either the justification or the effectiveness of containment measures, even to allow a desaturation of hospitals, which were only saturated by the non-recourse to prophylaxis and treatment, early on, from the first symptoms. ” (page 61)

“Two scandals have successively made it possible to ban a therapeutic repositioning solution based on hydroxychloroquine (the Lancet-Gate) and to promote a drug notoriously ineffective (cf. WHO position) and source of potentially serious side effects (the Remdesivir-Gate ) ”(Page 61)

“I denounce the dictatorship of randomized controlled trials which, ethically, could not be justified in the face of extremely significant observational studies. These trials were massively instrumentalized during the pandemic, to yield no exploitable results on repurposed therapies. ” (page 61)

“Based on the largest studies, including meta-analyzes, I affirm the benefits of hydroxychloroquine, macrolides, ivermectin, Artemisia annua, Vitamin D and Zinc for the treatment of COVID-19, as long as they are prescribed to infected people at the first symptoms.”

“My personal clinical experience, at Garche Hospital in France, fully confirms the results of the meta-studies that I have presented in this report regarding the possible and available treatments for COVID-19.” …

“I have provided in this report the recommendations of the most successful experts in terms of prevention and treatment in order to minimize the number of infected patients and, in the event of infection, to minimize the severity of cases and therefore hospitalizations and transfers to intensive care. ”

Editor’s note: remember here that no person with COVID-19, including the most vulnerable in the CHSLD nursing homes and other residences for the elderly, has been able to benefit from early treatment, at first symptoms, in the province of Quebec , these treatments being strongly repressed by the authorities. …

“We are therefore in the presence of a disease, COVID-19, the mortality of which is minimal, except in elderly populations and / or those with co-morbidities; and for which it was, independently of the data acquired from science, decided to exclude any treatment before hospitalization.”

“I was amazed at the instruction sent to Quebec physicians working in CHSLDs, in Document 052 dating from April 2020 and indicated below, enjoining to cease all non-essential treatments (eg: calcium, vitamin D, B12 , bisphosphonate). The reverse of what to do with regard to vitamin D in particular… ”(p. 38)

“In document 052 bis, dating from May 2020 and indicated below, we find the same recommendation to stop all non-essential drugs: statins and aspirins for primary prevention in those aged 75 and over, and Vitamin D, calcium, vitamin B12, iron, multivitamin, bisphosphonate. It should be noted in passing that this care guide also excludes any treatment comprising in particular hydroxychloroquine. “

Included in the testimony is the following graph, which shows the advanced age of most of those having died from COVID-19 in Québec.

Editor’s Note: Not included in the report, but presented here for illustration, is the distribution of deaths by living environment. The table shows that more than 75% of deaths in Quebec took place in CHSLDs and other residences for the elderly. These elderly people were neither treated nor hospitalized despite their critical condition.  In Quebec, only 2.9% of deaths attributed to COVID-19 actually took place in hospitals (the only place where care, even if sub-optimal, was provided), according to the Institut national de santé publique du Québec – https: // www .inspq.qc.ca / .

Collateral Effects on Other Diseases

“I am of the opinion that a study should be carried out in Quebec on the consequences on overall mortality of diagnostic and therapeutic delays linked to other diseases, delays for which the measures taken for COVID-19 are responsible (for example: no emergency treatment of serious heart or neurological problems, delay in the treatment of cancers, cancellation of medical appointments and surgical interventions). ” (p. 13)

A Serious Threat to the Population?

“Given the studies now available on the population who died from COVID-19, my opinion is also that the elderly population and / or those with co-morbidities made up almost almost all of those who died.” (p 61)

“Given the mortality from COVID-19, my professional and scientific opinion is that the disease does not constitute ‘a serious threat to the health of the population, real or imminent,’ which could justify the establishment of any sanitary state of emergency. ” (p 61)

The expert report also contains analyzes relating to vaccination, masks, schools, containment measures, which are not covered here but which you can find by reading the expert report.

As a reminder, the authorities were informed at the beginning of April 2020 of the existence of early treatments for COVID-19, but, instead of encouraging them, they adopted measures to prevent doctors from prescribing them and pharmacists from dispensing the required drugs.  This similarly occurred in the other provinces and territories of Canada.

The authorities were also alerted to therapeutic solutions in residences for the elderly (CHSLDs and others) but, instead of increasing care, they reduced them, in particular by removing vitamin D (as testified by Professor Perronne).

Watch our interview with Professor Perronne in September 2020.