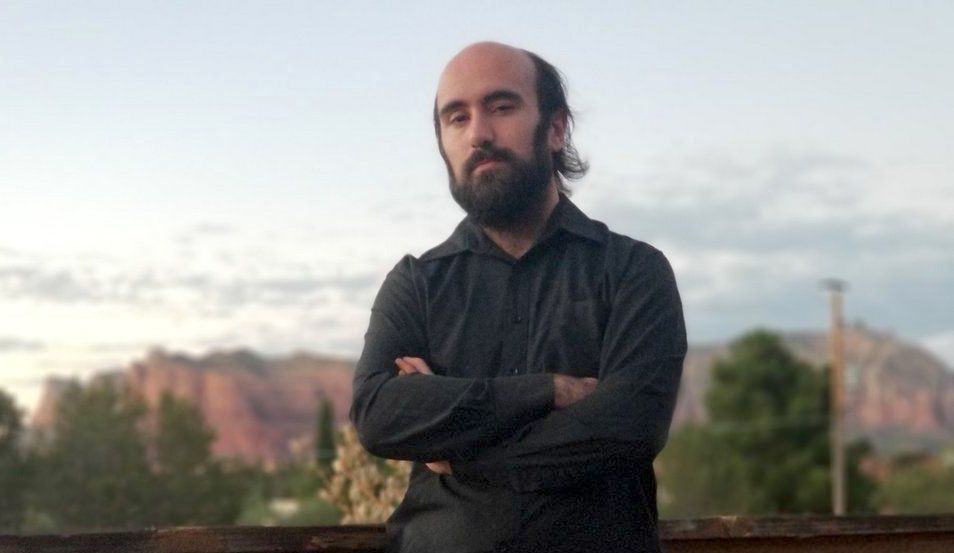 One of the most active analysts during this pandemic regarding the treatment of COVID-19 has been independent researcher Adam Gaertner. He started looking for therapeutic solutions, including Ivermectin, in early 2020. When the Monarsh study was published, even if he soon recognized important weaknesses, he declared on Twitter on April 4 2020: “Good news – #ivermectin shows extraordinary efficacy against #coronavirus …” adding in another tweet: “Ivermectin combination therapy appears to be an effective cure.” This shows how at the forefront of therapeutic developments he was. Adam Gaertner did some video interviews, notably with Dr Mobeen Syed and with Dr Yo., in July / August 2020, and again, the usefulness of the drug at all stages, for prevention, early treatment and hospital level treatment, was emphasized. It’s now over a year that Adam Gaertner has had this keen interest in Ivermectin and has kept track of all the important developments regarding its use. His perspectives are therefore invaluable. In the first part of the interview, which was done in writing, we will look at prevention and treatment of COVID-19, while in the second, the focus will be on virological aspects.

IMPORTANT: This interview is for educational purposes only, and not for therapeutic advice. Any and all medical decisions should be decided with you and your physician and any medications or supplements you take should be under the supervision of your physician. Also to be stressed is that the comments in the article, that sometimes present original analysis, need to be seen as a PrePrint and are not formally peer reviewed.

Can you contrast the prophylaxis delivered by vaccines versus that of ivermectin?

Apples and oranges. Vaccine prophylaxis is largely based on adaptive immunity, with a lesser innate immune component. The vaccines work, in brief, by delivering viral peptides to professional antigen presenting cells to develop adaptive antibody immunity, and hopefully some level of cytotoxic T-cell immunity also. Cytotoxic immunity is diminished with the use of adenoviral vectors and mRNA vaccines, as the use of adjuvants makes little sense given the delay between the shot and the subsequent production of immunogenic peptides.

Ivermectin prophylaxis is based on cytosolic immunity. Rather than teaching immune cells to recognize pathogenic antigens or peptides once they have infected cells, ivermectin puts cells on guard against any viral infection, causing the transcription and translation of antiviral kinases that can mechanically destroy viral RNA, endosomal trans-membrane proteins that can detect and discard of incoming viruses, and the release of interferons into the bloodstream to cause other neighboring cells to act similarly. The best analogy is that our human immune system is temporarily made to mimic that of a bat, producing antiviral warning signals that can enable cells to prevent any initial infection, or correctly detect and respond very promptly if an infection does occur, obliterating the nucleic cloaking functions of SARS-CoV-2 before they can become active.

>>  Ivermectin Save BoJo (aka Boris Johnson)!

How confident do you feel about ivermectin to remain effective against SARS-CoV-2?

I am quite confident. Ivermectin has a multitude of powerful actions against SARS-CoV-2; from an evolutionary escape point of view, even if a mutation occurred to diminish one of ivermectin’s actions, there are four or five more still ongoing that will cause it to be sterilized very quickly. Of particular note is the dissociation of importin-alpha/beta; it is extraordinarily unlikely that the virus will naturally become able to interface with the importin heterodimer to effect association, or to bind directly to the beta subunit, in order to block transcription of ISGs, especially within the short time that such evolutionary pressure is applied. Without that functionality, toll-like receptors and other detectors within the cell are quickly able to eradicate it. Ivermectin acts on ACE2, TMPRSS2, RdRp, IMP-a/b, and directly binds to the S2 fusion domain of the spike. Good luck evolving around all of that at once. Of note, however, is apparently increased expression of ORF9b in a  recently discovered mutation, which is acting on TOM70 mitochondrial import receptor to effect further inhibition of group I interferon production. The significance of this and relevance to protection of the nuclear transcription pathway is yet to be determined.

What are the main mechanisms by which ivermectin achieves effectiveness with COVID-19?

Let me count the ways. Ivermectin has numerous beneficial actions.

The molecule binds to the S1 spike receptor domain at 6M17, and the S2 fusion domain at 6VXX, inhibiting both receptor binding, and conformational rearrangement upon successful binding, and thus membrane fusion and initial infection.

Post-infection, the molecule has multiple actions within the cytosol. Ivermectin binds to the nsp7, nsp8, nsp12 and nsp13 proteins, components of the RNA-dependent RNA polymerase protein, which is integral to viral replication. In this manner, RNA transcription and thus viral replication is inhibited.

Ivermectin also acts on the human importin-alpha nuclear localization factor, preventing the importin alpha-beta (also known as karyopherin alpha-beta) heterodimer formation. KPA is best described as an adaptor; it attaches to KPB, which holds the necessary protein conformation to interface with the nuclear pore complex and import cargo protein to the cell nucleus. Viral accessory protein ORF6 docks to KPA, which then completes the KPA-KPB heterodimer and localizes ORF6 at the NPC to block STAT and IRF3 nuclear import, which blocks transcription of interferon-stimulated genes (ISGs) for cytosolic antiviral defense. Inhibition of the heterodimer formation allows this process to proceed unimpeded and for interferon-based antiviral signaling to commence.

Ivermectin also possesses numerous other actions which are not fully characterized yet, with relevance to broad-spectrum cancer treatment, among other diseases, and action as a anti-inflammatory, with a notable immunomodulatory action on various cytokines, best described as shifting the immune profile away from an inflammatory response and toward a more targeted innate and humoral response.

What do you prefer: large scale prophylaxis or targeted early treatment with ivermectin?

In light of the above-noted unlikelihood of evolutionary escape from ivermectin, I am strongly in favor of a coordinated campaign of mass simultaneous prophylaxis. While surely a gargantuan task in the West, similar antiparasitic campaigns were carried out every year around the world – with ivermectin, no less – in various African and South American countries, to varying degrees of penetration and success. It has been hailed by the WHO as a safe miracle drug that is significantly underutilized for mass prophylaxis campaigns. Based on decades of study, it has an unparalleled safety profile; a very broad therapeutic window; and only mild side effects. Ideally, everybody, everywhere, could obtain two doses, and take them a week apart; those with active infection should of course continue a daily protocol. With that action, I expect the pandemic would come to a screeching, extremely rapid halt, without any further death. We might also eradicate – or mostly eradicate, pending animal reservoirs – a number of other viral diseases in this manner, too.

Today, what are your recommended protocols for prophylaxis and early treatment?

My protocols have not changed since I determined them in April ’20 via analysis of pharmacodynamic interactions and viral pathogenesis inside the cell. Pre-exposure prophylaxis is most effective at 150mcg/kg, per week, per oral, with lipids. Treatment for early disease is the same dose, once daily, generally up to 4 days in a row, and longer in cases of severe disease. These protocols have borne out through numerous trials over the past year. The only addition I would make in light of advancements is a different protocol for post-exposure prophylaxis, being one dose on day one, and one dose on day three. Aside from ivermectin, the other component of my treatment protocol is pure, unsugared L-ascorbic acid, 55mg/kg, per oral, per 3 hours. It is not useful prophylactically; for early or moderate disease, in conjunction with ivermectin-induced chemokine signaling, it can significantly reduce the time to full symptomatic recovery, from days to minutes or hours.

From what you have seen around the world with ivermectin, which jurisdictions have it right?

The one single country I would highlight is Nicaragua. It has seen adoption in many regions of the world; however, Nicaragua’s promotion of prophylactic use appears – and I say appears, because reported data can always be unreliable – to have effected the complete eradication I would like to aim for, without masks, lockdowns, or any of the other ineffective methods pushed by the public health community.

Do we know what are the implications of taking ivermectin on our natural/innate immunity?

There are no lasting effects, positive or negative, that I am aware of. In the short term, inflammatory cytokines are dramatically reduced, while group I IFN, TNF and various chemokines are elevated, evoking a much more precisely targeted cytotoxic response to infected cells.

What other most important agents do you see for dealing with an endemic SARS-CoV-2?

SARS-CoV-2 becoming endemic is simply unacceptable in my view. The virus is too dangerous to allow it to persist and evolve.

I would highlight the efficacy of bromhexine and colchicine as prophylactic and curative, and various zinc ionophores such as EGCG, hydroxychloroquine, quercetin, and others, in combination with zinc, as prophylactic.

One therapeutic that certainly does not get enough attention is L-ascorbic acid; a high dose, by my protocol being 55mg/kg, given orally per 3 hours, can effect very rapid, albeit temporary symptomatic recovery in early to moderate disease stages, and significantly higher doses can rapidly alleviate even the most severe disease stages. It must be noted that preparations including sugar can severely inhibit absorption and bioavailability, and ascorbate preparations present a significantly elevated risk of kidney stones. Pure, unsugared L-ascorbic acid is absorbed through the stomach at a rate comparable to IV administration. Ascorbic acid both mechanically degrades the viral capsid and provides the metabolic fuel necessary for macrophages and neutrophils to continue phagocytosis of large quantities of pathogens, in the latter case also inhibiting NETosis in favor of continued phagocytosis, reducing oxidative stress and inflammation in infected areas. If high dose ascorbic acid were to enter regular use in hospitals, I would expect mortality to fall very significantly and to remain low. It is not curative, and must be used in conjunction with another antiviral, but I expect its use will prevent mortality in a very large majority of cases.