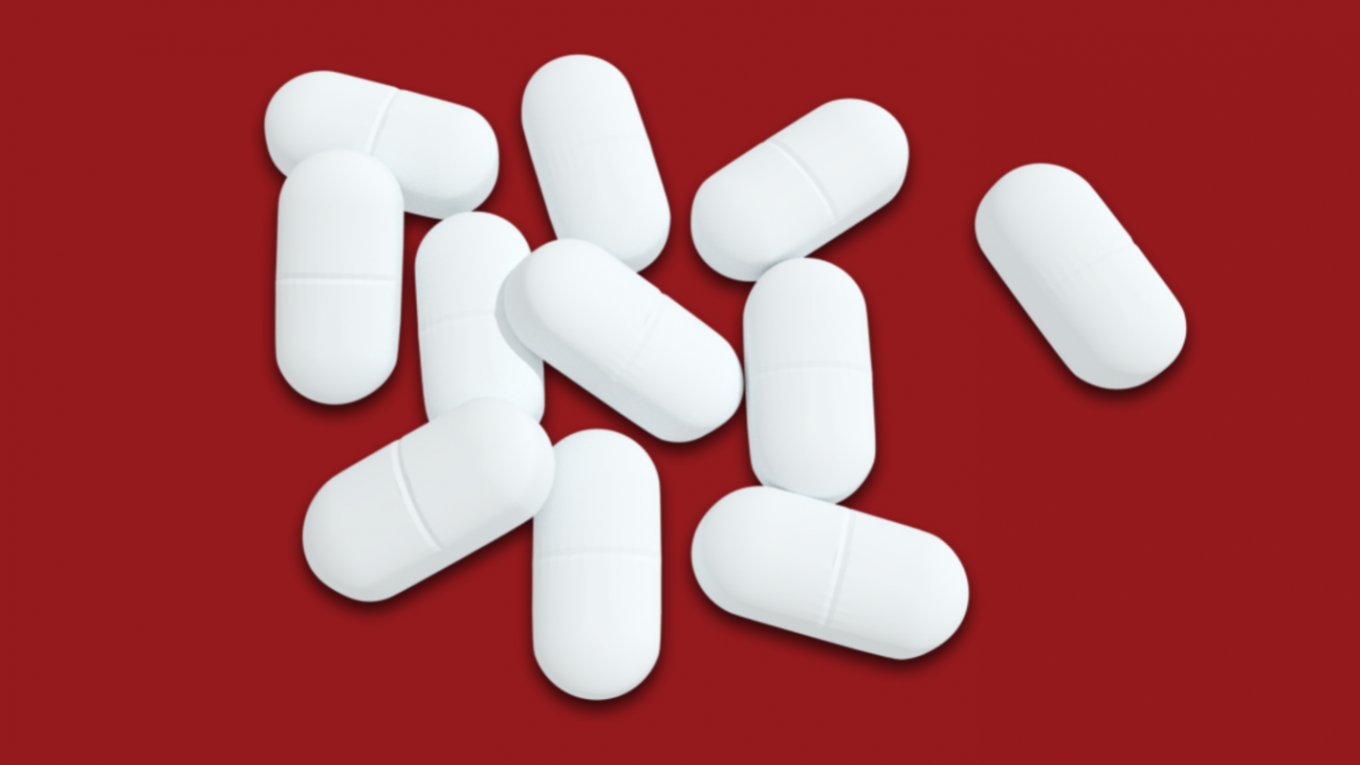 If you want to better understand the various means used to discredit hydroxychloroquine-based treatments, or who knows, if you seek to discredit such treatments, this guide is for you. This is a facts-based, yet somewhat satirical piece. You may sometimes smile reading it. You may be outraged too. But never forget, numerous lives are at stake. Today, hydroxychloroquine-based treatments are unfortunately no longer just a public health tool to save lives and fight the pandemic, as they should be. Hopefully, this guide will help you understand what is at play. Maybe it may even help to refocus the discussion on what really matters: fighting the pandemic, saving lives, and progressively returning, in a safe way, to normalcy in our social and economic lives.

This is the most standard argument against hydroxychloroquine-based treatments. For example, the head of the American Medical Association told CNN’s @wolfblitzer earlier this month it could lead to death. More recently, an official panel of experts in the US also stressed such risks, and stands with the position that “at present, no drug has been proven to be safe and effective for treating COVID-19.” https://covid19treatmentguidelines.nih.gov/

Meanwhile, in the context of the research carried out at IHU Marseille, covering 1061 patients, with medical monitoring including 2 electrocardiograms, no cardiac issue was encountered. The Marseille research, by Professor Didier Raoult and his team, only registered 5 deaths, aged between 74 and 95, out of the 1061 treated COVID-19 patients.

II. USE LATE STAGE TREATMENT STUDIES TO YOUR ADVANTAGE

The clinical basis of hydroxychloroquine-based treatments is to control and reduce the virus load at an early stage of the disease. That’s what has been emphasized very early by Professor Raoult and his team. “When it is too late, it’s too late” Raoult stated in late March. Yet, lots of the current research does not take that into account.

A recently released study by Magagnoli et al, relying on a retrospective analysis of medical files of veterans, concluded that the drug was ineffective. The study was however looking at the effects of the therapy on severely ill patients – a stage of the disease when hydroxychloroquine-based treatments are already known not to be effective.

The Magagnoli study was not carried out according to the “gold standard” of randomized controlled trials, yet was very widely quoted in the media as supposedly proving the ineffectiveness of hydroxychloroquine. The media support for the conclusion of the study, that hydroxychloroquine is supposedly ineffective, was in fact huge. Professor Raoult was among those who reacted to the study. “In the current period, it seems that passion dominates rigorous and balanced scientific analysis and may lead to scientific misconduct. The article by Magagnoli et al. (Magagnoli, 2020) is an absolutely spectacular example of this,” stated Raoult and collaborators.

This statement by Professor Raoult may be circulating over the Internet, but is unlikely to be widely quoted in the mainstream media. As of writing this piece, only Fox News Laura Ingraham covered the reaction by Professor Raoult. She actually even reported on a statement by the US Secretary of Veteran Affairs Robert Wilkie, who admitted that the drug was given to veterans at their last stages of life. Wilkie added in the interview: “We know the drug has been working on middle-age and young veterans … it is working in stopping the progression of the disease.” It remains to be seen if that latter statement by Secretary of Veteran Affairs Robert Wilkie will be aired on other media than Fox News …

>>  The Zelenko Early Treatment Study, the Role of Zinc, the Therapeutic Approach to COVID-19 in Germany

A corollary to the above point is the compassionate use of hydroxychloroquine-based treatment, when it is well known not to work. An example of such an ill-conceived approach can be found in the Canadian province of Québec, where an institute advising the government recommends just that.

“Outside of a research protocol, use should be limited to patients whose clinical situation is severe, evaluated on a case-by-case basis, supported by an interdisciplinary committee of experts,” declared the INESSS institute on March 29. Yes, exactly the contrary of what needs to be done.

Still today, except in the province of New-Brunswick, Canadian citizens, including seniors in elderly homes who are extremely vulnerable, are denied potentially life-saving early hydroxychloroquine-based treatment.

One of the most widespread arguments to discredit hydroxychloroquine-based treatment is to claim it’s unproven, and that double-blinded randomized clinical trials are necessary before any conclusions can be reached.

It sounds all very credible and wise, but there is something really weird. Professor Ian Lipkin did not wait himself for the research to ask for treatment, and he himself, in late March, took hydroxychloroquine as a cure for COVID-19, as he explained in this video.

V. QUOTE RESULTS OF CLINICAL TRIALS WITH OVERDOSAGE OF HYDROXYCHLOROQUINE

To reinforce the supposedly highly dangerous nature of hydroxychloroquine, there are clinical trials that were reported in the media as so dangerous for the patients that treatment had to be interrupted. This occurred in Brazil, but also in Sweden. In the case of Brazil, upon verification of the dosage, one could find online that dosage for one of the arms of the trial was 600 mg hydroxychloroquine twice daily for 10 days, i.e. a total dose 12 grammes, combined with azithromycin. https://www.medrxiv.org/content/10.1101/2020.04.07.20056424v2 This is double the dosage of what is being administered to patients in Marseille.

There were also media reports of treatment having been interrupted in Sweden. There, the dosage was not made public, and the university professor in charge of the trial declined to divulge the information following two email queries.

A lot of the details about hydroxychloroquine clinical trials are unfortunately not made public by researchers, who probably want to avoid any form of scrutiny. It’s important to stress that there are more upcoming trials with overdosage.

For example, the University of Chicago is recruiting for a study “to examine the tolerability of high dose hydroxychloroquine in patients with COVID-19 who are not yet hospitalized, but have risk factors for disease progression and complications.” 1200 mg hydroxychloroquine daily will be prescribed, in divided doses, for five days or until fevers abate (maximum ten days of treatment allowed). https://clinicaltrials.gov/ct2/show/NCT04351620

High dosage is also part of the RECOVERY research in the UK, as discussed below.

When the World Health Organization launched in March its international “SOLIDARITY” research program, it had identified 4 treatment options: Remdesivir; Lopinavir/Ritonavir; Interferon beta-1a; and Chloroquine and hydroxychloroquine. Since then, lots of knowledge has accumulated regarding hydroxychloroquine, which is now known to have better results in association with Azithromycin and/or Zinc. But many research trials had already been launched and started recruiting.

In the UK alone, this is a massive trial, with 6832 Participants and 170 Active sites. But what’s the usefulness of such massive trials when it’s already known that hydroxychloroquine is more effective in association with Azithromycin and/or Zinc. It looks like it’s all designed to fail. Of course, patients will receive suboptimal treatment (and the other tested drugs may be even less effective than hydroxychloroquine alone. Over 1000 patients will receive placebos. Not only will the trials take lots of time to yield results, but the outcomes will be of little use for therapeutic purposes, as a better treatment already exists.

And of course, the poor expected efficacy of hydroxychloroquine in this trial will provide further ammunition to those seeking to discredit it. They will provide a (flawed) argument to the Boris Johnson government to deny treatment to the population, which is highly suffering from the pandemic, with a high case fatality rate of approx. 12%. And by the way, if you know what kind of treatment Boris Johnson received, that brought him out of the ICU in record time, let us know!

VII. ARGUE THAT LARGER STUDIES ARE NEEDED, EVEN IF THEY ENDANGER MANY PATIENTS’ LIVES

A common criticism of the two initial studies by the Marseille team of Professor Raoult was that they were small – with respectively 36 and 80 patients. Professor Raoult is obviously not alone in France to conduct COVID-19 related research. The Anger University Hospital launched a massive 1300 patients randomized controlled trial. It’s an “Hydroxychloroquine versus Placebo” trial, that has as « inclusion criteria » in the research: either being 75 year old or older or having a peripheral oxygen saturation (SpO2) ≤ 94%.

These are obviously highly vulnerable people. They will either receive a placebo, or a poor treatment, as no zinc or azithromycin is combined with the hydroxychloroquine. It isn’t either an early treatment, as recommended by Professor Didier Raoult. The scientists, in their public statements, claim that the research “will close the debate about hydroxychloroquine,” which is highly questionable, given the above described flaws. In fact, hundreds of lives are at risk in this trial.

Meanwhile, the researchers are appealing to the general public for generous research donations. The budget of this highly questionable research is estimated at 850,000 euros. And the conclusions can already be pretty much predicted: hydroxychloroquine will likely be found ineffective. And even if some form of effectiveness was found, it would not be strong and it would not be of any therapeutic usefulness, as better hydroxychloroquine-based treatments are already known.

VIII. DISMISS ANY STUDY THAT IS NOT PEER REVIEWED, UNLESS IT SUITS YOU

When you check the database of the World Health Organization, you can now find over 1000 COVID-19 studies under way globally. Most have not started yet, or are underway, and it will take months or possibly years to get results. But there are few exceptions, and researchers then make the publication available in “pre-print” form immediately. On the medrxiv preprint server for health sciences, the following statement is associated with articles published on the platform: “This article is a preprint and has not been certified by peer review. It reports new medical research that has yet to be evaluated and so should not be used to guide clinical practice.”

In these times of pandemic and with the urgent need to find solutions, this is becoming a standard way to make research available. So this is not peer-reviewed research. A peer-review process typically takes at least 3 months to be completed. If you abide by the letter of the above statement, such research “should not be used to guide clinical practice.” This is another means that is pretty effective and straightforward to discredit hydroxychloroquine-based treatment: it has not been peer reviewed.

Of course, several non peer reviewed research results have been used to discredit hydroxychloroquine, such as the one with overdosage of the medication in Brazil, or the one on the use of the medication, at a too late stage for it to be effective, on veterans in the US. The logic here is simpler. Just say it’s not peer reviewed, which can be said about almost all available research on COVID-19. Simply say it when it suits you of course ….

Here we list his statements and explain why he is wrong.
@ashishkjha @Brown_SPH @nytimes @CNN @SenRonJohnson
https://theeconomicstandard.com/refuting-dr-ashish-jhas-dangerous-and-deceptive-testimony/

Greetings and welcome to COVEXIT.com, a website offering independent global news and policy analysis regarding COVID-19, with special emphasis on early treatments.

Where to start your visit? You can choose from … a) the latest noteworthy articles b) our latest video interviews with leading experts c) our upcoming webinars (yes Register, and it’s free!).

And don’t forget to subscribe below to our newsletter, so you receive regular updates about our coverage. Thanks!