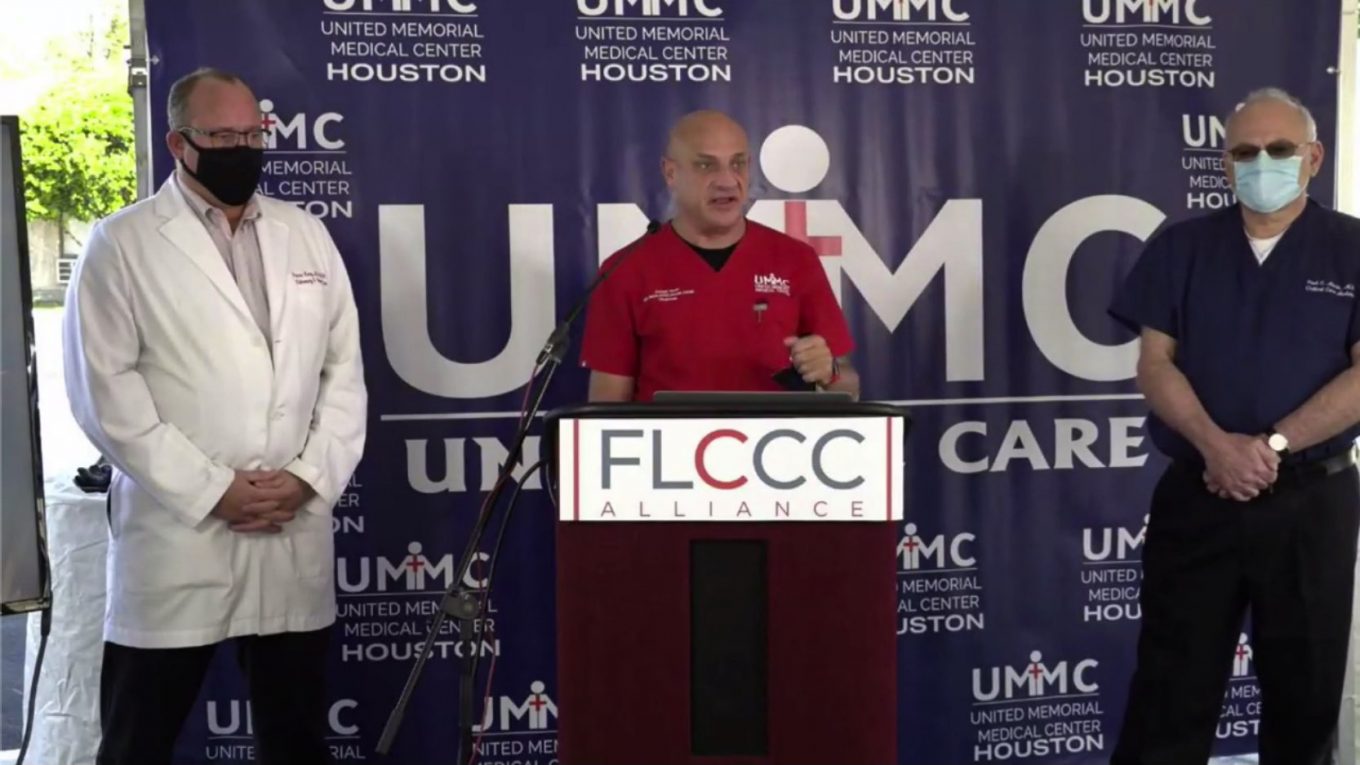 The three distinguished doctors had a simple and urgent message: it’s extremely important to take action to to reduce hospitalizations and deaths.

This they argue needs to be done with prevention / prophylaxis and early treatment.

They provided a review of existing studies, including the one in a French nursing home, that we also covered recently.

The distinguished doctors indicated the US authorities had not properly looked at Ivermectin and that the current guideline, to use it only in clinical trial, was misguided.

They also argued that no randomized controlled trials should be done with Ivermectin because they drug is already known to work, and that well designed observational studies should be conducted instead.

When closing, the distinguished doctors emphasized again the need for prevention and home treatment for COVID-19, in order to reduce the need for hospitalization and to reduce mortality.

“Following the swift review —and subsequent guidance— by the NIH and the CDC of Ivermectin, we expect that Ivermectin’s widespread, immediate use will allow for a rapid and safe re- opening of businesses and schools across the nation—and quickly reduce the strain on overwhelmed ICUs.” —FLCCC Alliance

The FLCCC Alliance also said that widespread use of this protocol would contribute to a rapid and safe re-opening of businesses and schools across the nation—and reduce the current strain on overwhelmed hospitals and ICUs.

“The effective vaccines for which we have all been waiting are coming very soon, but not soon enough to save the tens of thousands who are projected to die before the widespread distribution of the vaccines can be completed,” said Dr. Pierre Kory, a founding member of the FLCCC Alliance, an Associate Professor of Medicine and Critical Care physician at St. Luke’s Medical Center in Milwaukee, Wisconsin. Right now, COVID-19 is a runaway train barreling down the tracks, and if you’re on those tracks, Ivermectin can help lift you out of harm’s way.”

Over the last several weeks, the Critical Care physicians of the FLCCC Alliance conducted a comprehensive review of the rapidly emerging scientific evidence on Ivermectin from studies conducted around the world. (The link to their review is HERE.) This review led the team to develop the I-Mask+ Protocol and to call for its urgent adoption by health authorities — who could subsequently issue immediate guidance for the nation’s prescribing physicians.

“It is true that these rapidly emerging studies demonstrate the power of Ivermectin, a repurposed, 40-year-old drug first approved by the World Health Organization (WHO) for treating parasitic infections,” said Dr. Paul Marik, the founder of the FLCCC Alliance, Professor of Medicine and the most highly published Critical Care physician in America. “Furthermore, over the last four decades, Ivermectin has been used safely by 3.7 billion people.

“Why it works so well in COVID-19 is that Ivermectin has shown very high activity fighting both the SARS-CoV-2 virus as well as the inflammation produced in all stages of COVID-19. It works pre-and post-exposure, the early symptoms phase and late-stage disease,” continued Dr. Marik. “New and highly compelling data has emerged since August—which is the last time the National Institutes of Health (NIH) reviewed or updated their data. We now know from numerous and increasing randomized controlled trials that Ivermectin inhibits the SARS virus and prevents the virus from multiplying. Study after study shows consistent and reproducible efficacy.”

The FLCCC Alliance physicians believe that Ivermectin is the potential solution to the pandemic— and will change the face of this disease worldwide. That is why the FLCCC is calling upon national health authorities to swiftly review the comprehensive medical evidence and issue guidelines for doctors to begin immediately prescribing Ivermectin for their patients.

“If the goal is to prevent people from getting COVID-19 and to keep people in the early phase of the disease from ever progressing to serious illness, then we have just the treatment,” said Dr. Joe Varon, Chief of Staff and Chief of Critical Care Services at United Memorial Medical Center in Houston, who has been taking care of critically ill COVID-19 patients for 280 consecutive days. “It is also part of a combination that doctors throughout the nation can safely prescribe. It is inexpensive, off-patent, and widely available around the globe. And with continued mask- wearing, social distancing and hand-washing, it can get this nation back to work—well before the widespread distribution of the vaccine.”

The components in the FLCCC’s I-Mask+ Protocol can also reduce the current out-of-control hospitalizations. Epidemiological data from all over the world show that with Ivermectin, infection rates and death rates are plummeting. (Link to protocol is HERE.)

“We find it that these data are consistent and credible,” said Dr. Kory. “More and more studies keep coming in everyday. We are thoroughly convinced that this is the potential solution to the global pandemic.”

Many patients who have already asked their doctors to prescribe Ivermectin for them have been turned away. “Ignoring the data and the findings supporting Ivermectin in the treatment of COVID19 is an abandonment of the Hippocratic oath,” said Dr. Marik.