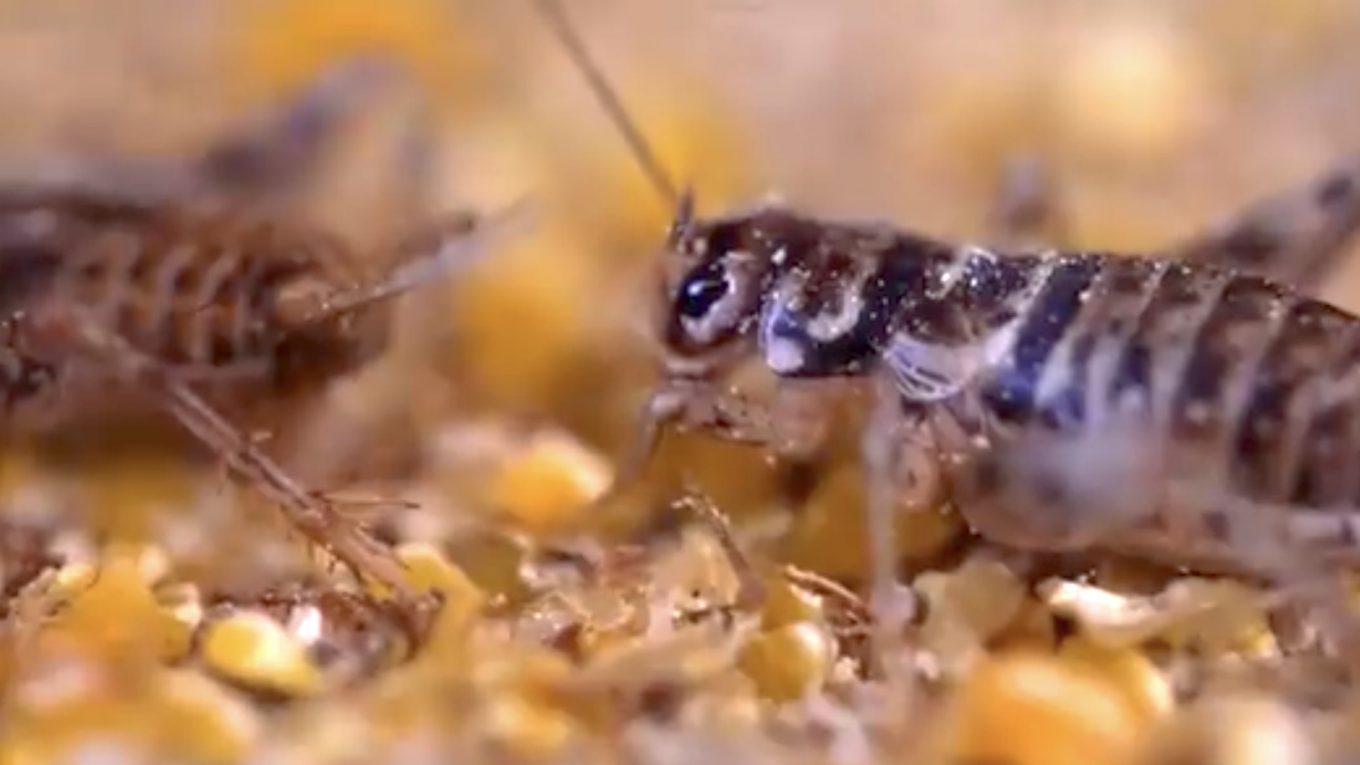 We hear many stupid things these days, especially in the context of the great reset and climate change / sustainability discussions.

One of them is that we should include crickets in our diets.

Now, what has this to do with COVID-19. Actually, there shouldn’t be much of a link, as this disease is perfectly treatable through early treatment, as discussed at lengths in this blog.

But many policy makers throughout the world, who have been mostly inept in designing a proper response to COVID-19, have been brought to believe that one should make things much more complicated and that now is the time to do a “reset” including into our diets.

So let’s have a quick look at this cricket diet thing.

Are crickets an effective way to produce food, in particular proteins?

This is not a very comprehensive analysis, but the answer is NO,

This is because there is, with crickets, still a very inefficient conversion of the feed given to crickets, that comes from plants.

This applies to the proteins: there is inefficient conversion of plant proteins into animal proteins with crickets. At least, it isn’t better than what is achieved with poultry.

There are fortunately real solutions. What’s important to reduce the human diet footprint is to transition intelligently towards diets richer in nutritious plants.

And ideally, these plants should be organic and GMO-free.

There is also, especially in industrialized countries, a big issue of over-eating.

This is a vast topic I already analyzed back in 2017 in this article in Policy Options.

Now let’s get into the substance.  First, let’s look at the inefficiency of animal food production.

The article “Energy and protein feed-to-food conversion efficiencies in the US and potential food security gains from dietary changes” by Shepon et al (2016) is a good starting point.

The graph below shows the feed to food protein flux into edible animal products and summarizes the considerable inefficiency of animal food production, with beef and pork being the worst performers, at respectively 3% and 9%. “Best” performer is eggs, but it’s still only 31%, i.e. 69% waste. Poultry is at 21%. Dairy at 14%.

The video below is about a cricket farm in Ontario, Canada. While not providing details, it says the crickets eat a mixture of corn, soy and flax – i.e. the same kind of ingredients as for animal feeds for pork, poultry, etc.

Note that corn, soy and flax, especially if GMO-free and organic, are excellent nutritious foods for human consumption.

The video doesn’t comment about it, but it’s very likely, the feed used for those crickets is mostly genetically modified corn and soy. GMOs are indeed now the production standard for corn, soy and other crops in Canada.

What about the conversion (in)efficiency of crickets, fed with such feed?

The article “Crickets Are Not a Free Lunch: Protein Capture from Scalable Organic Side-Streams via High-Density Populations of Acheta domesticus” by Lundy and Parella (2015) examines this question.

“It has been suggested that the ecological impact of crickets as a source of dietary protein is less than conventional forms of livestock due to their comparatively efficient feed conversion and ability to consume organic side-streams.”

“In order for insect cultivation to sustainably augment the global supply of protein, more work is needed to identify species and design processes that capture protein from scalable, low-value organic side-streams, which are not currently consumed by conventional livestock.”

So long the concept that crickets would constitute a miracle superfood for human consumption.

Oh, on Twitter, someone asked about fish. Is fish better than chicken or crickets?

The answer is no. Commonly farmed fish, like Tilapia, don’t offer a better solution.

This article by Boyd (2018) looks at protein conversion efficiency in aquaculture and concludes:

“Feed protein conversion by feed-based aquaculture production is of about the same efficiency as obtained in chicken production.”

Also, on Twitter, someone seemed to particularly like salmon, a supposedly healthy food thanks to the Omega 3s. But it’s well documented that salmon farming has its own problems – which makes some see it as one of the most toxic foods in the world! There are several documentaries available about this, including this one:

Now let’s get back to our crickets. Just announced was a new facility for producing crickets, in Ontario.

It’s supposedly the largest in the world!

So Canadians will have more opportunities to eat crickets.

They may get a good conscience, and think they will help saving planet earth. But they won’t, as this production remains highly inefficient compared to plant-based foods.

Canada, especially in the Prairies, has actually become a large producer of plant-based proteins, in the form of pulses, for human consumption. Most of those are however exported to countries such as India.

Despite a food guide now embracing the widespread incorporation of plant-based foods into diets, Canadians continue to prefer animal-based protein, and little has been done to change that since the latest version of the guide was published.

The real solution to reduce the environmental footprint of diets is to incorporate a large proportion of healthy nutritious plants into what we eat.

The solution is very simple.

Have you heard about it in the news?