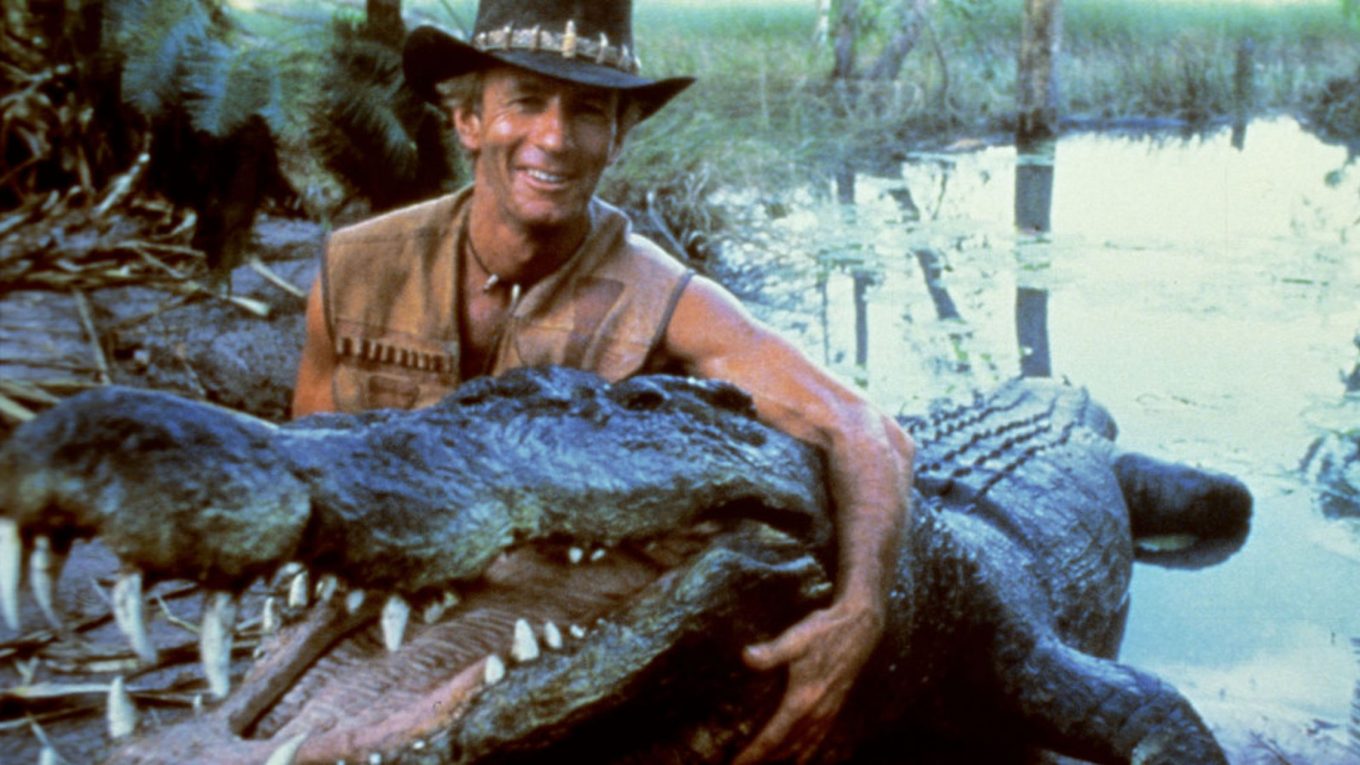 We all have this image of the tough, fearless, Australian people, as the country is now so much associated with the Crocodile Dundee movie.

In Australia, crocodiles are by no means the only danger. There are plenty of hazards: snakes, sharks, spiders, etc. The most dangerous animal is actually a jellyfish, the sea wasp, with a venom that attacks the heart and the nervous system.  Australia also has some of the most toxic mushrooms and plants.

So how could the brave people of Australia, living in country with so many hazards, have such fear of a small pill called hydroxychloroquine, which is known to actually pose very little risks, even less than paracetamol for example.

Hydroxychloroquine has been used by millions for malaria, lupus and rheumatoid arthritis. Billions of doses have been taken during the past 60 years, and numerous doses of its predecessor, chloroquine too.

It’s not only in African or other tropical countries that you can get hydroxychloroquine easily if you need it. In Switzerland, for example, the drug has been made available in pharmacies for COVID-19, except for a short period from May 27th to June 11th.

But what’s going on in Australia? There, hydroxychloroquine is being seen as very dangerous, and that happened even before the now discredited LancetGate fake study episode.

Authorities in Australia, like in other Commonwealth countries such as Canada, New Zealand and the United Kingdom, fiercely oppose hydroxychloroquine.

Australia’s official position is that “there is no cure or treatment to prevent COVID-19.” “Some reports suggest hydroxychloroquine can be used to treat COVID-19. The Therapeutic Goods Administration has not approved hydroxychloroquine for treating COVID-19, in Australia,” states the governmental website.

As early as March 24, the Department of Health decided to “amend the current Poisons Standard (the Poisons Standard February 2020) to include an Appendix D listing for hydroxychloroquine as follows:

Appendix D, Item 8 – Poisons for which the initial treatment of a patient has been authorised following the commencement of the Poisons Standard Amendment (Hydroxychloroquine and Salbutamol) Instrument 2020 by a medical practitioner, recognised under State or Territory legislation that forms part of the Health Practitioner Regulation National Law, as a specialist in any of the following: (a) dermatology; (b) intensive care medicine; (c) paediatrics and child health; (d) physician; (e) emergency medicine.

In other words, the benign drug, used by millions to prevent malaria, or to manage lupus or rheumatoid arthritis became a poison on March 24 in Australia!

Let’s have a look at the specific for two states: Victoria and Queensland.

The State of Victoria is where there is presently the largest outbreak in Australia. This new outbreak started mid-June and does not seem yet under control. On August 2nd, for a total of 671 new cases in the country, 641 of them originated from Victoria. So far, most cases, hospitalizations and deaths in Australian have been in Victoria.

What about hydroxychloroquine? You need to go into the “Medicines and Poisons” section of the health.vic website – at https://www2.health.vic.gov.au/public-health/drugs-and-poisons –  to learn about the situation. There you learn that there is an “Order – Restricting the sale, supply or use of Hydroxychloroquine – dated April 29, which was extended from July 23 to October 22 (unless it would be revoked earlier).  The order was issued under the Drugs, Poisons and Controlled Substances Act of 1981.  The list of “circumstances” when hydroxychloroquine does not include COVID-19.

Only exception: “The terms and conditions of the Order do not preclude the conduct of clinical trials conducted in Victoria for hydroxychloroquine approved by a Human Research Ethics Committee that are included on the Australian New Zealand Clinical Trials Registry.”

With the rising number of cases, new measures are contemplated by the Victoria government, including an overnight curfew for the next 6 weeks.

There will be spot checks on people’s homes. If residents don’t give permission for them to enter, police will be authorized to enter without a warrant.

Golf and tennis venues will be closed again. Between 8pm and 5am, people living in Melbourne will not be able to leave home except for work, medical care and caregiving.

In Queensland, you may even go to jail if you get hydroxychloroquine for COVID-19!

Pharmacists can dispense hydroxychloroquine, but only if “they have taken reasonable steps to confirm the person they are dispensing to has a genuine medical need,” which means not dispensing for COVID-19.

And here comes the prison threat: “What is the penalty if the direction is not followed?” the answer is: “If you don’t comply you may receive an on the spot fine of $1334, a court-imposed penalty of up to $13,345 or 6 months imprisonment.”

So, getting the drug that is available for just a few dollars, over the counter, in a number of countries, can send you to jail for 6 months and cost you over AUS$13,000 in Queensland, Australia!

On July 30, hydroxychloroquine was removed from the ASCOT COVID-19 Trial.  The new evidence was reported through two media releases from a large and well-designed study conducted by Oxford University and the World Health Organization.

“We have made this decision based on the reports of the UK study, plus growing evidence from several smaller studies showing hydroxychloroquine and lopinavir/ritonavir are not effective in treating COVID-19,” Associate Professor Tong said.

Some will remember that the Oxford RECOVERY clinical trials relied on toxic doses and had numerous flaws and particularly high mortality, while the WHO relied on the fabricated Lancet Mehra study, now retracted, to suspend hydroxychloroquine.

Despite any absence of proof of reducing mortality, and evidence of substantial toxicity, Australia has adopted remdesivir as the standard of care for patients in hospital with hypoxia.

What about Clive Palmer and his Foundation?

Last April, Australian mining magnate Clive Palmer announced the donation of millions of doses of hydroxychloroquine to the Australian government, to be placed on the national medical stockpile.

What happened with all this HCQ? Apparently, not much. The federal and state governments continue to heavily restrict its use, with a few exceptions in hospital settings.

The state with current outbreak, Victoria, which just announced a “State of Disaster” with a strict lockdown, has among the toughest restrictions against hydroxychloroquine.

There have been a few attempts by Clive Palmer and his foundation to promote hydroxychloroquine in Australia, but there was no breakthrough.

As we already indicated, the most significant clinical trial, that was supposed to guide the government regarding its use, has discontinued the hydroxychloroquine arm.

The latest media release that can be found on the Clive Palmer Foundation website https://www.palmerfoundation.com.au/

is dated April 29, and explains why Clive Palmer takes out three-page ads promoting reason he purchased hydroxychloroquine, free for Australians.

Since then, the Foundation has mostly updated its website with information from various sources about new hydroxychloroquine from around the world.

There are lots of politics involved too. Clive Palmer is now fighting a legal case regarding border restrictions imposed by Western Australia.

Western Australia shares a border with the Northern Territory and South Australia. Currently, there are less than 20 active COVID-19 cases in these three States, for a combined population of 4 million inhabitants.

This legal case is ongoing, yet the federal government has decided not to side with Palmer any longer.