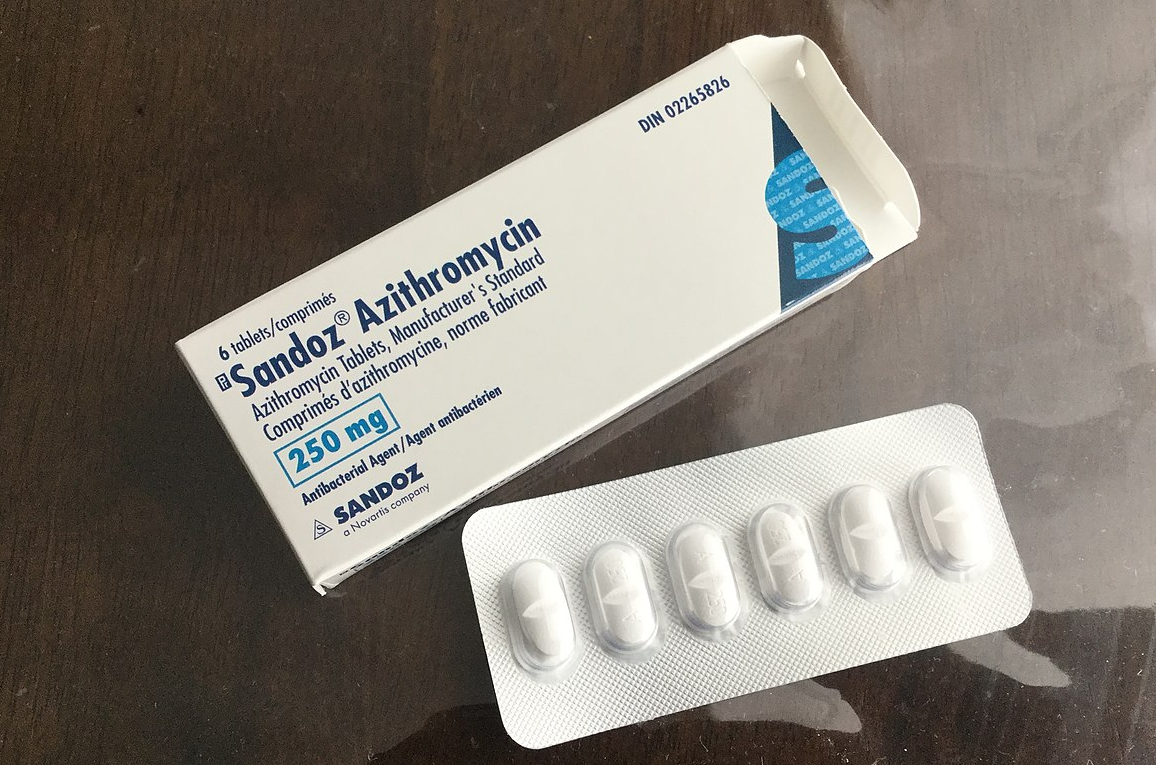 The generic antibiotic azithromycin, one of the world’s essential medicines according to the World Health Organization, is now in the crosshairs of French health minister Olivier Veran, who seems to seize another opportunity to antagonize medical doctors in France.

As we reported on previous occasions, including in our video interview with Dr Gilles Besnainou, who developed a large network of medical doctors and people seeking answers about COVID-19, azithromycin played an important role in France, when general practitioners started treating patients for COVID-19.

Since March, the French health minister, visibly unimpressed by the therapeutic outcomes by Professor Didier Raout at IHU-Marseille and the lower mortality rates in Marseille compared to Paris and France in general, had introduced severe restrictions to hydroxychloroquine prescriptions in France. That brought general practitioners to seek new approaches to treat COVID-19 early, and it’s how the combination of azithromycin, which also has anti-viral properties, and zinc, became prescribed.

While not happening directly, there is a feud in France between the health minister Olivier Véran and Professor Didier Raoult, who have totally different views about how to cope with COVID-19. Even the wife of minister Olivier Véran, Coralie Dubost, who is also a politician, has strongly criticized Professor Raoult, suggesting the esteemed professor was irresponsible and that hydroxychloroquine could even be fatal to his patients – something that is obviously totally contrary to the clinical outcomes at IHU-Marseille.

The French health minister already made the headlines when he relied on the now retracted #lancetgate study to essentially prohibit the use of hydroxychloroquine for COVID-19 in France.

This prohibition has not been withdrawn, even if the #lancetgate study has now been proven to be a fraud.

On June 9, France’s Health Director General, Jérôme Salomon, wrote an urgent alert to doctors and other medical professionals, on the advice of France’s highest health authority – the Haut Conseil de la Santé Publique – that “no antibiotic should be prescribed to any patient presenting symptoms associated with COVID-19” … “the literature does not bring any argument to propose a prescription of azithromycin.”

It sees the directive as “abusive and dangerous” because the law allows medical doctors to freely prescribe, in good conscience, taking the advantages and disadvantages of the various therapeutic options available.”

The association also point to studies having shown the advantages of prescribing azithromycin, as a means to reduce the duration of symptoms, reduce the viral load, avoid bacterial secondary infections and provide anti-inflammatory benefits.

In a related development, two medical doctors who were pioneers in prescribing azithromycin, Dr Jean-Jacques Erbstein and Dr Denis Gastaldi, were invited to a formal hearing by the medical order of the Moselle region.

In a radio interview, Jean-Jacques Erbstein, who is preparing a book about his experience, explains that at the beginning of the crisis, he was a “good soldier.” And then he moved to the camp of the “renegades” because he could not cope any longer with people suffering so much and he started treating them.

One aspect of the formal hearing will be whether the medical doctors undertook a clinical trial. In his radio interview, Dr Erbstein comments that he is a bit surprised by the invitation to this hearing.

“The terms that are used suggest we did some clinical trials. But we have never claimed to make studies.” “We never prescribed on a systematic basis these antibiotics and other medications to everyone.” “It has also ways been on a case by case basis.”

“It would be terrible if we, general practitioners, who follow our patients for years, would suddenly treat them as guinea pigs.”