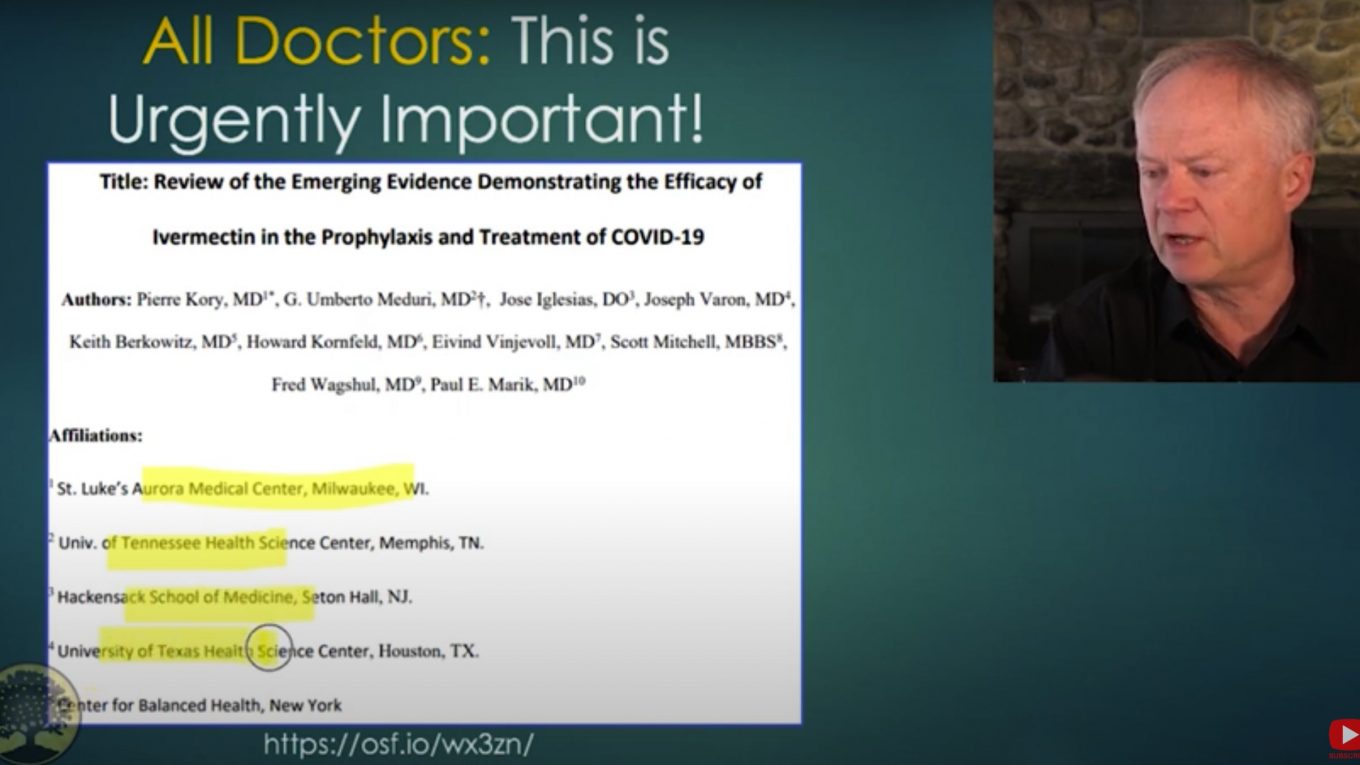 Chris Martenson, PhD, one of the most attentive observers of covid-19 developments, since his first video dated January 24 2020, just released this video where he comments the latest about Ivermectin.

Martenson argues it’s the best treatment agent so far for COVID-19, and that anyone getting the disease should receive a treatment comprising Ivermectin, such as the I-Mask and Math+ protocols.

Martenson relies largely on the recent Review of the Emerging Evidence Demonstrating the Efficacy of Ivermectin in the Prophylaxis and Treatment of COVID-19.

As we reported previously, many medical doctors, previously relying on the Zelenko protocol, are now adding Ivermectin to the protocol.

And of course, Ivermectin has been used since April, with first patients treated in Florida.

The drug is widely used in countries such as Brazil, always in combination with other drugs.