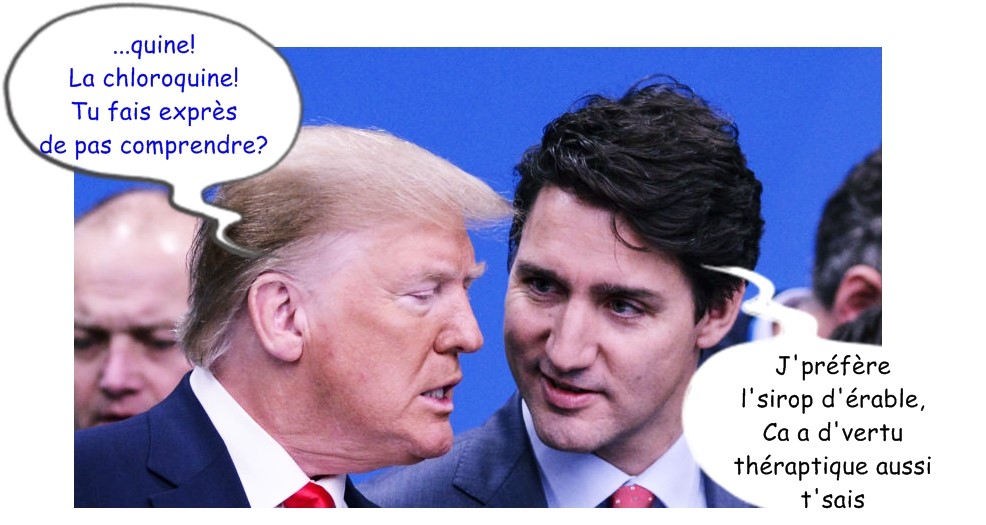 As you probably know, Canada is denying hydroxychloroquine-based treatment to the population, except sometimes at a late stage, when it’s mostly ineffective. The only Canadian province that broke ranks is New-Brunswick, which is rightly offering early hydroxychloroquine-based treatment to all those who need it, through the two provincial-wide health care networks. There is also a research program on the treatment results in parallel. All of this is great, but limited to New-Brunswick. The other provinces are denying potentially life-saving treatment to the population.

So here is a cartoon from Québec, circulating over social media.

US President Trump: Chloroquine. Are you purposely not to understand?

Oh .. and don’t forget, Canada is number one in the world for quality of life … as long as you are alive of course …