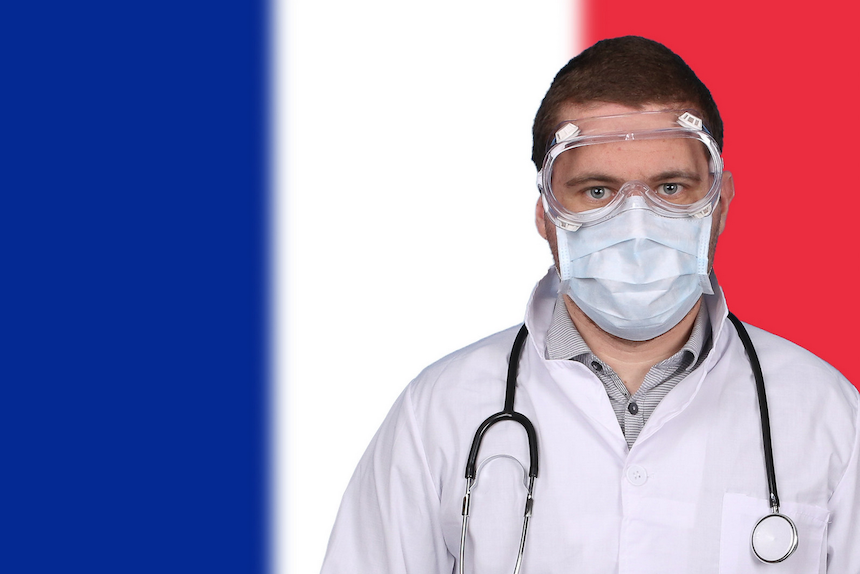 General practitioners and specialized doctors operating outside hospital settings played a key role in the fight against COVID-19 in France.

There are over 100,000 of such “city doctors” (“médecins de ville”). Initially they found themselves powerless regarding the pandemic.

Governmental guidelines required indeed those suffering from COVID-19 to stay home and to take paracetamol. They were asked to contact emergency services, in view of a possible hospitalization, only in case of worsening symptoms.

Already in March, the work of Professor Didier Raoult was making the headlines and many general practitioners sought to implement, with their own patients, Professor Raoult’s early treatment protocol for COVID-19, combining hydroxychloroquine and azithromycin.

Yet, there was a problem, and a major one. The French government had decided, by decree, on March 25, to put very strict conditions on hydroxychloroquine prescriptions, essentially preventing the city doctors from prescribing it for early treatment.

Yet, the demand for treatment was growing, and those infected were seeking something better than just staying home with the disease potentially worsening.

The city doctors started to take action. It is at that time that social media played an important role. A number of doctors started exchanging on discussion groups their experiences in treating COVID-19 to identify what was working best, what were actual solutions to treat patients and avoid hospitalization.

At the time, the only therapeutic approach recommended by the French government, which in turn relied on WHO advice, consisted in taking paracetamol. Like elsewhere, this was not working, as it was just addressing the symptoms, not the cause of the disease.

Prevented from using hydroxychloroquine, some doctors used azithromycin alone, but others tried it with zinc – a molecule already used since March by NY doctor Vladimir Zelenko.

It’s not clear how precisely the concept of combining azithromycin to zinc emerged in France, but it seems to have occurred in late March.

As we reported on April 15, several French general practitioners, exchanging their treatment experiences on social media, including a group reserved for medical doctors, had already found out, by mid April, that the combination of azithromycin with zinc was yielding good therapeutic outcomes, on hundreds of patients, with fewer hospitalizations and fewer admissions in intensive care.

The azithromycin + zinc early therapy has many common features with the Professor Didier Raoult treatment protocol. It’s an early treatment, to be taken within days of the first symptoms. It includes azithromycin, an antibiotic also known to have anti-viral properties.

But the treatment differs also from the Raoult protocol because it does not include hydroxychloroquine, yet it includes Zinc – an element that was not part of the standard early treatment protocol at the IHU-Marseille.

Note that lately, Professor Raoult indicated that they treated some patients with zinc too, yet with the rapid decline of the pandemic in Marseille, there will probably not be large studies featuring zinc out of IHU-Marseille.

With the raging pandemic, in March, many French doctors started implementing telemedicine as a way to offer consultations for their patients.

Yet, there was a huge demand for information, which brought Dr Gilles Besnaïnou, an  otorhinolaryngologist exercising in Paris, to start a Facebook group with one of his friends.

The groups offers free and fast responses by medical doctors to any question regarding the disease.

Dr Besnainou actually sought help from colleagues, and soon, there were some 10 medical doctors helping group members finding answers to their numerous questions about COVID-19.

Dr Besnainou became a pretty central figure in this movement by the French médecins de ville regarding therapies for COVID-19, and it’s in this context that our interview with him, this June 7th, must be considered.

How This Early Treatment for COVID-19 Works?

The first question that Dr Besnainou answered in our interview is about how he treats patients who consult for COVID-19 symptoms.

“Today, if a patient presents himself to my cabinet with COVID-19 symptoms, I do three things.”

“First, I ask for a PCR test, to find if the patient tests positive, if there are viruses inside his nose.”

Note that in France, tests are mostly prescribed by medical doctors, as there has generally not been widespread testing with drive throughs or testing stations.

“Second, I prescribe an anti-biotic treatment with azithromycin, with two 500 mg pills per day during 9 days. I also prescribe Zinc to stimulate his immunity. And I prescribe probiotics to improve the intestinal flora.”

“Third, I am asking for self-isolation for 15 days.”

Dr Besnainou also comments on the role of medical doctors in tracing potentially infected contacts, yet mentions that there are now official “brigades” attached to the social security services, in charge of that work.

He mentions that there is no obligation to follow a treatment in France, but according to him, a patient diagnosed to have COVID-19, following a consultation with a médecin de ville, will be treated in about 90% of the cases.”

“General practitioners in France have had to react to the initial situation at the beginning of the epidemic, when they were mostly giving paracetamol. Now the médecins de ville are on the front line and are actually treating patients.”

“There is now a general consensus among the médecins de ville to treat early, without waiting for complications”

As far as the monitoring of the patient’s condition is concerned, here is what Dr Besnainou commented.

“We now know the signs of severity of the disease. A main severity factor relates to the lungs. COVID-19 is a multi-organ disease, yet it’s most fatal for the lungs.”

“What we alert patients about is coughing and fever. If there is a high temperature and long fever, and if coughing starts, the patient must alert us.”

“We typically ask them to purchase an oximeter, a small device for the finger, which allows to monitor the oxygen level of the patients.”

“We try to keep as much as possible the patients home, as long as the oxygen level is superior to 90 or 91%.”

“Of course, one needs to take the various parameters of the patient into account. If there is a breathing insufficiency, it’s not the same as if you have a 30 year old patient apparently in good health.”

“So we are asking the patient to monitor the risk factors – fever, cough, as well as shortness of breath.”

“The oximeter will be your safety.”

“For example, it can let you find out if you are making crisis of anxiety, or if you are really sick. If you have an oxygen level of say 98%, it means it’s psychological.”

In the second part of the interview, Dr Besnainou explains how they developed a diagnostic test for COVID-19, based on the most common symptoms, with the help of a statistician / big data specialist.

Homologated testing has only been available in France for a relatively short period, so that screening for COVID-19 could not initially rely on PCR testing.

The interview, in French, covers many other facets of the COVID-19 crisis, including lasting damages to the lungs and other organs that are expected to affect patients having recovered from the disease.

In France, the epidemic is now in significant decline, yet there are still new cases here and there, and there is no guarantee of course that there won’t be any new spikes or even a second wave.

Therefore, all the experience accumulated by these front line medical doctors may still be highly relevant in the future.

To be noted, however, is that in the past days, the French authorities have just taken measures to dissuade the use of azithromycin in the early treatment for COVID-19 – a move that is hard to explain from a therapeutic angle, yet strangely resembles how hydroxychloroquine was treated by the authorities during this crisis.

Both hydroxychloroquine and azithromycin are recognized as essential medicines by the World Health Organization.

They are both are extremely cheap generic drugs, something that does not seem to be to the liking of everybody …