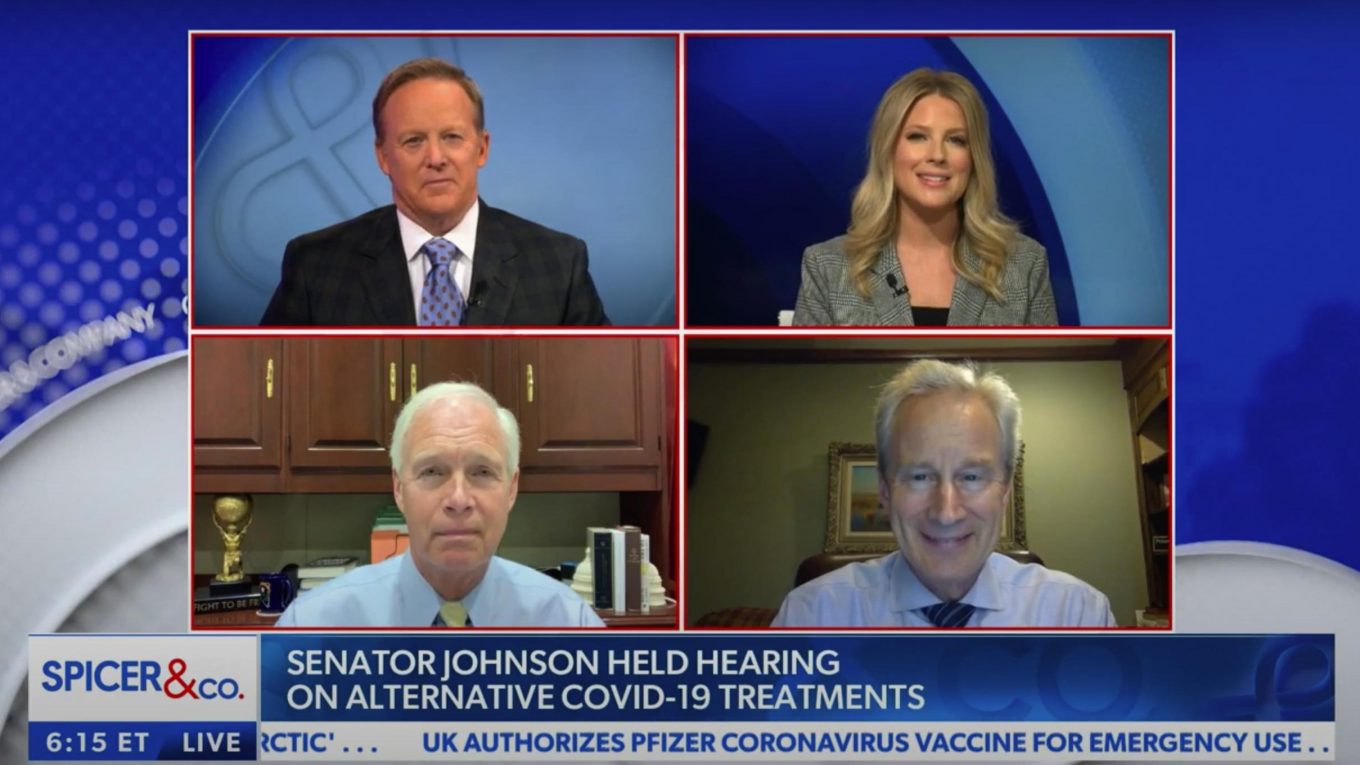 Early treatment for COVID-19 got interesting coverage in the media in recent days.

This December 2nd, on NewsMax, the network that is taking market shares from Fox news, Dr Peter McCullough appeared with Senator Ron Johnson. An angle chosen by the interviewers was the reference, at the recent Senate hearing, to snake oil salesmen, when it comes to those doctors arguing for early treatment …

On November 28, Dr Peter McCullough also appeared on Sky News Australia, a network that also provided lots of air time in recent months to Professor Thomas Borody, and brought at least some general practitioners in Australia to prescribe early treatment to patients, including in nursing homes.

Also noteworthy is the recent appearance of Dr. Ramin Oskoui on Fox News, also emphasizing early treatment, among other topics, including the misguided promotion of remdesivir by the US authorities, while the drug is both ineffective and toxic.

Unfortunately, you won’t see such coverage on media such as CNN and MSNBC, because of this horrible politicization of medicine that has occurred throughout the pandemic.

Yet millions of viewers are now more and more hearing the message that COVID-19 needs to be treated early, at home, before any hospitalization, and that’s an excellent positive development.

Let’s hope that Dr McCullough and others will be able to continue to get such media visibility, as it will take huge media outreach to correct the false and deadly narrative vehiculated so far by most media that there is nothing to do about COVID-19 before hospitalization.