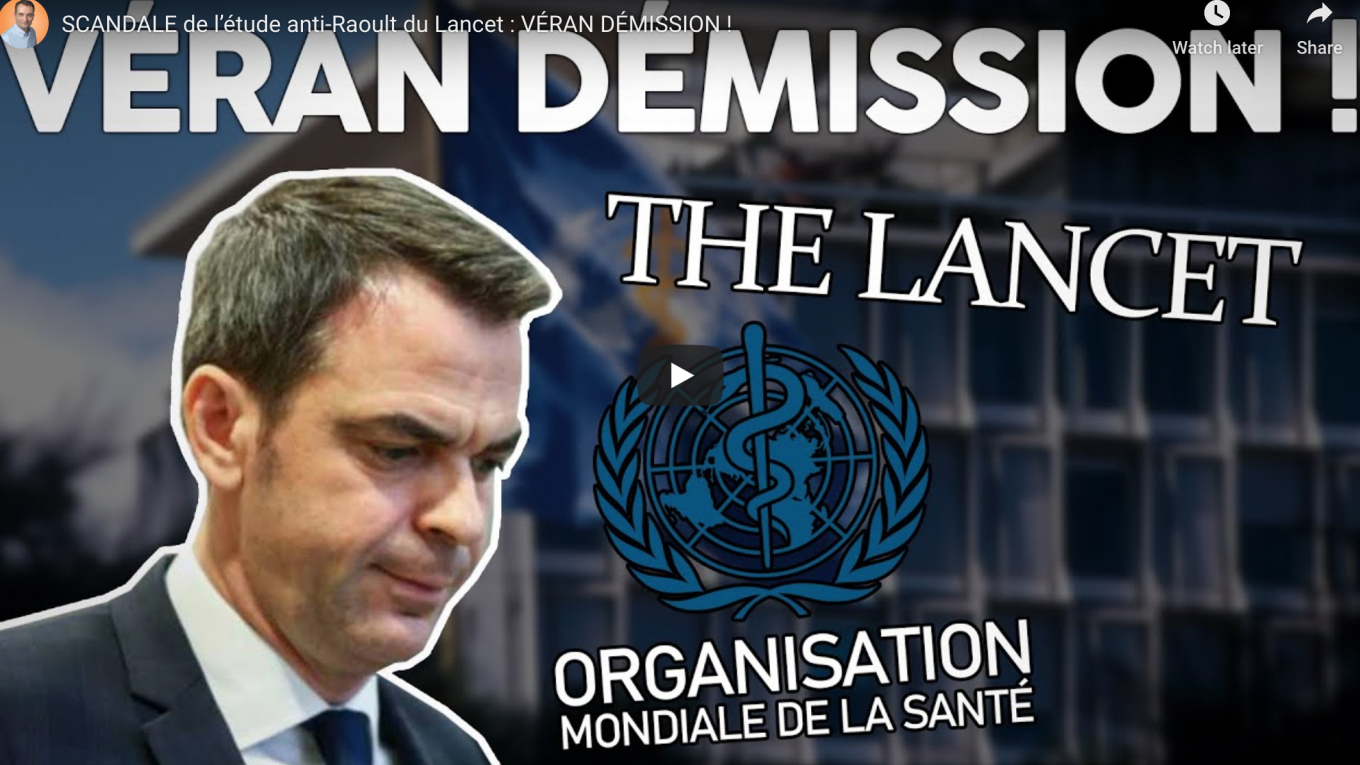 Right wing politician Florian Philippot demands not only the resignation of Olivier Véran, Minister of Health, but also that France withdraws its funding from the World Health Organization

In a video published today on his youtube channel, politician Florian Philippot calls for the resignation of Minister of Health Olivier Véran.

Florian Philippot was vice-president of the National Front from 2012 to 2017. He is currently a member of the European parliament, and leader of the political movement “Les Patriotes.”

It’s the Lancet study scandal by Mehra, Desai, Ruschitzka and Patel that led Philippot to demand the resignation of Minister of Health Olivier Véran.

As we have already reported, Minister Véran had asked, within 24 hours of the publication of the study, France’s High Council for Public Health, to recommend new regulations for hydroxychloroquine.

The High Council, chaired by Doctor Franck Chauvin, immediately recommended “not to use hydroxychloroquine (alone or combined with a macrolide) in the treatment of Covid-19”.

On May 26, the National Medicines Safety Agency (ASM), headed by Doctor Dominique Martin, “launched with promoters evaluating hydroxychloroquine, a procedure for suspending the inclusion of patients in clinical trials conducted in France” to take effect within 24 hours.

It only took a few days for the controversial Lancet study to lead to these regulatory measures.

What has been highlighted now is that this Lancet study looks more like a fraud than a scientific study.

Here are some elements:

The main open letter to the study’s lead author, Dr. Mehra, can be found here, in English.

Very early on, Professor Raoult reacted to the publication of this study, calling it “completely delusional fantasy.”

On May 29, the authors of the study made a correction, but it only relates to a minor aspect regarding Australian patients. The study remains essentially unchanged after the correction.

The twittosphere now refers to this study with the hashtag #lancetgate

In his video today, Philippot says:

“Today, the study is squarely suspected of being a fraud”

“He must leave, we are in an epidemic which has already made more than 28,000 declared deaths in our country. It is unacceptable”

“It was the drop that broke the camel of irresponsibility and incompetence, or worse”

Philippot also comments about the WHO, which also suspended the use of hydroxychloroquine in its SOLIDARITY clinical trials immediately after the Lancet study publication.

“Besides, WHO has failed. The French financial contribution to the World Health Organization must be stopped immediately. ”

“WHO has failed since the start of this epidemic.”

See below the video of Florian Philippot (in French).