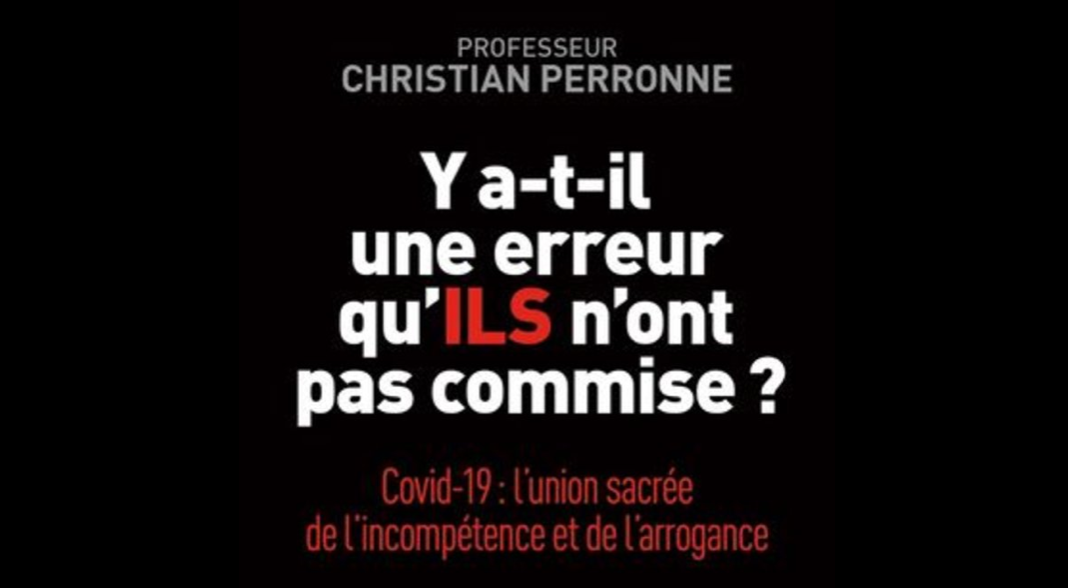 Professor Perronne’s book “Is there a mistake they did not do? COVID-19: the sacred union of incompetence and arrogance” continues to make waves in France, as Professor Perronne claims that 25,000 of those who died could have been saved if the right governmental response had been implemented.

There are now calls for the public positions of the esteemed medical doctor and professor of infectious diseases to be condemned by the medical order. But there is also a more popular movement to defend him.

As we mentioned it already last week, there is an excellent interview of Prof. Perronne on Sud-Radio, with veteran journalist André Bercoff, which already attracted half a million views on YouTube.

A review of Professor Perronne’s book was published by sociologist Laurent Mucchielli, PhD, whom we previously interviewed about the COVID-19 crisis in France. Here are highlights of his review, which you can find in full, in French, at this link.

The review distinguishes two principal attacks by Professor Perronne: one is about the “wooden language,” lies and dissimulations. The other is about governmental inaction and paralysis in the face of major health crisis.

Regarding masks, Professor Perronne, who held high advisory positions in previous administrations, criticizes the decision not to renew stocks, which led to acute shortages, and also the official advice, for a period of time, not to wear masks, because it was seen by officials as not necessary for those without symptoms.

Regarding tests, Perronne criticizes several decisions that were made, such as testing patients only when in the ICU, the consideration to “possibly test” many in the population in late march, and more importantly the vast shortages of tests in France. The government did not mobilize the various laboratories that were perfectly able to test on a large scale, and dragged its feet instead. Only a few major hospitals, including the IHU-Marseille, and the Garches hospital in the Paris area where Prof. Perronne is head of the infectious diseases service, did implement mass testing with 1000 or more tests per day.

While the country was in a major health crisis, the book criticizes the “wait and see” attitude of the government. The various bodies advising the government proved unable to make timely appropriate recommendations. Considerable time was wasted.

At the same time, medical doctors throughout the country were mostly prevented from prescribing  the Raoult early treatment protocol, which was making the headlines, with numerous testimonies of individuals having promptly recovered from the disease after having taken it. The book also analyzes the conflicts of interest with the pharmaceutical industry of many of those in charge.

The review concludes that the population heard too many times “don’t worry, we are managing the situation” from those in charge at the governmental level, but in reality they did not manage much. That’s what Professor Perronne calls the “sacred union of incompetence and arrogance.”

Professor Perronne lost a close relative, his brother in law, in this pandemic. Professor Perronne says he would have been saved if he had received early treatment with the Raoult Protocol, something that the French authorities had made mostly illegal in France since late March.