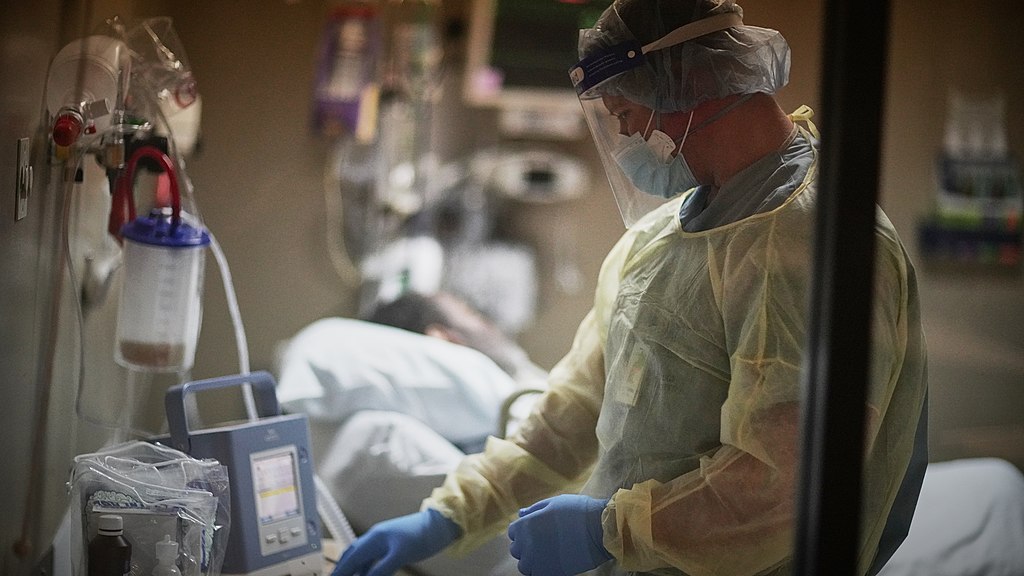 This is the second wave of COVID-19, and pressure is mounting on hospitals. All the media are talking about it.

(this article is written in the context of the Province of Quebec, which counts 8.5 million inhabitants, but is applicable in about any other jurisdiction)

“The situation has worsened in hospitals, however. Authorities reported 778 hospitalizations on Saturday, 24 more than the day before. There were also 102 patients in intensive care, two more than what was reported on Saturday, ” Le Devoir tells us .

The Canadian Press tells us: “Hospitals in certain regions may not be sufficient for the task”… We learn that “the room for maneuver of certain hospitals within the most affected regions could be further weakened. “

“Cases and hospitalizations are on the rise again,” La Presse tells us .

“Regarding the number of hospitalizations, it is 778 now, 24 more than the day before. Of these, the number of people in intensive care increased by 6, to a total of 102. ”

“In an emergency press release on Sunday morning, the CIUSSS de l’Ouest-de-l’Île asked the population to avoid the emergency at the Lakeshore General Hospital, designated to receive positive cases of the COVID-19. The emergency room stretcher occupancy rate is 132%. ”

“While we have been facing the impacts of the second wave of the pandemic for several weeks now, we must do everything to continue to provide quality care to our users. The current situation at Lakeshore is worrying and requires action of last resort. ”

“At the CHU de Québec, we went from twenty beds occupied by patients with coronavirus last week to 65, including nine in intensive care, on Friday,” reports the Journal de Québec .

As for the Journal de Montréal , it tells us that “Saturday’s record toll of contamination cases testifies to the relaxation of Quebecers in the last few days,” citing the Minister of Health.

“We talk a lot about community contamination. That is to say that the virus is everywhere in the population. It’s everywhere in Quebec ”, launches Christian Dubé, specifying that the significant increases in the regions of Montreal, the Capitale-Nationale and Montérégie explain the 2,031 new cases recorded on Saturday.”

It will be understood, there is pressure on the hospital system, just like during the first wave of the epidemic in the spring, and it is up to the population to act, to avoid transmissions.

This is what all the media are telling us in unison.

But are these media telling us everything we need to know? The answer is clearly no, because …

What is important to know can be summed up in one number: 84%.

The number of hospitalizations of COVID-19 patients can quite easily be reduced by 84%.

This is what the study published in the International Journal of Antimicrobial Agents by two German doctors, Dr Roland Derwand and Professor Martin Scholz as well as American doctor Vladimir Zelenko, demonstrates.

The study analyzed data from a New York state medical practice between March 18 and May 14, 2020, during which time Dr. Zelenko and his team provided early treatment for C19 on an outpatient basis, i.e. treatment to take home.

So instead of telling patients with C19 to stay at home, without treatment, which is done systematically in Quebec, Dr. Zelenko and his team prescribed therapeutic treatments during this critical period of the disease.

These are early therapies, to be taken at home, which essentially aim to stem the multiplication of the virus in the respiratory tract.

The principle is therefore to treat the disease as early as possible, from the first symptoms, at home, to avoid as much as possible a worsening of the patient’s condition and the need for hospitalization.

These early therapies were stratified and were prescribed only to people at risk, over the age of 60, or with health problems such as diabetes, or with already acute symptoms of C19, such as breathing difficulties.

The results obtained with early treatment, generally administered around 4 days after the first symptoms, were compared with those obtained without treatment in a neighboring medical practice.

What are the results of the study?

In the group of 141 patients who received early treatment, only 4 (2.8%) were hospitalized. On the other hand, in the neighboring medical practice, 58 patients out of 377 (or 15.4%) had to be hospitalized.

Statistical analysis shows, in certain terms, with a P less than 0.001, a substantial and statistically significant reduction in the need for hospitalization thanks to early treatment.

The authors conclude from this analysis that there is an 84% reduction in the risk of hospitalization by administering early outpatient treatment, taken at home, under medical supervision.

Regarding deaths, there was only one in the group of patients treated by Dr. Zelenko. It was a patient who presented late, already in serious condition, also suffering from cancer, and who received only one day of treatment at home before being hospitalized.

It is a mortality rate of 0.7% that was observed for this group of patients treated by Dr. Zelenko, while 13 patients, or 3.4%, died in the neighboring medical practice.

In terms of the mortality rate, there is also a reduction of the order of 80% in the group who received early outpatient therapy.

The results of this study are exceedingly important. They confirm what makes sense: treating the disease early can slow the replication of the virus, stop the progression of the disease to more serious forms, and reduce the need for hospitalizations and intensive care.

Results similar to those of Dr. Zelenko have been, and still are, obtained in other medical practices in the United States.

Perhaps the most striking example is that of Dr Brian Tyson in California, who has treated with Dr George Fareed at his medical practice in El Centro some 2,000 patients, and who has so far had no deaths to report. He had just a few brief hospitalizations from his patients, not requiring intensive care.

The treatments used by these doctors have evolved over the last few months and depend somewhat on the medical practices in question. They are typically based on a combination of supplements (zinc, vitamin D, vitamin C, quercetin, etc.) and commonly available generic drugs (ivermectin, doxycycline, famotidine, hydroxychloroquine, azithromycin, aspirin, prednisone, etc.).

The practices of these doctors have been analyzed in detail by eminent medical researchers such as Dr Peter McCullough who has published for this purpose, with teams of Italian and American medical researchers, an algorithm for the outpatient treatment of C19 in the prestigious American Journal of Medicine .

For Dr. McCullough, this is the “package of care” (or “compact of care”) – comprising a rapid initial diagnosis, determination of treatment, monitoring of the patient taking their treatment at home, and prescription if necessary, of additional medication or even oxygen – which explains the quality of the results obtained with early treatment, taken at home, without hospitalization.

Today, there is compelling evidence that early treatment of COVID-19 is fully justified, to treat the disease early, at home, to reduce the need for hospitalization and to reduce mortality.

If the current number of hospitalizations for COVID-19 is 778 in Quebec, it could, according to this study, be easily reduced by 80% and only reach about 150 patients.

The logic is the same for retirement homes (CHLSD and others), where we see the majority of deaths attributed to COVID-19.

Early treatment also works for older people and can also reduce the progression of the disease to more severe forms.

In light of this study, the whole therapeutic approach needs to be reviewed for COVID-19.

Today, we are dealing with this pandemic solely as an emergency. In fact, we are creating the emergency by omitting early treatment.

We fail to treat early, at home, when this is the phase of the disease when COVID-19 is most easily treated.

The lack of early treatment in Quebec has resulted in the crisis situation in hospitals, which has considerable negative effects, both for COVID-19 patients and those suffering from other illnesses.

The financial and social costs of this lack of early treatment are also considerable.

Implementing early treatment administration for symptomatic COVID-19 patients is straightforward. It’s just a matter of will on the part of the authorities, who have so far omitted this type of treatment.

It would take a week or two to set up outpatient treatment centers, the time to train doctors and medical staff in the management, outside the hospital, of symptomatic patients with COVID-19.

With early treatment at home, there would be no crisis in Quebec hospitals.

And there probably wouldn’t even be a need to cancel Christmas!

Read also: how to reduce new outbreaks, severe forms of the disease and deaths in retirement homes:

And also watch our webinar, in English, with Drs Derwand, Scholz and Zelenko, on the study cited in the article.