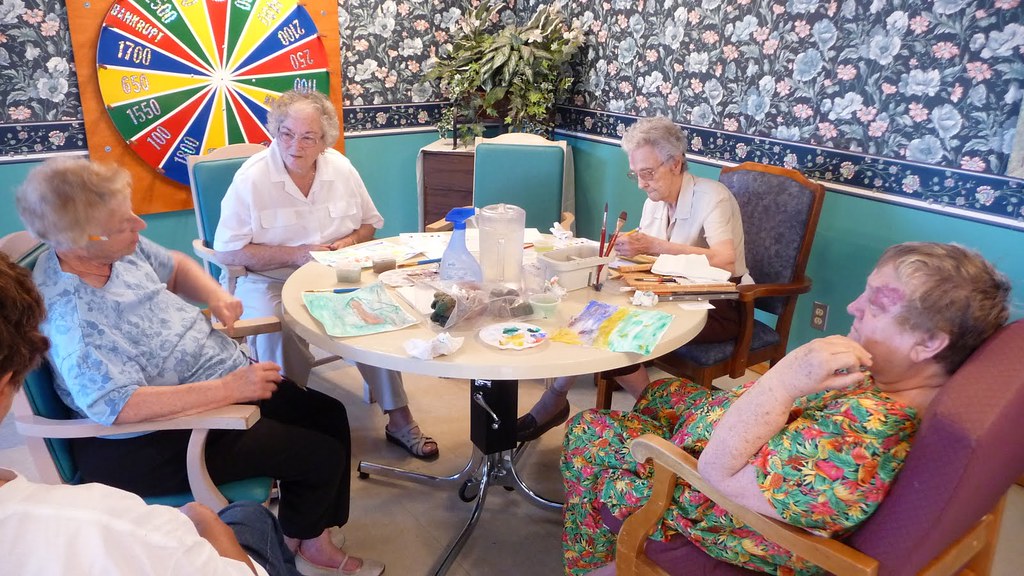 Is it possible to avoid massive casualties in nursing homes, such as revealed recently in the Canadian Province of Québec, where 31 seniors were found dead? The article argues it’s possible, but it requires a completely different approach than what is typically implemented. The solution centres on a pro-active strategy encompassing diagnosis, isolation and treatment. There are already experiences in Brazil and the US showing that it works.

Dr Tam predicted that “these deaths will continue to increase, even as the epidemic growth rate slows down.”

Nursing homes are a bit like cruise ships. They are hotbeds for the spread of COVID-19. Even with lockdown measures, it’s very hard to prevent infection.

Other scenarios involve contracting the virus in a grocery store or another place where social distancing is difficult to adhere to, or by touching surfaces that can be contaminated.

Actually, the staff members are at high risk, as typically working with many seniors. They can too easily contract the virus, and then pass it on to other seniors, even if those are staying in their rooms. Like in cruise ships, there can also be risks with centralized air pulsing system for heating / air conditioning, aeration.

The right strategy would be to isolate those infected as early as possible, by moving them to wards or other suitable locations where the virus is known to be present, and to treat them.

This means implementing a strategy of testing, isolating, treating. That’s the way to reduce mortality in nursing homes, and it’s consistent with experts such as Professor Didier Raoult recommend.

But for that, one must test early, one must isolate those infected, and one must treat early. In practice, in Canada and in too many other countries, early testing of seniors is barely take place, early isolation is not occurring either and only at a late stage are seniors sent to hospital, when possible.

And last but not least, Canada, is stubborn in refusing to use the medication that is now increasingly embraced globally, i.e. hydroxychloroquine, possibly in combination with azithromycin or zinc.

Only the small Canadian of New Brunswick has broken ranks so far and is treating its patients, thanks to a provincial wide treatment program centring on hydroxychloroquine and an associated research program.

If you are not yet familiar with hydroxychloroquine-based treatment for COVID-19, check the groundbreaking study on 1061 patients by Professor Didier Raoult and his team, showing the effectiveness of the treatment.

The number of avoidable deaths is hard to estimate but must be considerable. It’s like there is not even a real willingness to save all these seniors, who are particularly vulnerable because of chronic diseases, in addition to their age.

Canada is extremely late in dealing with this, and the misplaced preference of the prime minister for vaccination, that will take considerable time to become available, seems particularly lethal in that context.

There are reports from several provinces where the staff is not continuing to deliver care once the outbreak hits the retirement home. This trend is most likely to amplify in the upcoming weeks.

The most horrific case was recently revealed in the Province of Québec, where 31 seniors  in a nursing home in Dorval, near the Trudeau International Airport, were found dead, after most staff having ceased to provide care.

And this not at all an isolated case. Already on April 1, more than 400 nursing homes in the Province of Québec had confirmed cases of COVID-19.

There are solutions, and they revolve around hydroxychloroquine-based treatment. They are starting to be implemented in countries such as Brazil and the US.

Let’s first have a look at the case of Prevent Senior, a chain of nursing homes in Brazil.

Prevent Senior has tested an early treatment approach on 500 seniors suffering from COVID-19. The medical doctor and executive director of Prevent Senior, Pedro Batista Júnior, was interviewed by the EXAME magazine. Here is an excerpt, translated from Portuguese.

“We draw a timeline of the disease, from one to ten days, from the onset of symptoms. From the first to the third day, the person has typical flu symptoms. From the third to the fifth day, he has associated fever. On the fourth and fifth days, this condition progresses to dyspnea (difficulty breathing). This is the evolution within a classic gravity pattern.”

“In our understanding, the most appropriate action of the medication begins to be apparent after 48 hours of using the medication. So I need two days to show an adequate response with effect in controlling the reproduction of the virus. If I start late treatment, this patient already has almost ten days of illness. In the most fragile patients, with ten days, unfortunately they evolve with a very severe pattern, requiring hospitalization and ICU.”

What are the preliminary results? They have not yet been published, but “the company says that so far, 500 patients have received treatment at an early stage of the disease. Of these, 300 were hospitalized and have already been discharged.”

See the article in Portuguese.

There is another example, out of Texas, where a similar approach was taken.

The medical doctor for “The Resort” nursing home at Texas City, Dr Robin Armstrong, was interviewed by NPR.

“It’s actually going well. People are getting better,” Armstrong told NPR, adding that after just a handful of days, some of the 39 patients on the medication are showing signs of improvement.

In total, 87 people at The Resort tested positive — 56 of 135 residents as well as 31 staffers. One patient has since died.

“We know how it happened,” Armstrong said, explaining that after one staffer tested positive for COVID-19, Galveston County officials tested all other people at the facility on April 2. What they uncovered was one of the largest outbreaks in the Houston region.

“One staffer spread it to other staffers … and each of them could work with 20 to 30 patients a day,” Armstrong said.

Armstrong said he was alarmed by the test results last week and immediately began making calls to track down a source for the medicine,

Note that the NPR article reports on this, provides facts, yet is unfortunately taking an excessive critical tone, consistent with lots of the reporting going on regarding hydroxychloroquine in the US.

The story also explains how Dr Armstrong was able to secure supplies of hydroxychloroquine, which remains an issue in the US, despite massive stockpiling already having been implemented by the federal government.

These are still “anecdotal” examples of the use of hydroxychloroquine, but clearly, the drug works and is having positive effects, including with seniors.

In fact, it’s not only for COVID-19 treatment that hydroxychloroquine is now being used in the US. There are many informal reports of it being used a prophylactic medication, a bit like it’s used for malaria prevention. It’s then taken at lower doses than with a short term cure. But like with malaria prevention, it can safely be taken for months, or years.

There are various ongoing studies about the prophylactic efficacy of hydroxychloroquine. But the information out of China, that lupus patients, who take the medicine on a year long basis, are not developing COVID-19, is a clear indicator that it works.

Many front line health workers in the US, who like everywhere are at high risk, are not waiting for the research and are taking the medication.

There is no time to waste. Seniors and staff alike should be protected from COVID-19, through the rapid implementation of both treatment and prevention therapies based on hydroxychloroquine.

It’s the opinion of the author that countless lives could be saved if action is taken right now. This would avoid a multiplication of horrific cases like the recent one in the Province of Québec.

An hydroxychloroquine-based treatment strategy would also avoid a complete disintegration of the health and nursing home systems, by lack of personnel, who are rightfully afraid of contracting the disease at work.