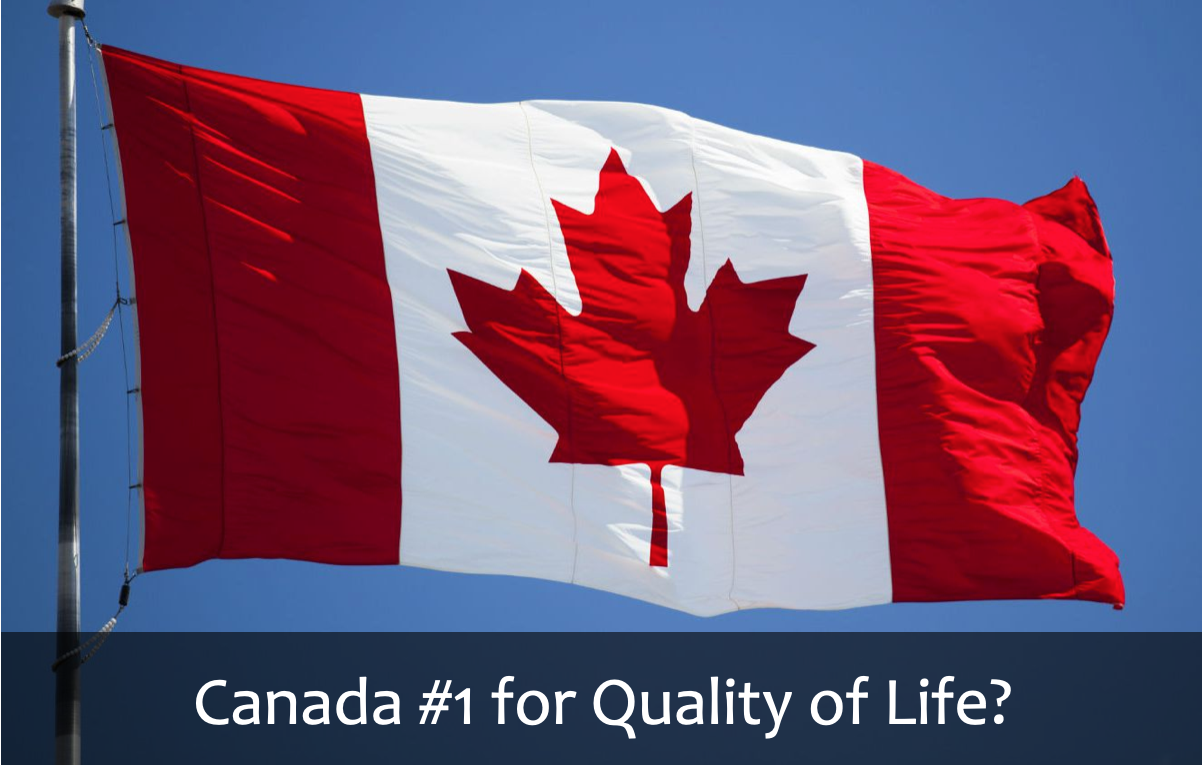 Here is my straightforward advice to Justin Trudeau. Override the inept bureaucracy and just do like Switzerland, Senegal and other countries that got it right.  Make the required drugs widely available and allow medical doctors to prescribe hydroxychloroquine-based treatments. Stop the fear mongering too. And do all of this NOW.

Canada is one of the last countries in the world to deny, or at least to strongly discourage, the use of hydroxychloroquine for COVID-19.

Why would Canada need such large amounts of hydroxychloroquine while it has claimed for the past months, loud and clear, that the drug has serious side-effects and may even be fatal?

The department in charge of public health – “Health Canada” – is indeed clear in its repeated positions and alerts regarding hydroxychloroquine.

“Chloroquine and hydroxychloroquine may cause serious side effects, including serious heart rhythm problems. The risk of these side effects may increase at higher doses, or if the drugs are used in combination with other drugs, such as the antibiotic azithromycin.”

These drugs “are known to potentially cause liver or kidney problems, low blood sugar (hypoglycemia) and nervous system problems such as dizziness, fainting, or seizures.”

“The effects on heart rhythm, which in the most serious cases, may be fatal.”

“Children are especially sensitive to these drugs, and even small doses taken by children can be dangerous.”

If you want an hydroxychloroquine-based treatment in Canada, the federal government’s position is that “the best way to access experimental therapies is through clinical trials.”

As we reported several weeks ago, most research protocols, in Canada and elsewhere, conducted under the WHO “SOLIDARITY” umbrella, which is by the way falling apart as its DISCOVERY branch is in a turmoil, test hydroxychloroquine with sub-optimal treatment formulations.

And if you participate, you are likely to end up being treated with placebo – i.e. glorified sugar – instead of receiving a proven treatment such as the hydroxychloroquine / azithromycin treatment developed at IHU Marseille and now used by numerous medical doctors all over the world.

The fear mongering tactics of the Canadian federal government regarding hydroxychloroquine don’t match with the reality of the research, especially the research carried out in Marseille by Professor Didier Raoult, who is ranked #1 expert in the world in infectious diseases, according to ExpertScape.

The research by Professor Didier Raoult and his team, on some 1061 patients, showed that, when administered correctly, the treatment does not pose cardiac issues. And it’s also pretty much life saving: there was 0.47% fatality rate among those treated, and all the fatalities were aged between 75 and 91.

Watch this short video where hydroxychloroquine is contrasted with remdesivir, the drug now touted by White House medical advisor Dr Fauci, even if the drug was proven to be ineffective in a randomized controlled trial peer reviewed research published in The Lancet the same day as the White House announcement.

As of the time of writing this article, 3,233 COVID-19 patients have been treated at the IHU Marseille, and there has been 16 death – the youngest one being 65, according to the latest interview of Professor Raoult. This is a case fatality rate of 0.5%, which is consistent with what occured in his 1061 patients study.

In Canada, as of today, there have been 61,165 cases, mostly located in the provinces of Québec and Ontario, and there have been 3984 deaths. The average case fatality rate is 6.51%.

With the right therapeutic approach, the death toll so far in Canada could very likely have been less than 1,000 deaths, maybe even less than 500 deaths – as compared to the 3,984 deaths reported in the latest available stats.

Despite denying effective treatment to the population, the Canadian government is adamant in engaging in big time public relations. The latest example is the May 4 media release “Canada and international partners launch the Coronavirus Global Response.”

“Canadian and international researchers are racing to develop diagnostics, treatments, and vaccines that will save lives, protect the health and safety of people everywhere, and lay the groundwork for a sustainable worldwide economic recovery.”

The media release by the government may look good. But reality is that it’s just a sad and costly exercise in public relations. Because there is already a treatment for COVID-19, and it’s tragically being denied to the population.

With the waning pandemic, all these pseudo-efforts by Canada will have about zero effect, as they will come too late.

There are indeed clear signs of the pandemic already waning in a number of countries, such as Italy, Spain and France. See an updated bell-shape graph for France, as commented today by Professor Didier Raoult, who predicts an end to the pandemic within a relatively short time frame.

Canada is clearly not ahead on this. Canada is a laggard. But yes, the pandemic will likely be over in a not too distant future.

Professor Raoult has expressed lots of doubts about the likelihood of any significant second wave. He also expressed doubts about both the feasibility and the absolute need for a vaccine, which is a central part of the questionable Canadian governmental response to COVID-19.

It’s not only at the federal level that such questionable positions are being asserted. In the Province of Quebec, where the pandemic is the most acute, the governmental institute INESSS recommends against hydroxychloroquine, except at a very late stage of the sickness, when it is known to be of very little effectiveness.

When that ill-conceived position was developed, it was already known that such treatment must be administered early, but that was simply disregarded.

Also worth noting is that, even without hydroxychloroquine, provided conventional treatment is pretty questionable in the province of Québec. Former NHL player Georges Laraque explained a few days ago how a COVID-19 test was denied to him for 4 days, how he was misdiagnosed with pneumonia, and how he was returned home even if he was then contagious, as proven infected by a test that was reluctantly done after he repeatedly insisted.

Laraque also advises not to bring children back to school next week – a measure decided by the provincial government, despite the fact that the province is the worst hit in the country and the numbers don’t show any reduction in daily new infections.

Hydroxychloroquine is well known by medical doctors in Canada. It’s so well known that as already in March, hoarding by doctors was so substantial that medical associations had to intervene to introduce fines against those stockpiling.

Yes Canadian medical doctors stockpiled, for their private use, the drug that their associations, along with the federal government, decided to deny to the populace.

Denying treatment to Canadians is particularly harmful to the elderly, who are especially vulnerable and who constitute a substantial share of the deaths.

Hydroxychloroquine-based treatments can however be administered to old people too, including in nursing homes. There are even centenarians whose lives have very likely been saved thanks to the treatment.

It’s very likely that horrific episodes, such as the one at the Herron elderly residence in Quebec, where at least 33 people have died, would have been avoided with early hydroxychloroquine-based treatment.

At the Eatonville Care Centre, the total number of COVID-19 associated deaths is 39, while the number of confirmed positive COVID-19 cases stands at 144 residents, and 101 staff!

Yes, health care workers, who are on the frontline, are among the first victims of the ill-conceived Canadian approach of denying hydroxychloroquine-based treatment.

Now why all this hydroxychloroquine arriving at Pearson airport?

What could Canada do with those millions of doses of hydroxychloroquine that the government considers to be dangerous and potentially fatal?

Would this infamous drug be for the US market, to solidify the already strong friendship of Mr Trudeau for Mr Trump?

Or would it be just to stockpile for the lupus and arthritis patients, and for those ongoing yet mostly outdated clinical trials, that administer placebos to innocent volunteers patients, who are brought to “consent” that there is no effective treatment for COVID-19?

Note here that Canada, like many other countries involved in clinical trials for COVID-19, is likely contravening to the Helsinki ethical principles for clinical trials.

Other countries are dealing with hydroxychloroquine very differently, and much more intelligently than Canada.  Here are a few examples:

Switzerland: hydroxychloroquine is available for all patients under prescription from a medical doctor. Moreover, the drug is made available free of charge.

Italy: hydroxychloroquine is used widely, both for inpatients and for outpatients.

Spain: similarly to Italy, the country already concluded long ago it was key to treat early

USA: widespread use, even if controversial, because Trump promoted the drug initially, and the White House medical advisor, Dr Fauci, now pushes an alternative drug, remdesivir, even if it has already been proven ineffective.

Costa Rica: widespread use, as the drug has been recognized early as successful in mitigating and containing the progression of the virus

Brazil: after studies demonstrating the effectiveness of early treatment, relying on Hydroxychloroquine, azithromycin and zinc, and after a change of minister of health, the drug is now increasingly used to fight the pandemic

China: even prior to the groundbreaking research at IHU Marseille, hydroxychloroquine was known to help for COVID-19 treatment; as Professor Raoult stated as early as February 25.

Morocco:  on March 23, the Moroccan health ministry gave hospitals and regional health directors the green light to start using hydroxychloroquine. There has been 180 deaths so far, with a population size of 36 millions inhabitants, which is similar to Canada.

Senegal: as highlighted in the above video contrasting hydroxychloroquine with remdesivir, Senegal has been a pioneer with the treatment of COVID-19 with hydroxychloroquine. There has been 11 deaths so far, for 1,329 cases and a population of 15 million inhabitants.

Could Canada be right, and all these countries be wrong? Of course not.

For years, Canada has found pride in presenting itself as the number one country in the world for quality of life. It’s also seen as a desirable retirement place.

But who will want to migrate to Canada, who will want to retire in Canada, once it will be understood how the country denied life-saving treatment, especially to the elderly, when it was most needed during this pandemic?

Here is my straightforward advice to Justin Trudeau:

Override the inept bureaucracy and just do like Switzerland, Senegal and other countries that got it right.

Stop the fear mongering too. And do all of this NOW.

And by the way, dear Prime Minister, if you do just that, Air Canada, that just announced a 1 billion loss for a single quarter, and actually the whole economy, will be out of the red much faster than you can even imagine.

The author, Jean-Pierre Kiekens, is an independent analyst and former lecturer at the Free University of Brussels. He graduated from the universities of Brussels and Oxford. He maintains the covexit.com blog, but also contributes from time to time to reviews such as Policy Options.

You may also want to read the success story of New-Brunswick in handling the pandemic.