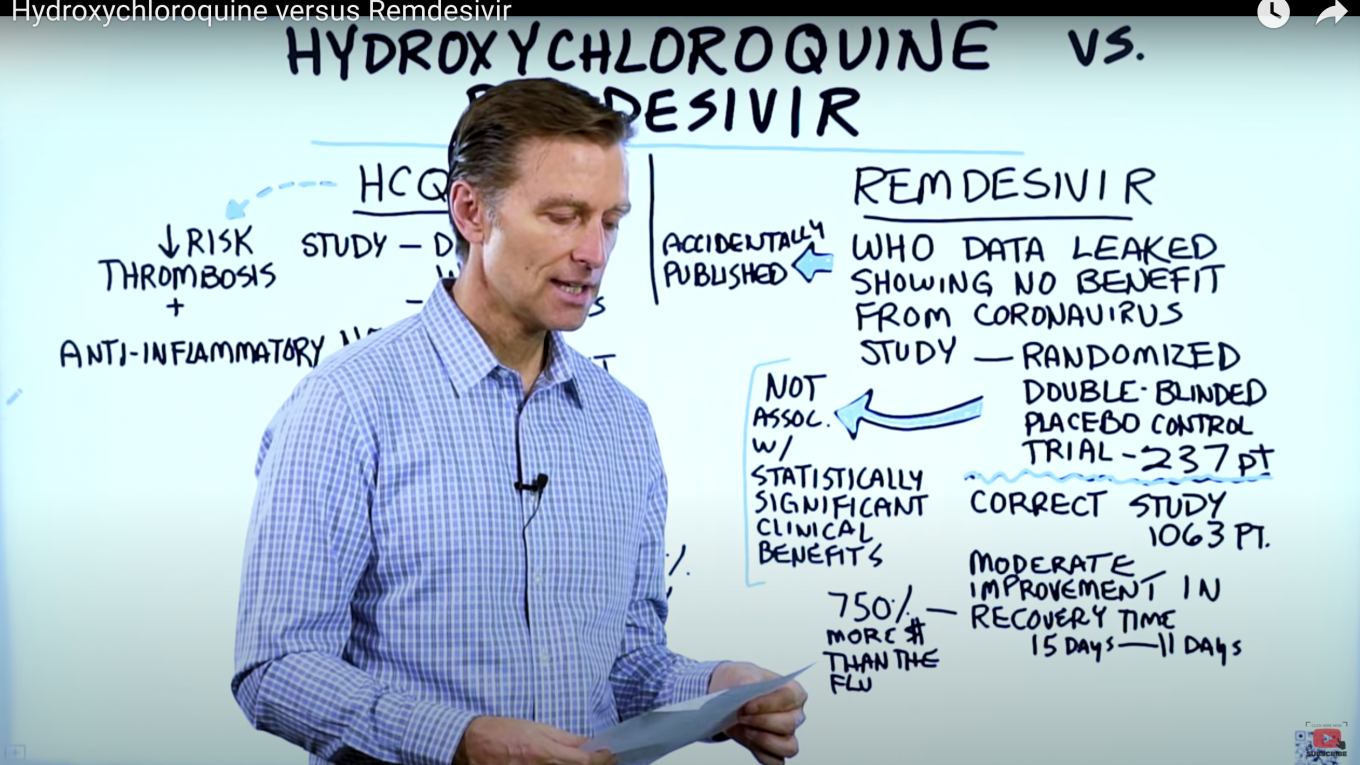 The video is dated May 3, and comments on the ongoing research announced by Dr Fauci on April 29 and the other research published on the same day in The Lancet, something we covered in some detail in this article.

Dr Berg notes that the media completely ignored the hydroxychloroquine.

“In fact, the media tends to filter things out, and show the studies that don’t work, or make things worse.”

He refers to the study by French virologist Didier Raoult, that shows that 91.7% of all the patients that were tested for COVID-19 did not test positive for the virus after 10 days.

“This is incredible. This should be on the front page of the news.”

“The mortality rate was 0.5%, with no cardiac toxicity.”

“Obviously, the drugs that are really cheap don’t get a lot of attention.”

He ten presents a video clip from Aljazeera about how Senegal developed a 1$ COVID-19 testing kit at the Pasteur Institute, based on a previous test for dengue fever, with plans to produce millions of kits for African nations.

Aljazeera journalist Nicolas Haque comments on the very low death rate so far in Senegal, one of the lowest in the world.

Haque comments that Senegal, while having a very small health budget, has a wealth of experience in dealing with infectious diseases.