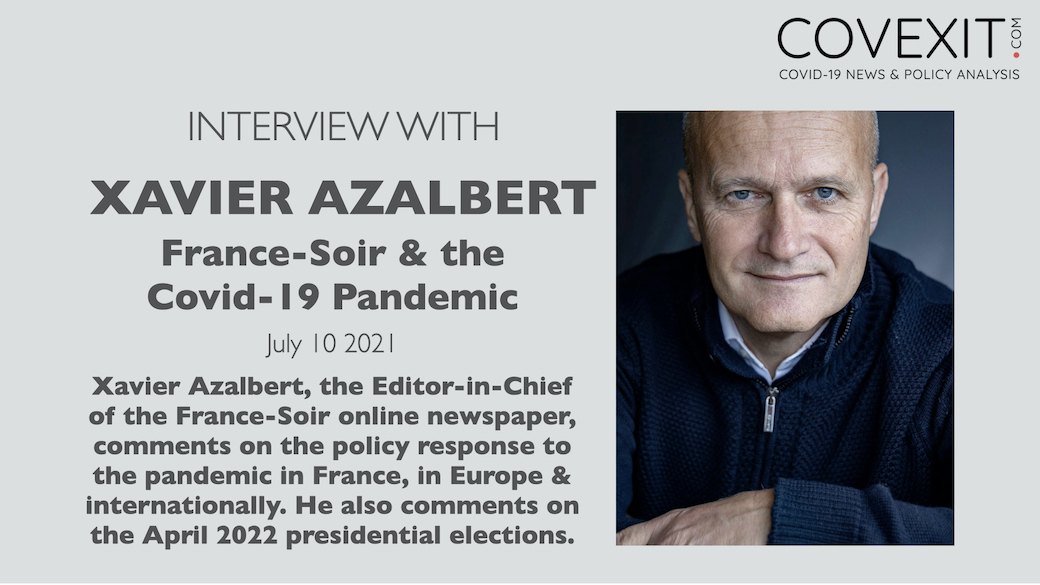 France Soir was founded by members of the French resistance in 1941, under the name Défense de la France, and changed name in 1944. It was a leading newspaper for decades. It then subsided, with declining readership, until its closure in 2011.

After a brief episode with a different owner, Xavier Azalbert decided to buy France Soir in 2016 and launch it as an online paper.

Our interview with Xavier Azalbert is about the COVID-19 pandemic as covered by France-Soir over the past 18 months or so.