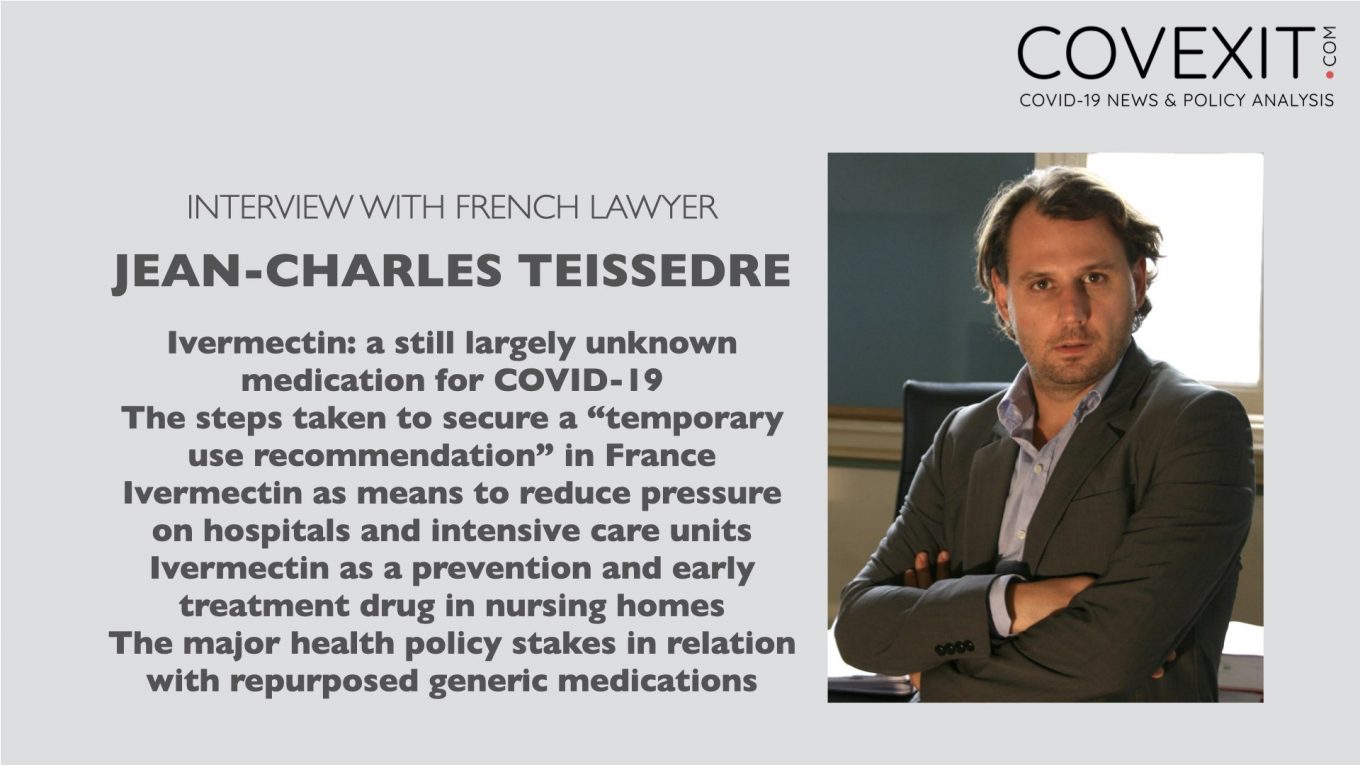 Jean-Charles Teissedre, criminal lawyer in Montpellier, recently presented a request to get the French authorities to approve a “Temporary Use Recommendation” for ivermectin, to allow general practitioners in France to treat COVID-19 with this medication.

In this interview, he shares with us his perspectives on treatments, the potential of ivermectin, and more generally the role that prophylaxis and early treatment could play in the therapeutic response to the pandemic.

He also comments on major public health issues associated with the role of repurposed generic drugs.

The interview is in French and you can a) activate the subtitles, and b) activate their automatic translation.

It seems that the automatic translation is unfortunately approximative, with for example google translate unable to translate into English … hydroxychloroquine (exactly same word). Google translate correctly translated ivermectine into Ivermectin, but for how long ? … 🙂

Important to note is that the autorisation sought by Mr Teissedre is called a Temporary Use Recommendation, which is a pretty low bar authorization to secure. He contrasts it with remdesivir, which received form the authoritities, a more difficult to get authorization – a Temporary Use Authorization – despite the non-effectiveness and toxicity of the drug, that the World Health Organization now recommends against.

The interview is not about google of course, but you may want to check this recent article, to understand the context of the above cynical comments.