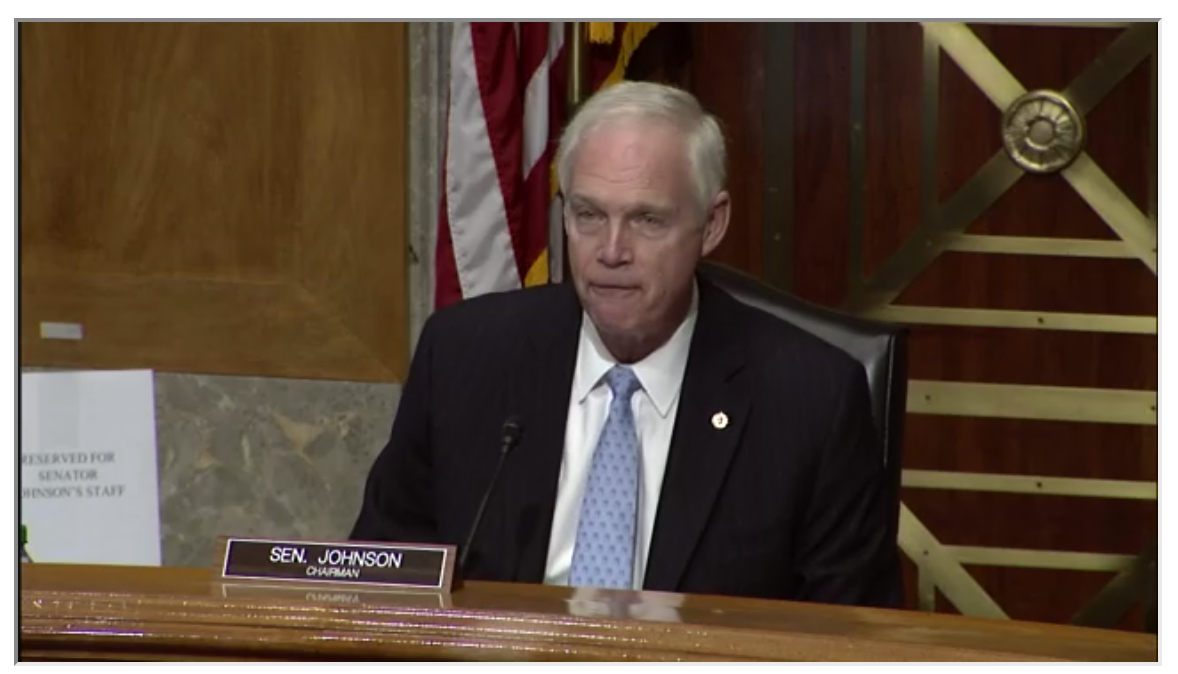 The senate hearing took place today and was nothing usual, to say the least. It started with short introductory remarks by the 4 witnesses.

(see below for a video summary of the hearing as well as the introductory remarks by the chair, ranking member and 4 witnesses)

By the time the witness invited by the democrats, Harvard Professor Ashish K. Jha, forcefully claimed that there was no proof whatsoever that early treatment was of any usefulness for curing COVID-19, the stakes of the debate were set.

There was considerable push back to his bold claim, mimicking that of Dr Anthony Fauci, by Yale Professor Harvey Risch, Harvard graduate Dr George Fareed, and Baylor’s Vice Chair of Medicine Dr Peter McCullough, 3 witnesses designated by the republicans.

Jha had a clear ally at the hearing, ranking member Gary C. Peters, who repeated ad nauseam the words disinformation, misinformation and unproven, obviously alluding to the therapies defended by Risch, Fareed and McCullough. Peters did not even ask them a single question, preferring to go through an apparently scripted dialogue with Jha.

Ultimately, Jha admitted he had not treated a single COVID patient of his career, yet continued to solely push for vaccines, randomized controlled trials, masks and social distancing.

Jha even alluded to some hydroxychloroquine-related conspiracy, before retracting his allegation. He never conceded there could be an inch of truth in what Risch, Fareed and McCullough forcefully explained, regarding the importance to treat this disease as early as possible, to the senators, through their introductory remarks and questions.

Jha did not even answer a question about vitamins – maybe afraid that would mean he would have to recognize that some form of prophylaxis is useful for fighting the disease, even if there is ample scientific evidence about Vitamin D for example.

The end of the hearing became pretty “hot” with mentions of the fake Lancet research by Mehra et al, as well as the widespread censorship about early outpatient therapies, among other extremely controversial facets of the repression, apparently condoned by the democrats, of early therapies for COVID-19.

Senator Johnson, who convened the hearing and was chairing it, intervened all along. He insisted that doctors must have the right to treat their patients – something that has been largely repressed in the context of this pandemic. He said that even him was unable to access the necessary drugs for early treatment when he got COVID-19.

Watch the full recording of the hearing HERE.

Here is a video summary.

Here are highlights of the testimonies and Q&As.