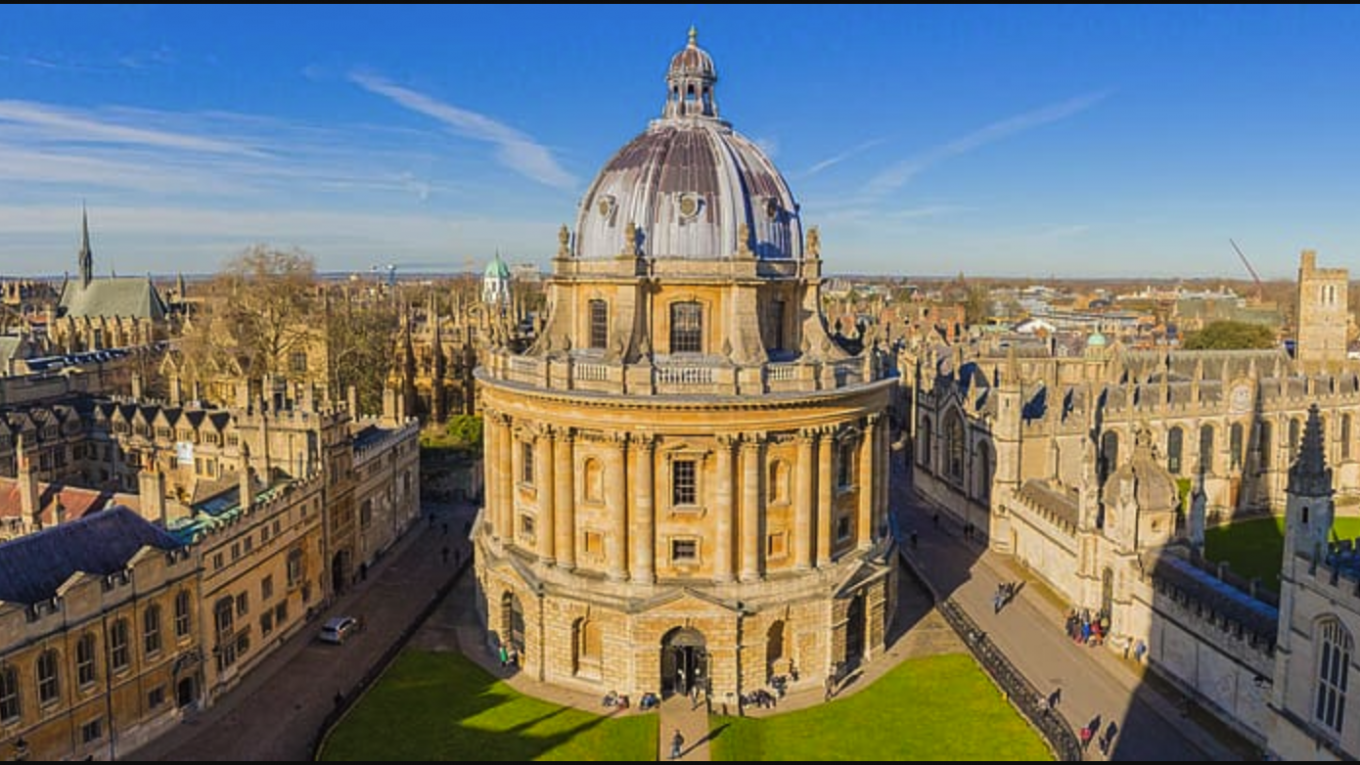 Since mid-March, early treatments were known to have great potential as a cure for COVID-19. Dr Zelenko was already treating his patients in NY State with his tri therapy combining HCQ with Azithromycin and Zinc. The first study by Professor Raoult’s team, showing a dramatic reduction in the viral load for patients treated early with HCQ and Azithromycin was published on March 20.

In a March 28 detailed article, communicated to those in charge of the Oxford trial, I expressed serious concerns about the RECOVERY trial protocol. I stressed that their trial was not treating people early, as only offered in an hospital setting; and that it was not offering hydroxychloroquine in association with azithromycin or zinc. Moreover, a very large number of patients was planned for that study, meaning a very large number of “placebo” patients who would not benefit from any treatment.

On June 5, preliminary results of the recovery clinical trials were published and revealed a very high mortality rate among hospitalized patients, at about 25%. We learned then that there were 1132 deaths after 28 days out of 4674 patients in the trial.

The revised figures, in the just released report “Effect of Hydroxychloroquine in Hospitalized Patients 4 with COVID-19: Preliminary results from a 5 multi-centre, randomized, controlled trial,” indicate 1206 deaths after 28 days out of 4716 patients, i.e. a 25.5% death rate among the patients covered in the study. Actual mortality may be even slightly higher because of the 28 days counting.

There has been much controversy about the dosage of hydroxychloroquine given to patients in the context of this study, which was about 4 times the normal dose on the first day – a dosage considered toxic by a number of observers. In their paper, the authors assert “We did not observe excess mortality in the first 2 days of treatment with hydroxychloroquine, the time when early effects of dose-dependent toxicity might be expected,” but don’t provide any details about how the massive dosage was tolerated, what kind of side-effects were observed, and when.

The Oxford Research Failed to Offer Early Treatment to Patients

Information in the newly released report does not provide detailed data, yet the little that has been published largely discredits the whole effort. Let’s put things into context.

In my June 14 article in France Soir, titled “The UK Therapeutic Approach to COVID-19 is Flawed, Yet It Can Still be Rectified,” I referred to an email by an Irish gentleman, Mr Nugent, who asked Prof. Horby why the dosage was so high and why the treatment was given so late.  In his answer, Prof. Horby not only defended the high dosage but also asserted “we did not give it late.”

The newly released information about this clinical trial reinforces the observation that the treatments were NOT given early. In fact, they were given late, sometimes very late, like it has already been done in a series of previous studies, such as the one by Magagnoli et al, – the veteran VA study – that have been wrongly hailed as proof that hydroxychloroquine does not work.

What do we learn from the just published report? In Table 1, presenting the baseline characteristics, we find that:

What do the authors conclude?  “In patients hospitalized with COVID-19, hydroxychloroquine was not associated with reductions in 28-day mortality but was associated with an increased length of hospital stay and increased risk of progressing to invasive mechanical ventilation or death. “

With the high political profile of this study in the UK, the very high case fatality rates and the various flaws and hidden information that have been uncovered by France Soir and others, it’s likely that the released information does not tell the whole story. We may know more in the coming weeks as there is word of access to information demands having been made.

Note that the higher mortality in the treatment group, for the three age groups, requires further (independent) investigation, as it may be related with the high initial hydroxychloroquine dosage, even if the authors claim that there was no excess mortality in the days following treatment.

The Oxford study was clearly carried out on a total misconception of what early hydroxychloroquine-based treatment is. Over 1200 people died in this clinical trial, and many could probably have been saved if proper care, relying on the best available therapeutic knowledge, had been provided.

What I explained at lengths in my June 14 article, is that the whole UK approach to COVID-19, focused on “protecting the NHS,” was flawed from the beginning, and it was left unchanged, despite the very high fatalities observed in the UK. It looks like Prime Minister Boris Johnson remains very badly advised and that these high case fatality rates will continue to occur in the UK.

The UK may have pushed to the maximum this approach of staying home and not seeking treatment, but is not alone. Many rich countries, with advanced medical facilities and in theory the best infrastructure to face the pandemic, adopted the same flawed approach, with resulting high case fatality rates.

Many of them, like the UK, also prevented, and continue to prevent, medical doctors from prescribing early treatment therapies.  This made it a perfect policy cocktail to deliver high case fatality rates. Here are examples of such high case fatality rates, as of today: 15.4% in the UK, 17.3% in France, 15.5% in Belgium, 11.9% in the Netherlands, 8.0% in Canada and 7.3% in Sweden.

Contrast this with early treatment in Brazil. What the authorities and the medical profession now ask the population is to consult a medical doctor at the first symptoms. After diagnosis, at the doctor’s office or through telemedicine, patients are immediately given a treatment typically composed of hydroxychloroquine, azithromycin and zinc. The medicines are being provided on the spot by the medical doctor, and the treatment is typically taken on an outpatient basis.

Brazil is in the middle of a fierce battle agains the pandemic, but there are many indications that this approach, now embraced by thousands of medical doctors in the country, works, and that case fatality rates are sharply reduced.

To learn more about what’s going on in Brazil, watch my interview with Dr Altino de Almeida.

Lessons Learned: How NOT to Treat Patients, How NOT to Conduct a Clinical Trial

Did the Oxford research provide any new useful information? No. Nada. They just did a large scale observation of poor medical treatment of patients, that led to some 1200 deaths, with hospital level mortality rates exceeding 25%.

These patients signed consents to participate in this massive study, believing that they would receive the best treatment available and contribute to the advance of science.

In actual facts, the research did not contribute anything, except maybe for learning how NOT to conduct a clinical trial, and how not to treat COVID-19 patients.

The volunteer patients obviously did not receive the best available treatment. A quarter of them paid with their lives.

Unfortunately, the Oxford team does not seem to learn from its mistakes. Now that it ended its hydroxychloroquine research, it decided to offer its patients remdesivir, not even within a clinical trial. This is the drug that a study, published in The Lancet on April 29 and very much known by the Oxford team as Professor Horby is a co-author, shows that it does not reduce mortality.

Latest news about that drug came with a study published on June 30 about the first 5 patients treated with it in France. The study states that “Remdesivir was interrupted for side effects among four patients, including 2 ALT elevations (3 to 5N) and 2 renal failures requiring renal replacement.”

There is no information on the https://www.recoverytrial.net/ website about the status of that treatment, yet it appears it is still being provided to patients, despite this information about toxicity.

It’s important to note that, even when it’s too late for hydroxychloroquine-based early treatments to be effective, there are other treatment protocols that deliver much better outcomes than what is offered in the UK, for example the MATH+ protocol developed by the East Virginia Medical Group.

See our interview with Professor Varon about the prophylaxis, early treatment and the MATH+ Protocol.

Could High Mortality Have Been Avoided in this Oxford-Led Clinical Trial?

Could this high mortality been avoided in this Oxford-led clinical trial? Very probably. They were informed back in late March they may be on the wrong track, yet they persisted with their flawed approach relying on hydroxychloroquine alone and failing to treat early.

As it’s a trial with numerous patients, their numbers were very probably showing ineffectiveness already in mid or late April, yet they continued with the same flawed therapeutic formula until June 5.

There are many questions that arise from this macabre episode. Did the Oxford scientists act in the best interest of the patients? What would have occurred if they had immediately associated hydroxychloroquine with azithromycin and zinc? What would have happened if the patients had been treated as early as possible?

In my opinion, it’s pretty reasonable to suggest that there could have been much less mortality, that many of those who died would still be alive today.

Dr Zelenko’s study, that covers 141 treated patients, shows that early treatment reduced by 84% the odds of hospitalization. He had 0.7% mortality rate in the treatment group of his study. Prof. Raoult and his team at IHU Marseille had an overall 1.1% mortality rate among 3737 patients.

Oxford University will go down in history as having conducted a flawed clinical trial which tragically ended with over 1200 deaths and a stunning 25% hospital mortality rate.

The author Jean-Pierre Kiekens is an independent policy analyst. He is a former lecturer at the University of Brussels and a graduate of the universities of Oxford and Brussels.