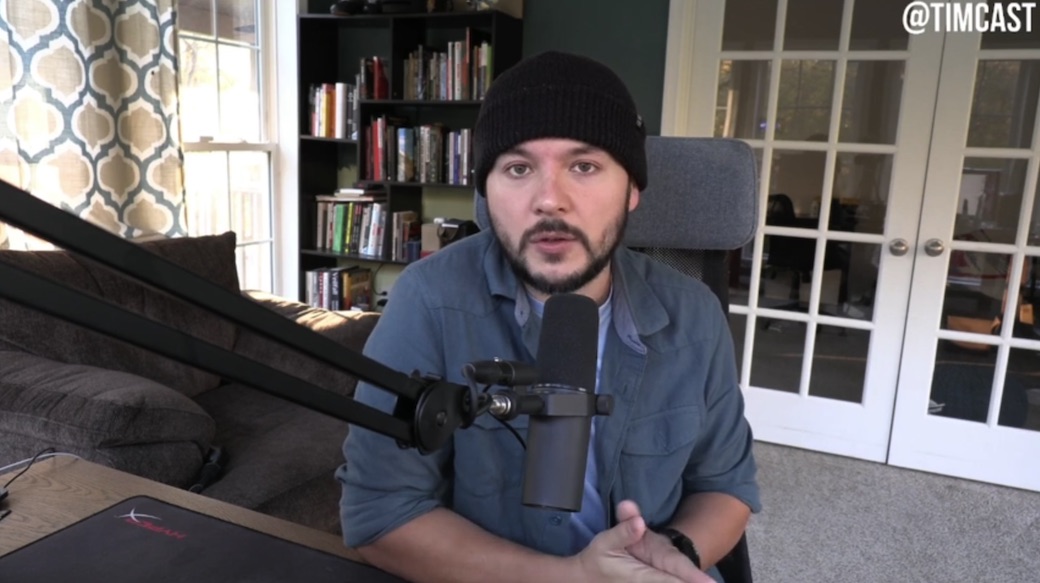 Prominent podcaster Tim Pool, who has 1.27 million followers just on Youtube, explained his short ordeal with COVID-19 in a video yesterday and the role played by Joe Rogan in advising him seeking appropriate medical advice to secure early treatment for the disease.

Rogan, who is the world’s most popular podcaster, got COVID-19 in late August and made a short Instagram video, now viewed 6.7 million times, where he explains he got COVID-19 and threw the “Kitchen Sink” at it: mono-clonal antibodies, ivermectin, z-pack, prednisone, NAD drip, vitamin drip 3 days in a row.

Rogan’s treatment, which goes against the official American / NIH guidelines to essentially not treat the disease prior to hospitalization, got him in a media firestorm, dominated by the alleged inappropriate use of Ivermectin for humans.

As it has already been demonstrated, it was the FDA itself which had orchestrated a misleading campaign against Ivermectin, claiming it was a horse dewormer inappropriate for human use (despite the drug having been prescribed billions of times for humans, for example for fighting parasitic infections in Africa).

See FOIA obtained email showing how the FDA was involved in disinformation about Ivermectin.

Source: this must read article, which exposes the true colors of FDA’s senior employees: https://rescue.substack.com/p/horse-bleep-how-4-calls-on-animal

The continued allegations by CNN prominent commentators that Rogan took a horse drug, despite the fact that he took a human version, has kept the controversy alive for 2 full months!

Tim Pool’s experience with COVID-19 is really interesting to watch, as it shows many facets of the early treatment issue, made extremely controversial by the continued suppression of this therapeutic approach for nearly two years, especially by the US leading agencies that have mostly adopted a vaccination only strategy.

Here are aspects you will see covered in the video below:

Update: not mentioned by Tim Poole, but stressed by Aaaron Rodgers, who even cites a recent study from Israel (see tweet below): the robust post-covid natural immunity, superior to vaccine-induced immunity, brought to those having recovered from the disease. This means that there is no reason to subject those having recovered from covid to any particular testing protocol such as the NFL one, or to any form of vaccination mandate, as immunity is already acquired from the prior disease – something that is however NOT recognized by the US health authorities.

Just a short comment here: the author of this blog has contacted Tim Pool on several occasions to inform him about the importance of early treatment (now popularly known as “kitchen sink” protocol). If he had responded, the important message to treat COVID-19 early would have gotten out to his audience over a year ago!