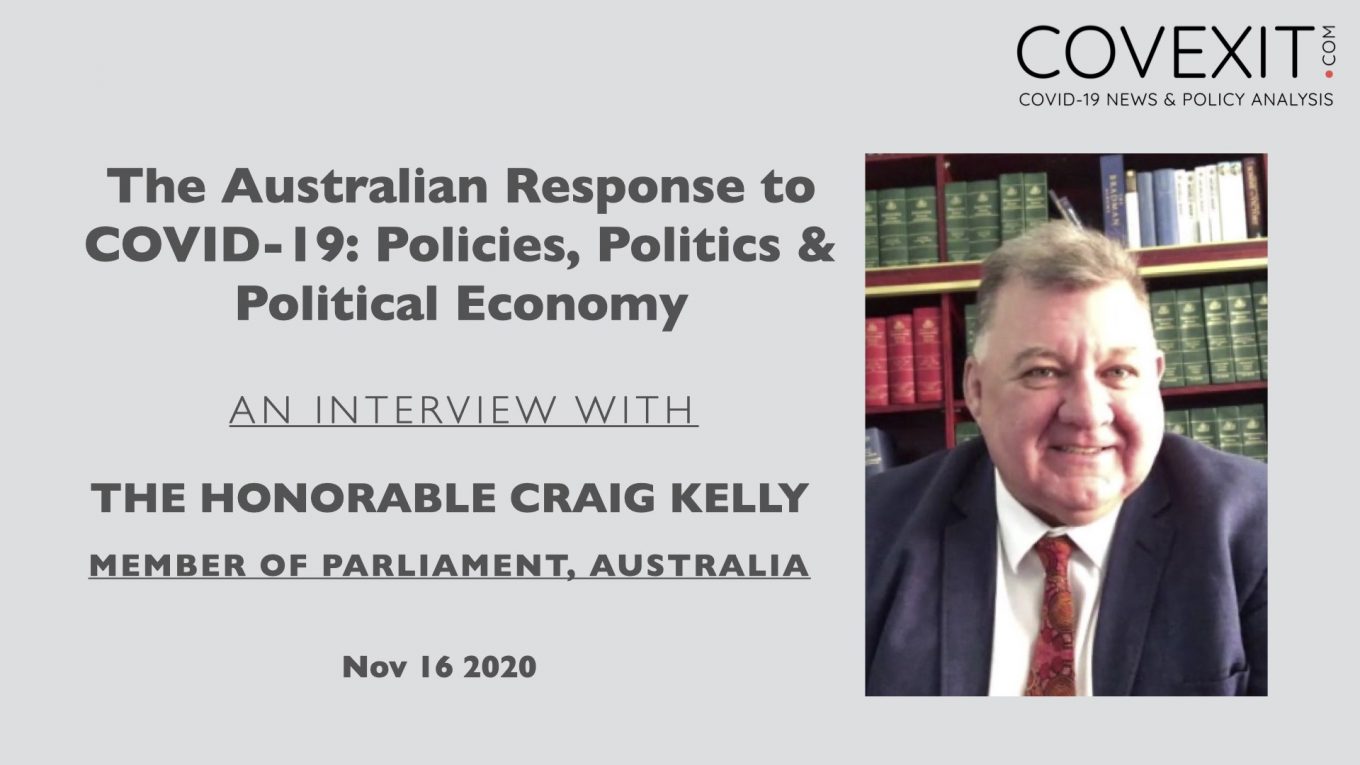 The Australian Response to COVID-19: Policies, Politics & Political Economy. An Interview with the Honorable Craig Kelly, Member of Parliament, Australia

Welcome to this interview of the Honorable Craig Kelly from Australia, who was first elected to the House of Representatives for Hughes, in the vicinity of Sydney, in New South Wales, in 2010. He was since re-elected three times, in 2013, 2016 and 2019.

Mr Kelly is a backbencher for the Liberal party, which is currently in power, in a coalition with the National Party. He is serving or has served on various Committees, including on Law Enforcement, Foreign Affairs, Defence, Trade, Migration, Economics, Environment, Energy, Industry and Innovation.

Prior to become a member of parliament, he worked many years in the private sector, as an export manager in his family business.

This interview covers a range of aspects of the Australian response to COVID-19. This includes:

This interview was recorded on November 16. We experienced unanticipated weird problems with the Internet connection, towards the end of the interview. The last 5 minutes have not been included because of the resulting sound issues.