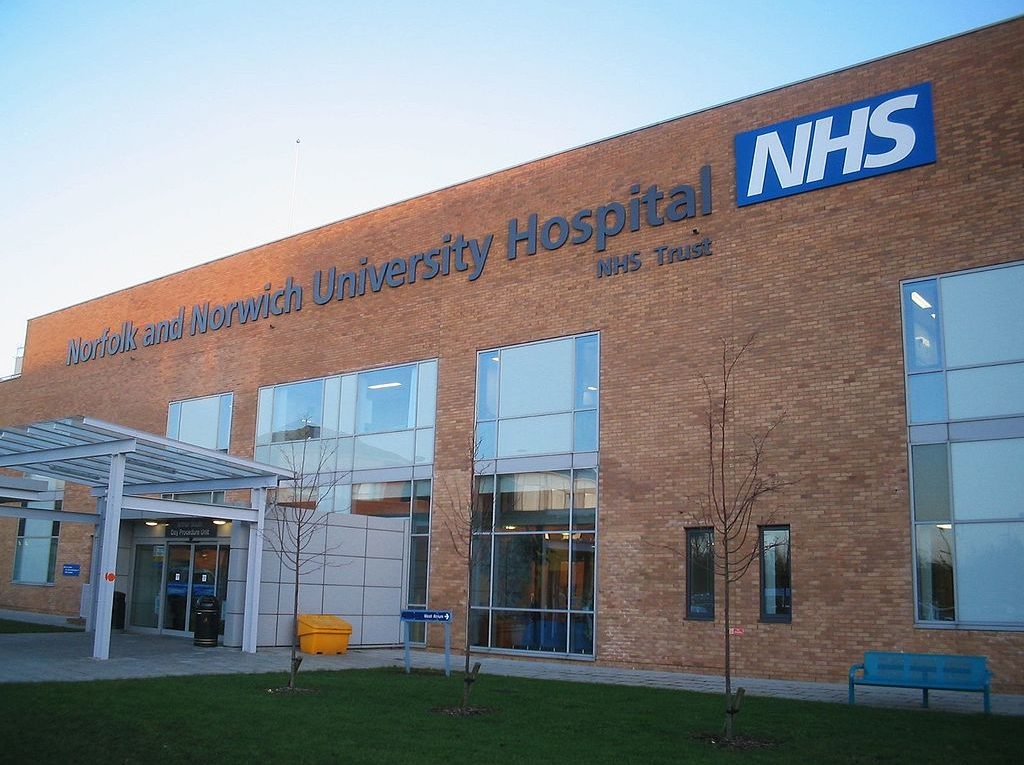 This is a quick overview of the nonsensical COVID-19 policies pursued by Boris Johnson and the UK authorities. It covers the repression of early pre-hospital treatment, the “oral antivirals” that are now promoted despite weak evidence and risks, the vaccines’ questionable effectiveness and safety and last but not least the infamous and possible wild card Omicron. And of course, the UK is not alone in such nonsensical policy approach, so wherever you are, you may want to read …

In June 2020, I wrote an article titled “The UK Therapeutic Approach to COVID-19 is Flawed, Yet it Can Still be Rectified.”

The focus was then on the already severe repression of early outpatient treatments by the UK authorities. Early prehospital treatments were already successfully used, in the US for example by Dr. Vladimir Zelenko, leading to prompt recoveries and considerable reductions in hospital admissions. But they were denied to the UK population, as pre-hospital treatment was declared ineffective by the authorities (mostly on the basis of an inadequately run and high level mortality hospital level clinical trial!).

The injections were not yet available. The authorities were claiming that their policies were protecting the NHS, but in reality, their policies were achieving the contrary. They were actually exerting considerable pressure on hospitals by refraining to treat the disease in the first days of symptoms, when treatment is much more effective and prevents progression towards severe disease.

This failed approach led to considerably increase hospital admissions and to compromise therapeutic outcomes, as the disease had already typically progressed to the harder to treat cytokine storm stage.

Only poor quality, high mortality hospital treatment was then used, comprising remdesivir (which was never tested in the UK and is recommended against by the WHO), inappropriately dosed dexamethasone (“discovered” by the UK), supplemental oxygen and intubation. Things have not really improved since.

As we reported in April 2021, after a year of denial to the people of early treatment protocols relying on drugs such as Ivermectin, Hydroxychloroquine, Aspirin, Colchicine, etc. the UK prime minister announced he would now promote “Oral Antivirals,” as long as those were “new,” thereby excluding all such generic, extremely cheap drugs, even if widely and successfully used in a range of countries, especially in Asia and Latin America.

In the UK, the first antiviral to be used is molnupiravir, presented by the government as “safe and effective.”

“The antiviral Lagevrio (molnupiravir) is safe and effective at reducing the risk of hospitalisation and death in people with mild to moderate COVID-19 who are at increased risk of developing severe disease,” the Medicines and Healthcare products Regulatory Agency (MHRA) announced on November 4th.

A re-analysis of the results of the Phase II/III trial found, however, that the drug may actually be counterproductive and possibly dangerous to use.

“The main observation is that the earlier patients are started on Molnupiravir, the worse their outcomes tend to be. Also, the Molnupiravir arm of the the Part 2 Trial had 33% higher risk of hospitalization or death, compared with the placebo arm. Conclusion: Molnupiravir is not effective for COVID-19.”

Despite these findings, the drug is still being promoted, yet with just a small – 30% – potential benefit.

There are also very serious concerns about mutagenic risks, namely dangerous variants of SARS-COV-2 being facilitated by broad use of this treatment.

Despite all these negatives, the UK is going forward with offering molnupiravir as an outpatient drug, in the context of a clinical trial. The drug will not be offered in combination with other early treatment drugs, as best outpatient treatment practices for COVID-19 dictate.

In addition, it’s a randomized controlled trial, with the population being used as guinea pigs and offered either placebo or the (poor) treatment drug, plus the equally infamous “usual care.”

“Those consenting to be part of the study will be randomly selected to either be in a group who receives a course of an antiviral treatment, or a group that doesn’t.”

The aim is to have 10,600 participants in the trial. Why? Here is the answer, as found in the protocol:

5300 participants will receive placebo (no treatment) and another 5300 will receive a treatment already known to provide very limited potential benefits. But with “Oxford research” involved, it’s pretty unlikely many will understand how ill-suited this research actually is to help people overcoming C19 and more generally for improving the prehospital treatment of C19.

Note that the bar for this trial is set extremely low. With multi-drug approaches, as practiced by hundreds of doctors in the US and thousands world-wide, the need for hospitalization is considerably reduced. An 84% reduction in hospital admission was already achieved by Dr Zelenko back in March 2020!

But here, the goal of this PANORAMIC / Oxford trial is to just reduce it by 33%, which is actually kind of a giant step backwards.

Unlike re-purposed generic drugs such as Ivermectin, which cost just a few dollars for a full treatment, Molnupiravir is expensive, yet the UK has already bought lots of it. The NHS, which is supposed to control costs and spend taxpayers’ money judiciously, has actually procured a whopping 480,000 doses at an estimated price of US$713 (about £520) per dose!

Note that, in the UK, the “British Ivermectin Recommendation Development Group” also known as “BIRD-Group” has made considerable efforts to attempt convincing the UK authorities to let British doctors prescribe the incredibly cheap Ivermectin, which also enjoys an incredibly favorable safety profile, but have been unsuccessful so far.

Let’s not forget. Only new (and expensive) antivirals are welcome by the Johnson government. Just taking care of people with old cheap drugs with an excellent safety profile is simply not on the agenda.

Did the Saviour Deliver the Promised Outcome?

Did the saviour, aka the “vaccine” deliver the promised outcome? Of course not! Despite a December 8 2020 early and rapid roll-out, there is a continuing increase in deaths attributed to C19. For sure, there was a deceleration in the first months of the injection program, but that is now over. The curve is not being flattened. And the UK is way above the world average when it comes to per-capita Covid deaths.

When it comes to the efficacy of the injections, the official narrative is not supported by the facts any longer, yet it continues, unhinged.

As insanity seems to rule public policy in the UK, the plan is now to go for more booster jabs.

And when it comes to safety of the injections, the avalanche of adverse events continues, week after week, as reported in the Yellow Card system.

For the 3 injection types combined, this amounts to 398 424 reports, including 1 790 fatal outcome reports.

Despite the considerable number of adverse events, including fatal ones, and the poor efficacy of the injections, the UK authorities’ approach is to do more of the same, not only with booster shots but also with injecting groups that are extremely low risk of COVID-19, especially children, with devastating consequences, including deaths and serious adverse events such as myocarditis, which is particularly impacting male adolescents and young adults.

Despite the considerable risks and poor expected effectiveness, the injections are presented by the UK government as safe and effective for children, in a similar way as they are presented as such for adults.

This approach of injecting extremely low risk groups is in fact just risk, with zero benefit, and may have incredibly devastating consequences, as the medium and long term effects of these injections are barely understood at this point.

The official message is always the same: “safe and effective.”

Now, let’s look at natural immunity and herd immunity. You may remember that Boris Johnson and the UK authorities flirted with the concept of herd immunity at the beginning of the pandemic, being lukewarm to implement lockdowns, closing schools, etc. Why was that? Because letting the virus spread in the population, as articulated by Johnson in this interview, was expected to lead to herd immunity.

But today, is natural immunity recognized by the UK authorities? Of course not, even if a considerable share of the population has already had Covid and recovered from it.

The UK authorities are certainly aware that numerous studies support the existence of naturally acquired immunity to COVID-19. Yet, this fact is being ignored, even if (or unfortunately because) its recognition would have considerable, incredibly important public policy implications.

To be noted is that the UK prime minister Boris Johnson was hospitalized for COVID-19 and therefore benefits from post-COVID natural immunity.

Yet, he received a first shot, a second shot and a booster jab, all totally unnecessary and actually counter-indicated, according to experts such as Dr. Peter McCullough.

Even if naturally immune, Johnson also self-isolated following a possible contact with an infected person, again, a totally unnecessary action, having for effect to perpetuate the anti-science narrative that there is no post-COVID natural immunity.

Nonsense Expected to Continue with Omicron

The nonsensical approach of the Boris Johnson led UK government is expected to continue, if the past is an indication of the future.

While data suggest that the symptoms of Omicron, which has so far been mostly found in vaccinated people, are mostly mild, whatever the injection status, Boris Johnson is seeing in Omicron a new emergency …

Expect more boosters and a return to restrictive measures, even if there is a bit of opposition to such measures, especially before Christmas, within Johnson’s own conservative party.

Maybe the UK got Brexit with Boris Johnson, but clearly, there is no “Covexit” in sight!

What can the UK population expect? Probably more suffering, more disease, more hospital admissions and more deaths, because of this continued denial of quality treatment to the population, both before and during hospitalization, unless of course Omicron is really really mild and spreads fast – an aspect on which expert opinions diverge.

And while Omicron is seen in some quarters as having such potentially beneficial effects in the short term, its medium / long term effects may not be that positive, when considered in the context of mass vaccination, as explained by Geert Vanden Bossche in his post “Omicron; the Calm before the Tsunami?”