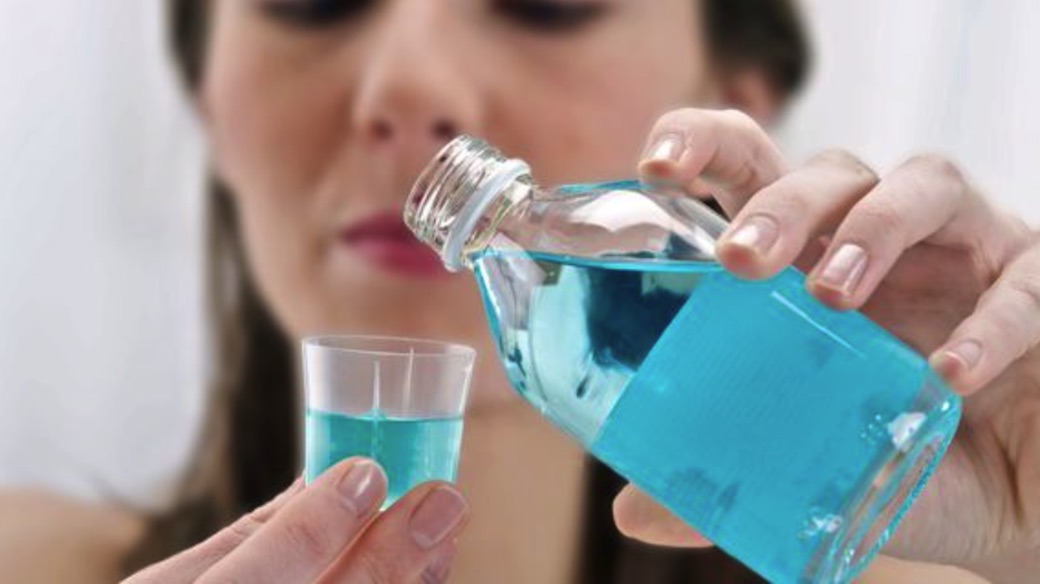 You probably have heard about outpatient therapies relying on medications such as ivermectin pills and monoclonal antibodies infusions. But have you heard about povidone iodine mouthwashes for COVID-19?

Importantly, while there are many restrictions on medications for early therapies for COVID-19, Povidone iodine is widely available in pharmacies and does not require any prescription. Of course, if you purchase it, be careful and get a quality product at the right concentration.

On January 1 this year, little noticed was an article published in Bioresearch Communications, by Md. Iqbal Mahmud Choudhury et al. The article reports on a clinical trial comparing a povidone iodine mouthwatch (treatment) to lukewarm water (control). The clinical trial shows a considerable reduction in hospitalization and mortality with the use of this povidone iodine mouthwash.

In this randomized clinical trial, the treatment group had 303 patients who underwent  mouthwash/gargle,  nasal  drops and eye drops with 1% povidone  iodine  4 hourly  for 4  weeks, as  well as symptomatic treatment according to need. The control group also had 303 patients, who were advised mouthwash/gargle, nasal cavity and eye wash with lukewarm  at same frequency and were also given symptomatic treatment according to need.

Regarding the need for hospitalization, it amounted to 20.79% of patients in the control group and 3.30% only in the treatment group, i.e. a 84% reduction in the need to transfer patients to the hospital.

In the authors’ words: “the group of patients used 1% PVP-I  have  shown  tremendously  reduced  mortality,  morbidity  and  hospital  as  well  as  financial  burden  in  this  covid situation. … Administration of 1% PVP-I  as mouthwash/gargle, nasal or eye  drop is simple, rapid and cost effective in reduction of  mortality and morbidity by COVID-19.”

Evidence and Mechanisms of PVP-I Against SARS-CoV-2

A more recent article, dated March 15, authored by Diti Chopra et al. reviews the evidence and mechanisms of PVP-I against the SARS-CoV-2. The paper, to be published in the Japanese Dental Science Review,  notes that “one of the most simple and cost-effective measures that can be adopted by the public and healthcare professionals to prevent cross-contamination  and  community  transmission,  is  the  implementation  of  effective  oral  and  throat hygiene.” The article “highlights the rationale, safety, recommendations, and dosage of PVP-I gargle/mouthrinse as an effective method to decrease the viral loads during the pressing times of COVID-19.”

Below are key excerpts of the research by Diti Chopra et al.

“Oral hygiene intervention, along with the gargling/mouthwash with an antiseptic having virucidal properties is  imperative during  this  pandemic  of  COVID  19.  Based  on  the Occupational  Safety and Health Administration guidelines, PVP-I is safe to use as a mouth rinse, and the existing in-vitro studies and patient-based clinical trials confirm its virucidal property against SARS-CoV-2.”

“Routine PVP-I gargling/mouthwash/nasal spray can be   implemented for all   hospitalized   and   non-hospitalized, symptomatic, and asymptomatic patients infected with SARS-CoV-2 to reduce the viral load. It is equally essential for healthcare   professionals (dentists,   dental   assistants,   dental   technicians), isolated   and quarantined individuals, frequent travelers to use PVP-I mouthrinse to minimize the risk of cross-infection in both the hospital and non-hospital settings.”

Rationale for PVP-I use during SARS-CoV-2 infection

“Since the oral, nasal, and respiratory tract is strongly interconnected, the importance of maintaining good oral hygiene by gargling and rinsing with an antiseptic mouth rinse during the respiratory tract infections like SARS-CoV-2 is crucial.”

“Studies have shown various components of the oral cavity, such as gingival crevices, buccal mucosa, tongue, tonsils, palate, micro-cracks on the tooth surface, provide a perfect niche  for viral  particles in  patients  suffering  from viral respiratory infections12,13. Moreover,  the oral biofilm-induced  periodontal  inflammation  is also linked  with the  development  of  lower respiratory  tract  infection  that  can  trigger  the  onset  of ventilator-associated pneumonia”

“PVP-I is a broad-spectrum microbicidal which inactivates bacteria, fungi, protozoans, and several viruses.”

“PVP-I has the maximum virucidal activity among other commonly used antiseptics such as Benzethonium chloride, Benzalkonium chloride, Chlorhexidine gluconate, and alkyldiaminoethyl glycine hydrochloride.”

“The virucidal mechanism of PVP-I is due to its free or non-bound Iodine/I2 that is released into its environment from the complex of PVP-I.” … “The I2 destabilizes the membrane envelope and causes lysis of viral proteins.”

Evidence that PVP-I can inactivate SARS-CoV-2

However, extended rinsing with an appropriate dilution of PVP-I, for more than 2 minutes, up to four times a day, is advocated to reduce the incidence of airborne respiratory infections such as avian  flu, SARS,  swine  flu.” … “Gargling with PVP-I has been recommended by the Respiratory Society in  Japan for  the  prevention and treatment of  hospital/  community-acquired respiratory infections.”

Variants of PVP-I in the form of scrubs, solutions, swab sticks, labeled for external use, should be avoided  for  oral  and nasal  applications, as  they contain additional  salts and  co-solvents. The concentration of the PVP-I solution and the duration of exposure should be optimized to maximize the virucidal effect.

Safety and tolerance of PVP-I

“PVP-I gargle/mouthwash is well tolerated when compared with other antiseptic agents. Povidone-iodine can be safely administered for up to five months in the nasal cavity, and six months in the oral cavity.”

“An in vivo study confirmed that prolonged use of 1% to 1.25% PVP-I gargle did not irritate mucosa or result in any adverse effects of up  to  28  months. Povidone-iodine  gargle  did  not stain  teeth  or  cause  a  change  in  gustatory function.”

“Although a  small amount  of iodine  is systemically absorbed from the mucosa, thyroid function is not commonly affected. However, an increase in the serum  thyroid-stimulating  hormone  concentration has been  noted in  individuals with prolonged PVP-I treatment (24 weeks)41–48. Under these circumstances, it is advisable to have a 3-week interval to allow the serum TSH levels to stabilize. PVP-I should be avoided in patients with hyperthyroidism, thyroid dysfunction states, pregnancy, and lactation48-51. Allergy to PVP-I is also extremely rare, with a prevalence rate of 0·4%.”

Note that, according to C19Study, there are so far only 3 studies on the effectiveness of povidone iodine, yet each of them points at a considerable effect, with an average 85% improvement when used as an early treatment C19.